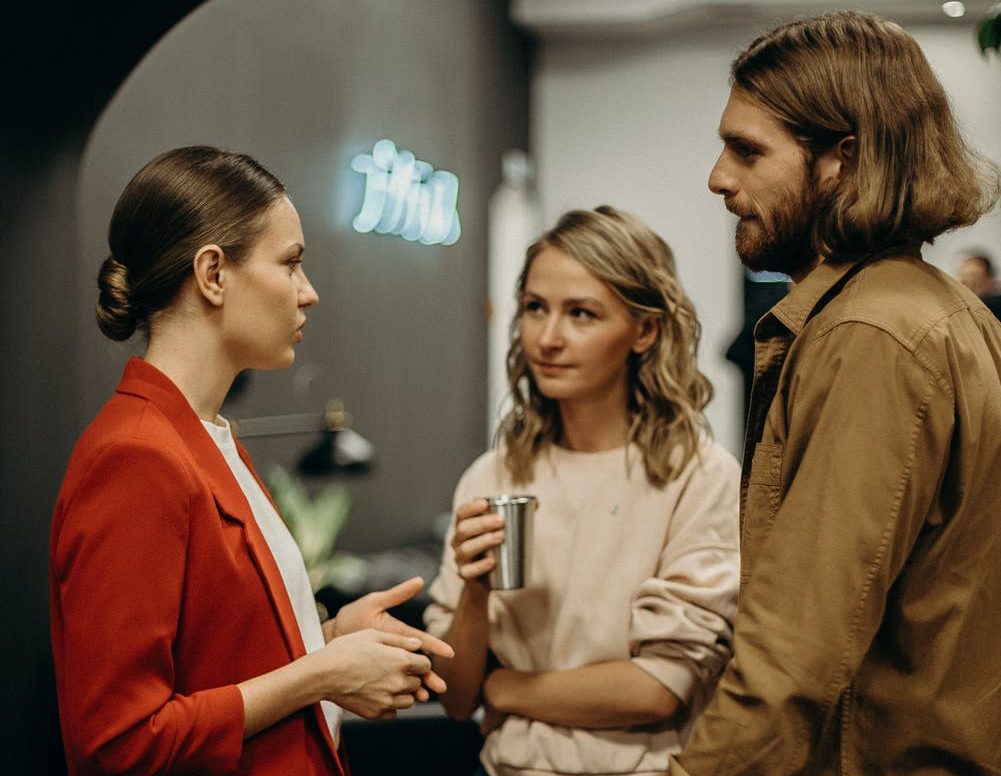 There are healthy relationships and then there’s this one:

So my boyfriend of 9 years (let’s call him Andrew) and I just moved to London so he could do his undergrad degree and I could pursue my career. . To live as a couple we have been living with a roommate (let’s call her Lauren) in a two bed apartment.

I have supported him financially over the last 4 years at different times paying his share of the rent. In that time he has had a part time job in retail. Last year 2018, he was working full time and I was working part time and studying but I paid the rent and bills then. He was saving for the first year of his undergrad because due to some circumstances he could not get that funded.

In October, we moved to London so I could get a graduate job and he could study at University here with the understanding that I would pay the rent and bills so he could study.

When we moved I believed he would get some kind of job to help contribute in some way around his studies. As of January he still had not got one as he said he was unable to find any part time work.

Since October, him and the roommate have been spending lots of time together. I leave earliest in the morning and I’m the last one home at night (usually home around 7.30pm,). Lauren is home with Andrew from around 6. There are times I’ve come home to find both of them out doing activities together without letting me know they were even going. They have done things like order food for dinner without asking if I would want anything. One time I even arrived home and met the Deliveroo driver in the hallway.

For a long time, I’ve felt like the third wheel, they have inside jokes, have watched movies without me, gone on days out to museums and explored the new area.

Andrew and I have been having constant conversations about our relationship and if we should even be together. He feels that I have used him as a therapist and that I am too emotional, have no direction in life, I’m not independent, mature and I am not consistent and I am unpredictable. So you are aware, my mum was diagnosed with cancer last year and my dad is having bad mental health problems. My granny and grandad also passed away in 2019. Last year I finished my undergraduate degree and managed to secure a good job before moving over to London.

In the last two weeks my mum has had a serious health scare and my dad tried to commit suicide.

On Wednesday Andrew told me that he had made a decision that though he had tried to help me to be more independent emotionally, he was unable to support me anymore. I then left it to calm down. Then I went to the living room where Andrew and Lauren were hanging out and then he clarified that he wanted to break up with me. Andew and Lauren have both admitted that they have feelings for each other and they want to see how things go. They have said that I don’t have to understand but I have to accept how they feel. At the time Andrew said that we should ‘never say never’ to being back together but the current situation ‘is what it is’.

They both want me to stay in the apartment and move out so that I don’t isolate myself in a new city as they both care for me (or so they say, I have a feeling it could be more to do with the fact that I am paying half the rent). They have also advised me not to go on any dates so that I can take the time to emotionally heal.

When they first told me I said they could both pursue their new relationship immediately. However after a day or so I told them that would make me extremely uncomfortable. They have then said I am being inconsistent with how I am I feeling. I have said I was in no right mind to make any decisions when I was just broken up with but they don’t seem to understand. They have said they want to help me through this and they believe they are making many accommodations for me by not flirting in front of me, using her room instead of the living room when they want to spend time together.

On Saturday Lauren admitted to me that they had already kissed on Thursday night. Andew and I have a lot of mutual friends and he asked my advice on how best to mention Lauren to our friends group without putting her in a bad light.

Andrew believes that for us to be together I need to change how I am. He has tried to help and advise me and I haven’t acted on any of it. He feels that I rely on him to do everything such as listen to me when I have any problems and he doesn’t feel that I am taking action on his advice.

Over the last 4 months I haven’t made as much of an effort as I should have to meet new people and I have been relying on both of them to be my friends in a new city. I have however tried to pursue things like piano and art at home. All I asked of them was to let me know if they were doing something or at least invite me out even if it was too late for me to go.

Lauren is also aware that Andrew may end up getting back with me and is happy to let him take his time to decide.

Andrew believes all of this is my fault and that all I need to do is improve myself and become independent so that there is a chance that we can get back together. By the way, I am the one paying for all of the rent in London (obviously expensive) while he does not work.

They fully expect me to stay in the flat, be friends with them both and make it work.

Just to note a few red flags right off the bat…

It’s impossible to know exactly what’s going on here just from this post, but my initial impression is that this guy is either narcissistic or sociopathic and happy to use her while she’s a doormat with low self-esteem who’s far too willing to be jerked around.

Let me tell you what I’d tell a female friend in this situation. If her boyfriend wants out, great, that’s his right, but once he does that, she has no more obligation to him. He doesn’t get to have her continue to pay his rent, make excuses for him to their mutual friends and stay available for him in case he wants her back while he has sex with another woman.

What that means is at this point, she needs to move out, move on, cut the cord and move on with her life.