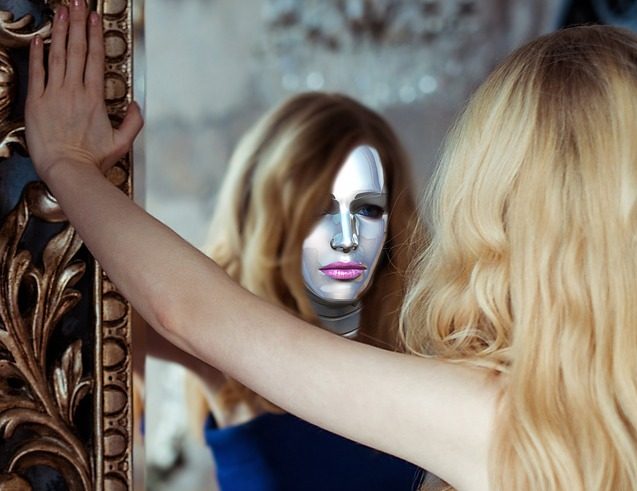 Should she be concerned? Not really. Read her post and then we’ll talk about why:

My boyfriend and I have been dating for 1.5 years now. I found out he’s been following a few underwear models who look nothing like me, and he jacks off to them.

All these models all have large breasts and bottoms, and are all very curvy. I’m the opposite. I’m thin and small chested.

Honestly, at this point, I’m feeling really self conscious about my own body now around him. It makes me wonder if I even turn him on, or if he’d rather just be jacking off to these models. I don’t know what to do, or what to think.

I’ve stopped eating proper meals, and I’m working out as much as possible while feeling like crap about myself. I just wish he’d look and see me the way he does with these models. Please help…

TLDR: boyfriend follows underwear models who are the complete opposite of me physically, and he jacks off to them. I’m feeling the shittiest I’ve ever felt about my body in a long time now

All of us have different things we like in the opposite sex and many of them were formed subconsciously when we were younger. Later, we tend to forget the source and just assume they’re tendencies. Incidentally, this is similar to how a lot of fetishes start. For example, a 15-year-old might get turned out by a girl, notice she’s wearing high heels, make the association in his brain and later he ends up with a thing for feet.

Because I learned about this concept when I was younger, I was able to identify the source of a few of the things I like about women. For example, there was an older girl in high school I thought was amazingly attractive and she had curly black hair. Guess what? I still have a thing for women with curly hair.

The sources of most of the other things I particularly like about women are mostly lost to the mists of times. Deep southern, English or Irish accents. Very curvy women. Americanized Asian women that aren’t meek and don’t have accents.

However, here’s the thing. Has every girlfriend I’ve had checked off one of these boxes for me? Some have, but most haven’t. Did I still like the girlfriends who didn’t have those qualities? Yes. Was I still sexually attracted to those women? Absolutely.

Assuming that a man wasn’t attracted to you because he shows interest in a different body type would be like a man freaking out because his girlfriend thinks Chris Hemsworth is attractive and he can’t match his abs. It’s easy to understand why this would freak someone out, but it’s not really something to worry about as long as your significant other is showing sexual interest.