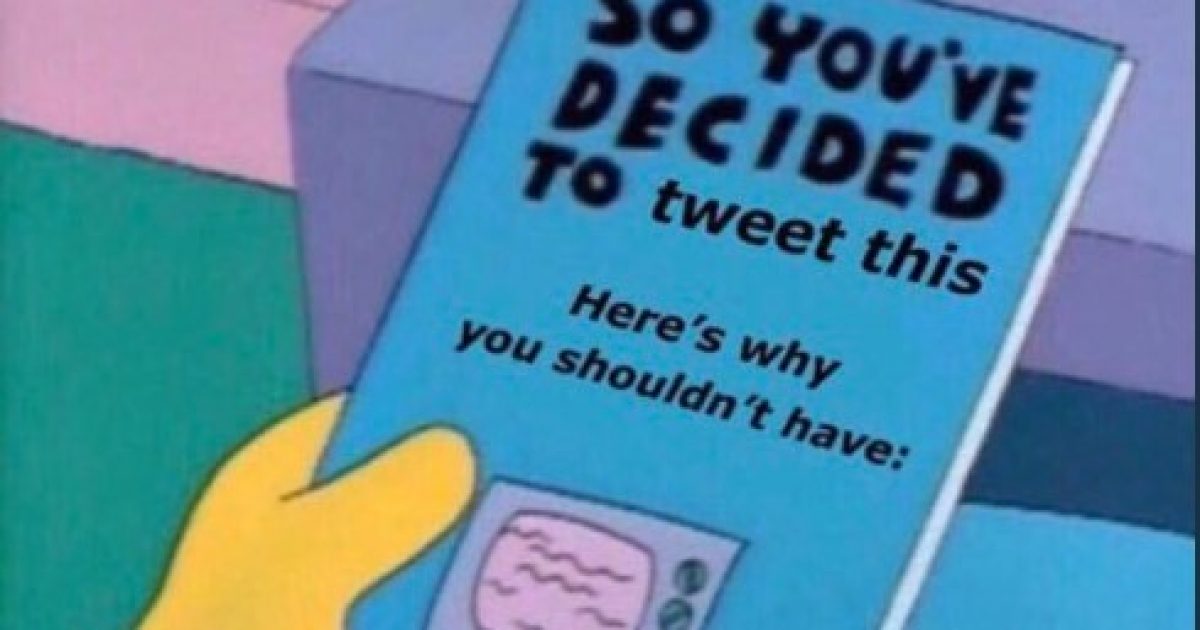 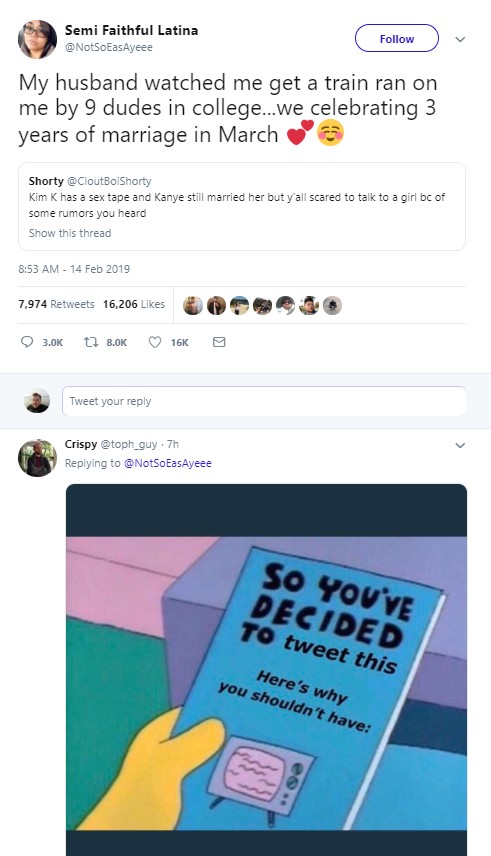 My first thought after reading that was the natural, “Holy sh*t, what guy could watch that and then marry that woman?”

That must make for a romantic story to tell people, right?

Latest: How to Come to Terms With Working For the Rest of Your Life

Semi-Faithful Latina: How did you two meet?

Friend: Well, it’s so funny. We were at a bar and some guy was bothering me and he walked up, told him to leave me alone. He was so manly, I just knew he was the guy for me! Right sweetie? How about you two? How did you meet?

Semi-Faithful Latina’s Husband: Oh, well she was like on all fours and there was a guy in front of her and behind pounding away. Then, they like high fived and were like, ‘This girl is queen of the hoes!’ At just that moment, she looked up, caught my eye and it was love at first sight!”