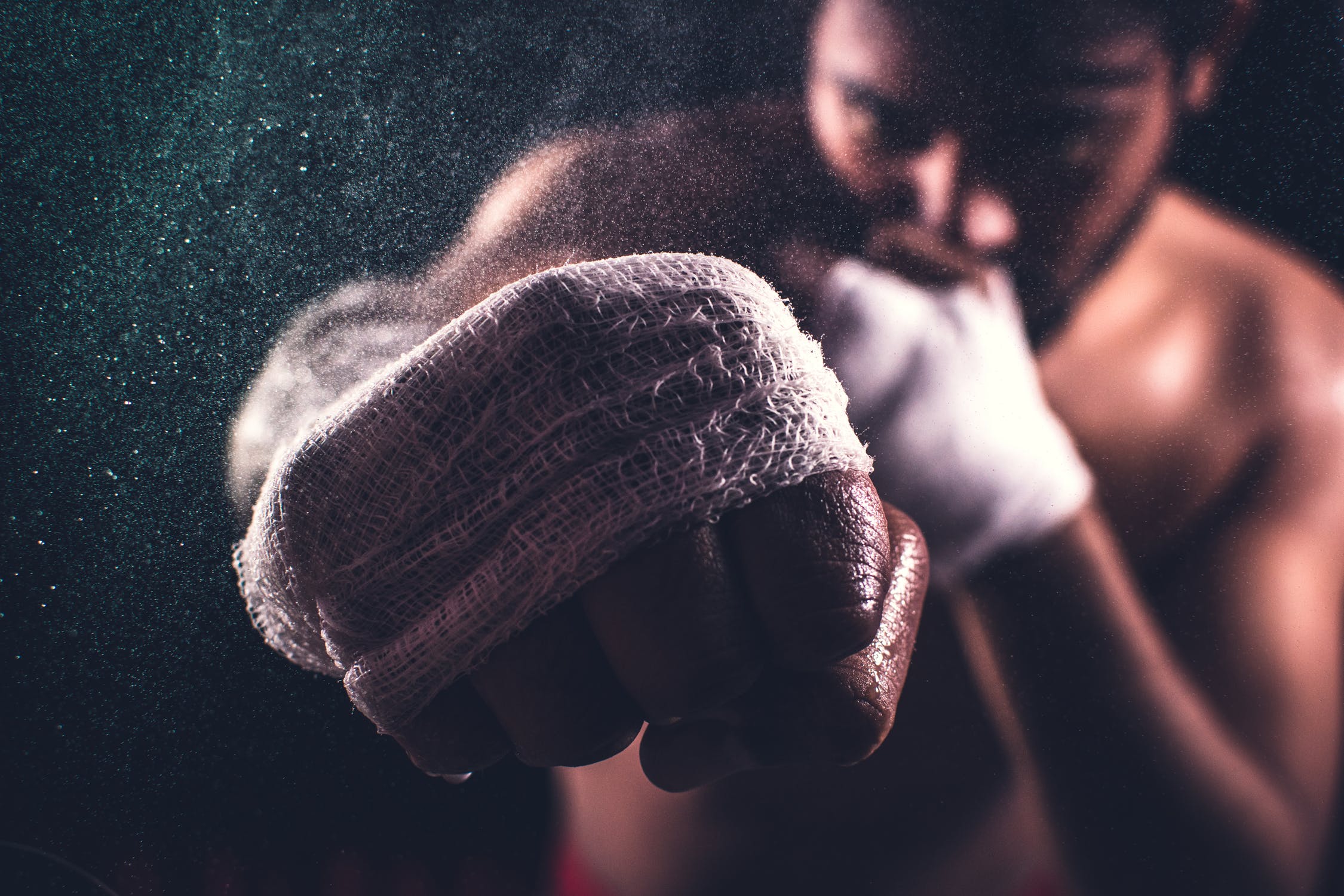 I come from the school of thought that says every man should be able to physically defend himself and others. Are you 11? Are you old? Do you have a broken leg that prevents you from standing up? No? Then you should be able to fight if you need to fight or this could happen to you.

This past Friday, I was assaulted after leaving a bar. The people who hit me I’ve never seen before. I was with a friend trying to get them so we could go back to campus. I’m telling everyone this argument isn’t as serious as they were making it out to be when all of a sudden I was sucker punched. That first punch didn’t do much. All of a sudden as I’m walking away, another individual hit me in the head from behind. As i was falling, I hit my head on the corner of a wall and split my head open pretty badly. I was literally able to stick my finger in my head.

I woke up after my friend helped revive me and I barely knew anything happened to me but he’s yelling in my face that I needed to go to the emergency room. That scared me because I have 0 insurance after recent law changes. I was taken in the ambulance and work up the next morning with my left arm and right foot restrained to the hospital bed. I was so afraid, and i was the only one there. I wasn’t even able to call my mom to tell her what was going on.

I later came to find out there was a video of the entire incident. The worst part about all of this was that the police were less than 10-15ft away and they just watched. Part of me wants to attempt filing a police report but the other half of me finds that idea to be pointless because if they didn’t bother helping then, why would they now? I’ve never liked the police but now my feelings are so much more justified.

This all happened because i was trying to defend a girl who was in clear need of help. I was helping her more than her own boyfriend was and this is the thanks I receive.

I just wanted to post this kinda to vent and kinda for ideas of moving forward. My mom and I FaceTimed yesterday and it took me like 15 minutes to show her my face because i was crying so hard worried about her reaction. This just really sucks

Put another way, he got into an altercation in a bar over a girl that he didn’t know. Was that justified? There’s no way to know that from what he says, but it brings up our first important point.

First of all, mind your own business if it’s possible to do so. Yes, situations exist where you may need to assert yourself into a situation to safeguard a stranger, but that is probably not going to play out as you see in the movies. You may get a half-dozen drunk dudes in a bar wanting to kick your ass. The girl you “help” may not be grateful at all. Just to give you an example of what I mean, I noticed this comment on the post above:

Feel for you hope you are doing better. I was stabbed trying to defend a woman getting her ass beat. Wanna hear the best part? she hated me for it dragged my name through the mud would go on a tantrum any time we ran into each other. And she continued the relationship with the guy SMH!

Second, if you have a serious dispute with someone in a bar, your level of situational awareness, which should already be high if you are a man, should kick into hyperdrive. Had he been more aware of the threat, there still might have been a scuffle, but he may have ended up with a bloody nose or black eye instead of being blindsided TWICE and knocked unconscious.

Third and most importantly, if you haven’t trained to defend yourself physically, then you should. Failing that, you should get a gun and learn to use that. Learning to fight will give the confidence and ability to handle situations like that, get you used to being hit and will keep you from doing stupid things like just continuing to walk on after you’ve been blindsided once, leaving you open to be hit from behind again. There are a lot of men, especially bigger men, that THINK they can really fight that will be quickly disabused of that notion if they get in a real fight with someone that has some training. Spend a year or two diligently learning boxing or Muay Thai just to name a couple of arts and fighting you will turn into a bad night for most guys.