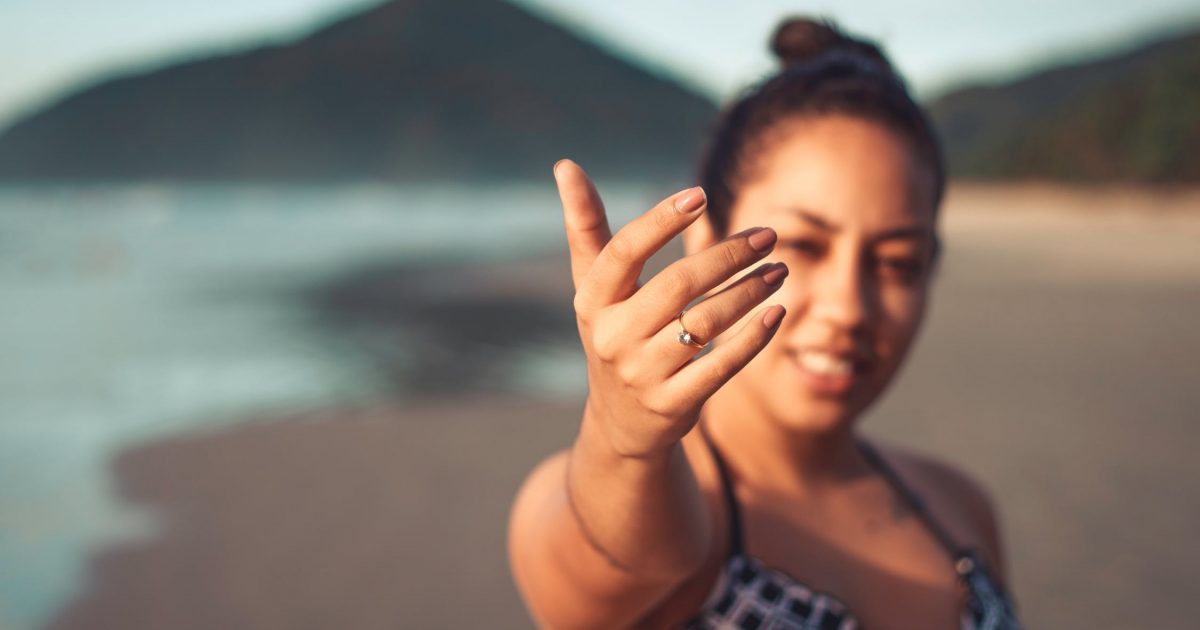 After seeing all the red flags in here, you almost have to go, “yeah, of course, she did…” 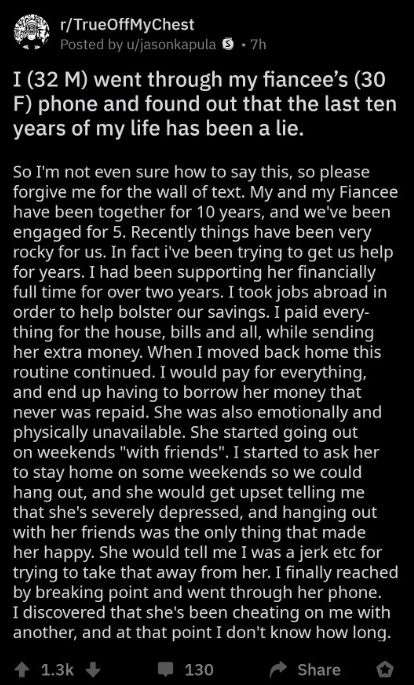 Red flag #1: Together for 10 years & engaged for 5 years. If you are 32 and have been with the same woman since she was 22 without getting married, something has gone horribly wrong.

Red Flag #2: I’ve been “trying to get us to get us help for years.” So, it’s a long, unhappy relationship.

Red Flag #3: They’re not married and he’s paying for everything.

Red Flag #4: He’s feeling enough financial pressure that he’s having to work abroad to pay for everything. He’s a little unclear in his phrasing, but it sounds like he had to borrow money for her that he couldn’t pay back.

Red Flag #5: She was emotionally and physically unavailable. So basically, he was spending all that money to have a not particularly friendly platonic roommate.

Red Flag #7: She’s going out with friends on the weekends constantly. Almost as if she wants to get away from him or meet with someone she’s more excited to see.

Red Flag #8: She couldn’t bear the idea of staying home with him on any weekend.

Red Flag #9: She said going out with her friends was the ONLY thing that made her happy. In other words, doing things with him doesn’t make her happy.

Red Flag #10: She thinks he’s a jerk because he wants to spend time with her, his fiancee, on the weekends.

With that many red flags, it would almost be a surprise if she isn’t cheating on him. Now it’s over, he’s wasted a decade of life, an enormous amount of money and for what? I’m not blaming him, but pretty clearly he should have checked out of that relationship years earlier. It’s never easy to end a long term relationship, but if you are looking at that stack of red flags and trying to hang in there, you are tempting fate.