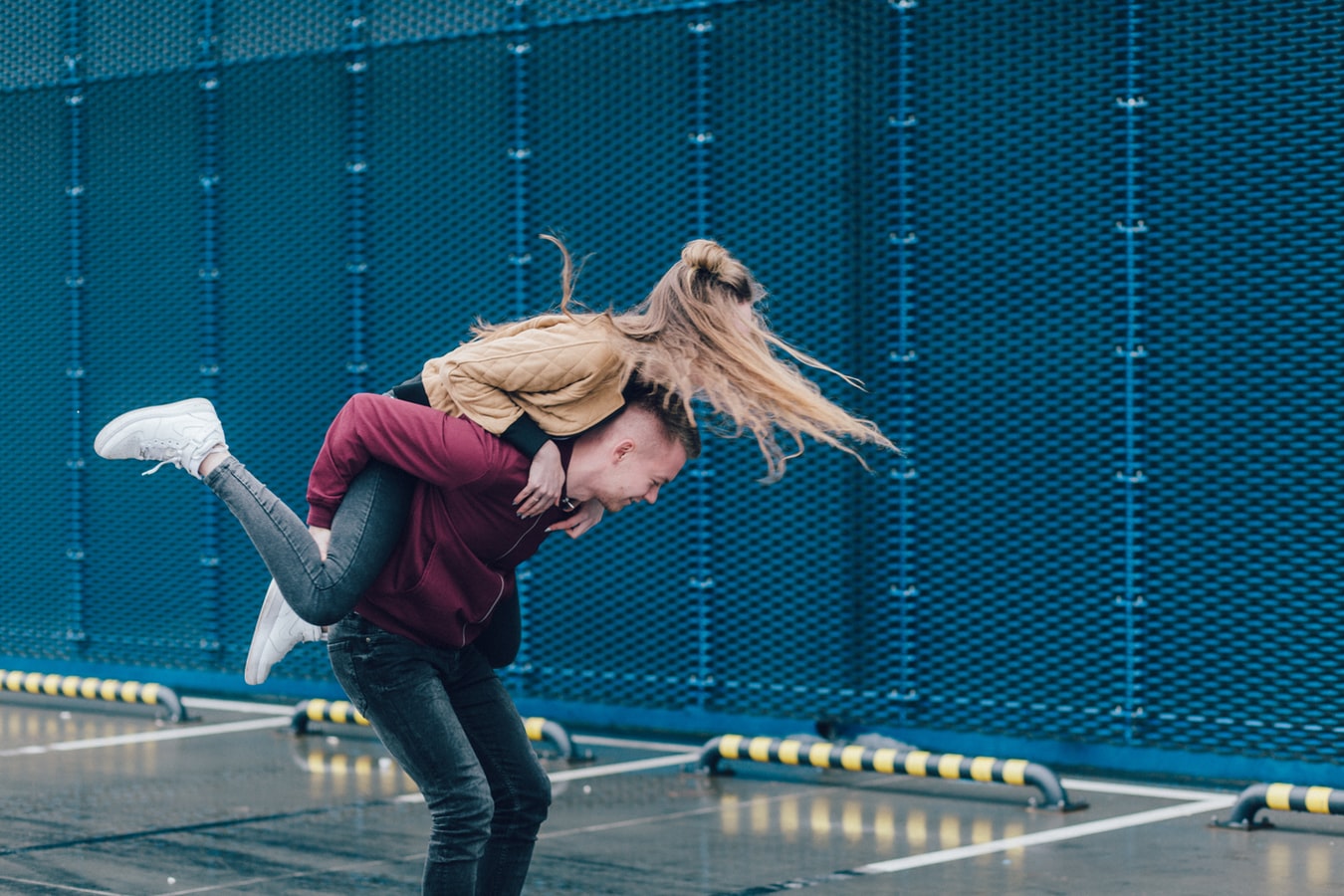 I’m not sure any of these are replicable, but they’re definitely funny stories:

— One night I, a man, was outside a nightclub and I bumped into a girl who was a friend of a female friend of mine. We had only met once before very briefly and I thought she was amazing. We started making small talk and I was the right amount of drunk to be uninhibited but coherent lol there was a mall across the street and behind the semi open shutters were flowers in pots. I asked her for a kiss and she was like hmm I dunno, I said how about if I gave you a flower to make this more romantic, her back was to the mall and she couldn’t see the mall flowers. So I walk over reach my hand in and after a few minutes of struggle I pull out a cactus… Drunk eyes didn’t see they were all cacti not flowers. This seemed to impress her more. We kissed and after someone took a pic of her and I hugging and her holding a pot of cactus at 2am.

— Meeting my current girlfriend’s family and friends for the first time when we weren’t even official yet (had only gone on 3 dates). They were all drinking and I wanted to make a good impression by joining in with the fun and relaxing a bit. We played some drinking games which I absolutely sucked at, and as a result ended up drinking full solo cups of straight tequila. Ended up getting yelled at by her grandfather for being too loud, falling into a bathtub, vomited on myself in bed and on the floor and proceeded to have very loud sex where I loudly kept slapping her butt which to this day I cannot remember at all (had no idea when I woke up that I even had sex lol). To this day her family still reminds me of it, I’m honestly shocked she didn’t run away as fast as she could from this relationship. Been almost a year together now and thankfully I haven’t made any more “great first impressions”

— At a high school theater retreat I allowed this cute girl and her friends to shave my stomach hair into the shape of an arrow pointing at my dick. That was ten years ago, we’re married now.

— My buddy was hammered at a bar around closing time. He made eye contact with a cute girl and dead ass said “take me to bed or lose me forever.” She looks at him and says “wait right here my coat is in the back.” She drove him back to her place for an enchanted evening and they never spoke again. If that ain’t love i don’t know what is…

— First time trying ice skating and my future girlfriend was a ice hockey player. She saw me as I was grabbing the side and struggled to keep balance. I saw her looking at me and I turned bright red and thought fuck it and went for it going to the other side got about half way and ate shit she came over and asked if I was OK and I said it fine just tripped over my dick she laughed and we dated for 2 years

— At a party, my friend asked a girl, “Ya like jazz?” I was fully expecting her to laugh at him, but she said “yes, I do” and jumped straight onto his lap and they made out for the next hour. That was weird but impressive.

— My freshman year of college was the year of the clown craze. My roommate and my now ex decided we should go out to see if we could find one of the clowns that were rumored to be in our town. Being the dumbass that I am, I told them if we didn’t find one, my ex could pepper spray me with her roommates pepper spray. Well, LP and behold we walked around for two hours and found nothing. Fuck. She didn’t have the nerve to do it, but my other roommate sure as hell did. Next thing you know I’m laying on her dorm room floor while her roommate soaks towels in milk and I keep them over my face. Afterwards she told me it was one of the dumbest yet bravest things she’d seen anyone do. My sheer stupidity impressed her enough for another date though, so it’s a win in my books.

— I was out clubbing and was hanging out with a cute chick, we go outside for a cigarette and I light her smoke saying “never let a pretty girl light her own smoke” she responds “are you flirting with me?” Which made me think of get smart. I replied “that depends, is it working?” I went home with her.

— Freshman year of Highschool is about to end. Queue my best bro at the time and me in homeroom trying to pick our classes for next year so we have classes together.

I hit him with “orrr we can take French and get hella girls”. My mindset behind this was that French was the most romantic language.

Mf took no time to think on it and instantly agreed with me.

Obviously it didn’t immediately work, but I literally started dating a girl about Senior year because she overheard me say the only sentence I knew fluently at the time (I don’t even remember the French sentence, but translated it was “my favorite juice is apple juice”).

She thought it was cute that I “knew” French. I just went with it. It didn’t last long but man was it a trip. What started as a joke between my friend and me actually scored me a girl.

— I learned how to play D&D to impress this cute goth girl in college. I didn’t really get into it, but I got to be with her more and she appreciated the effort.

The only place she played was at this local comic book shop and the same nights they had D&D they also Magic: The Gathering and mother of god…..the fucking smell. I literally gagged the first time I went in there to play and I couldn’t eat anything the whole time. I just kept just trying to focus on her.

Worst part of the story is we dated for about six months and it was really cool. I learned new music and philosophy and I was really into her. One day ( this was way before the internet) someone told her I was on full scholarship for football and it pissed her off. She dumped me because she didn’t want to be around “muscle-headed jock boys.’

— Told her I was going to flip a coin if it lands on heads, I get to kiss her. Tails, she kicks me in the balls. Landed on tails. She wrung my nuts like she was juicing fruit and kissed me.