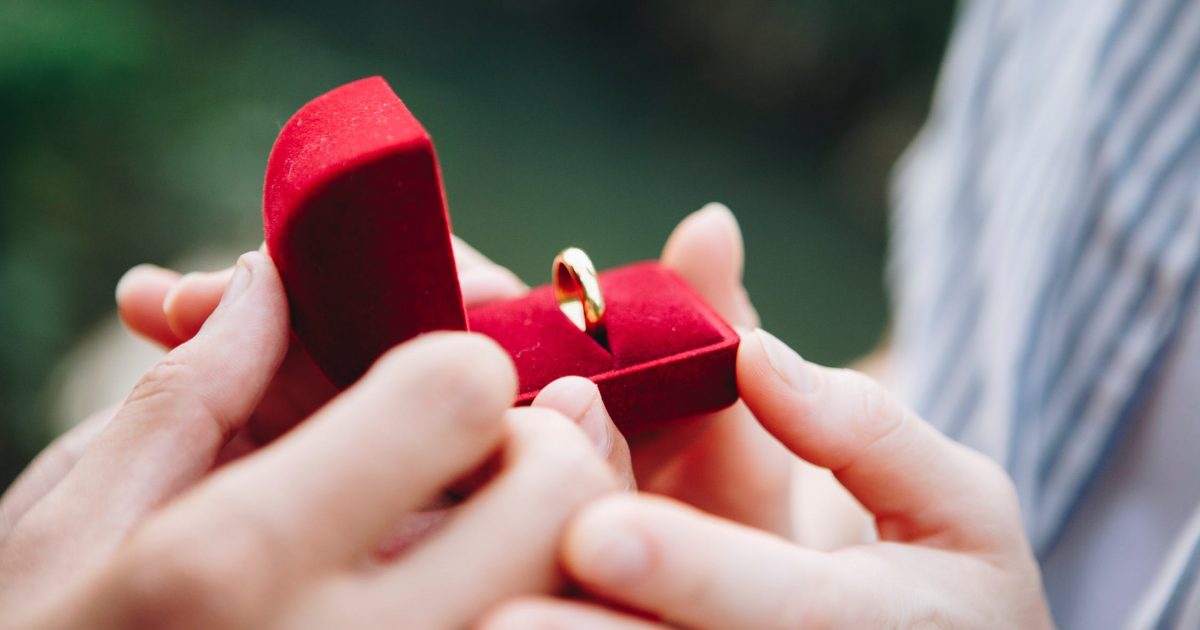 There was a time in my life when it just seemed obvious that getting married was the right thing to do. But over time, after being immersed in Red Pill culture and hearing a lot of horror stories, I thought there was a surprisingly good case against marriage to be made for men. What it really comes down to is that there are some very compelling arguments on both sides of the equation for guys. Which way should you go? Well, you need to consider the costs and benefits of marriage in the modern world.

5 Reasons Men SHOULD Get Married

1) It’s the best way to raise children: Almost every statistic imaginable from drug use to suicide rates to teen pregnancy shows that kids do better when they have two parents in the household. So, if you want to give your children the best chance to succeed, you can’t do it without a mommy in the house. Of course, you don’t need to have children, but when you consider that you have an unbroken line of ancestors that had kids all the way from the start of human history to you, I think it’s naïve to believe that you are going to break that chain and be better off for it.

2) Companionship / Cooperation / Division of Labor / Someone else vested in your success: When I asked my happily married friends what they liked best about marriage, almost inevitably they said something akin to, “It’s great to be part of a team effort.” There’s someone else to help. To take you to the doctor. To watch the kids. To do things you aren’t good at doing. You’re adding on another person in life who will be hitching their bootstraps to yours so that the two of you can strive for success together.

3) Getting out of the singles scene: It’s always fascinating to hear the very same people talk about how horrible marriage is for men while simultaneously describing the singles scene like a dystopian nightmare of trashy, flaky women, Tinder hos and aging single mothers with unrealistic standards looking for chumps to take care of their kids. Dating has a lot of pluses and minuses. If the minuses seem bigger than the pluses, getting away from it to married life can look pretty good.

4) Married men make more money: There are varying theories about why it’s the case, but “men enjoy a marriage premium of at least $15,900 per year in their individual income compared to their single peers.” If a man doesn’t get divorced, this effect makes a huge impact by the time he’s in his fifties. “Married men earn more, save more, and generally have access to a second income. Consequently, they have much greater accumulated wealth than their unmarried peers. In fact, the typical fifty-something married man has three times the assets of his unmarried peer, about $167,000 compared to less than $49,000.”

5) Married men live longer and are happier: If you’re going to live longer, being happy while you do it is a big plus. Marriage has your back on both counts:

Married men were also healthier from both a physical and mental standpoint; the study found that “men who get and stay married live almost 10 years longer than their unmarried peers.” Part of this is because their spouses are more likely to push them to see a doctor as well as married men having healthier diets. But it’s also due to the fact that married men can lean on their spouses for support in the case of illness and are, overall, just happier. In a survey of men asked if they are “very happy” with their lives, 43 percent of married men said yes, compared to 20 percent of single men and 21 percent of men in co-habitation relationships.

There are wealthy people who’d pay vast sums of money to be happier or to live another 10 years. Marriage delivers on both counts.

5 Reasons Men SHOULD NOT Get Married

1) Sexually, you may be better off staying single: When you get married, you are basically agreeing to have sex with just one partner for the rest of your life. Even if she lets herself go. Even if she only wants to have sex once a year. Even if you get so bored of having sex with her you can’t stand it. Obviously, if you are single, you have options. Additionally, although the evidence shows that married couples have a lot more sex than single people, does the idea of having less day-to-day sex, but more partners (maybe many more partners) appeal? Also, statistics show that cohabitating couples have more sex on average than married couples. Foregoing marriage does not mean foregoing sex.

2) Losing freedom: When you’re single, you choose what you do with your money, your time and your life. When you get married, another human being suddenly has a big say in all of those things and you two may have some strong disagreements about what you are going to be doing with your life. The wrong woman can kill your dreams just as easily as she can make them easier to reach.

3) Changing technology and culture has dramatically reduced the benefits: A man used to be the king of the castle in a marriage, but now he’s expected to be part of an equal (if he’s lucky) partnership. Additionally, women were once expected to handle the kids, cooking and household chores. Now an awful lot of women expect you to do half of all that and act like making their man a sandwich is some horrible imposition. Put another way, the sort of traditional women that were in the dating pool say 60-70 years ago had orders of magnitude more to offer a man in order to entice him into a marriage than most women do today.

4) If you make a mistake, there is no easy way out: If you’re just not getting along with your long-term girlfriend, you can have an unpleasant conversation, endure some hurt feelings and then you’re broken up and you can move on with your life. On the other hand, once you’re married, the court system is like a loaded gun pointed at your head. That turns a bad marriage into an emotional “Hotel California” for a lot of guys, “You can check out any time you like / But you can never leave!”

5) Divorce: Divorce laws are heavily weighted against men in every way, shape and form, which probably helps explain why women file for roughly 70% of divorces. If and when that happens, she’s going to believe she deserves “half” of everything you have ever earned and the court system will generally agree with her. With the help of the state, your own children will be used as bargaining chips against you. Imagine being forced to send child support to a woman who uses it to buy luxury items for herself, while she lives in a house you bought and has sex with some other guy in what used to be your bed after spending all day running you down to your own children. Unfortunately, the moment you get married, this sort of scenario becomes part of your potential reality and 41% of first marriages end in divorce. From there, the numbers only go up.