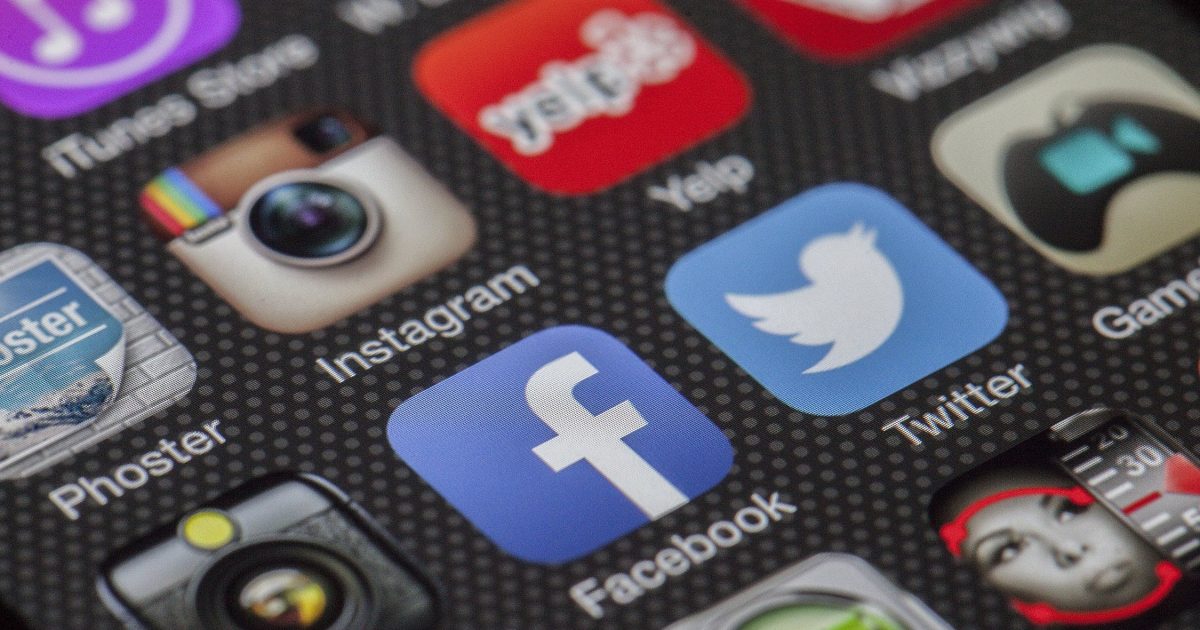 Once you get beyond the government, the greatest threats to free speech and free thought in America are the social media companies that have been allowed to become monopolies. If there is such a thing as a public square in the modern world, these companies increasingly control it and decide who gets heard, who doesn’t, and what ideas the public is ALLOWED to see. This is much more dangerous to our republic than most people realize. You’ll get a better idea of why that is as you read these quotes.

1. “A handful of people, working at a handful of technology companies, through their choices will steer what a billion people are thinking today. I don’t know a more urgent problem than this. It’s changing our democracy, and it’s changing our ability to have the conversations and relationships that we want with each other.” – Former Google employee Tristan Harris

2. “Randomized, controlled experiments conducted with more than 10,000 people from 39 countries suggest that one company alone — Google LLC, which controls about 90 percent of online search in most countries — has likely been determining the outcomes of upwards of 25 percent of the national elections in the world for several years now, with increasing impact each year as Internet penetration has grown.” – Robert Epstein

3. “The YouTube algorithm that I helped build in 2011 still recommends the flat earth theory by the *hundreds of millions.* This investigation by @RawStory shows some of the real-life consequences of this badly designed AI…. So basically we have the two best AIs of the world, on Instagram and YouTube, competing to convince people that the earth is flat. Because it yields large amounts of watch time, and watch time yields ads. This is a #raceToTheBottom….Flat Earth is not a ‘small bug.’ It reveals that there is a structural problem in Google’s and Facebook’s AIs: they exploit weaknesses of the most vulnerable people, to make them believe the darnedest things.” — Former YouTube and Google employee Guillaume Chaslot

4. “The dynamics of the attention economy are structurally set up to undermine the human will. If politics is an expression of our human will, on individual and collective levels, then the attention economy is directly undermining the assumptions that democracy rests on. If Apple, Facebook, Google, Twitter, Instagram and Snapchat are gradually chipping away at our ability to control our own minds, could there come a point, I ask, at which democracy no longer functions?” – Former Google strategist James Williams

5. “Social networking sites might tap into the basic brain systems for delivering pleasurable experience. However, these experiences are devoid of cohesive narrative and long-term significance. As a consequence, the mid-21st-century mind might almost be infantilised, characterised by short attention spans, sensationalism, inability to empathise and a shaky sense of identity.” – Oxford professor Susan Greenfield

7. “Just before July fourth, for example, Facebook automatically blocked a post from a Texas newspaper that it claimed contained hate speech. Facebook then asked the paper to ‘review the contents of its page and remove anything that does not comply with Facebook’s policies.’ The text at issue was the Declaration of Independence.” — Bob Goodlatte (R-Va.)

9. “Shallow emotions. An incapacity to feel genuine love. A need for stimulation. Frequent verbal outbursts. Poor behavioral controls. These are just some of the things that social media are encouraging in all of us. They’re also a pretty comprehensive diagnostic checklist for sociopathy — in fact, that’s where I got the list.” — Milo Yiannopoulos

10. “Cosmetic surgery procedures have increased 137 percent since 2000, according to a report by the American Society of Plastic Surgeons, with young people contributing to the rise significantly. In what scientists have called ‘Snapchat dysmorphia,’ young people are increasingly getting plastic surgery to look like the versions of themselves they see in social media filters. ‘There’s less guilt about undergoing procedures,’ says plastic and reconstructive surgeon Dr. Lara Devgan. ‘Five or 10 years ago, people might have brought in pictures of a magazine cover supermodel. Now, they’re bringing in pictures of themselves, but just in a slightly optimized way.’ – Broadly

11. “One of the things I’ve been very interested in is feats of concentration that people used to perform all the time — [such as] writing a book in six weeks or a computer program in a few days. I don’t think that’s impossible now, but I do think it’s become considerably harder in our environment to enter important and deep states of focus and concentration, because we surround ourselves with technology, whose business model is to distract us.

“Our computers are ostensibly productivity-enhancing machines, but they also are loaded with platforms whose business model is to consume as much of your time as possible with ads and noise and distraction.

“There’s nothing wrong with taking a break, but we’ve engineered our environment for distraction. We bob from one thing to another, perpetually. And I don’t know if it’s so great for our culture or even ourselves.” — Tim Wu, author of The Attention Merchants.

12. “Facebook and Google assert with merit that they are giving users what they want. The same can be said about tobacco companies and drug dealers. The people who run Facebook and Google are good people, whose well-intentioned strategies have led to horrific unintended consequences. The problem is that there is nothing the companies can do to address the harm unless they abandon their current advertising models.” — Roger McNamee, a venture capitalist who was an early investor in Google and Facebook

13. “I don’t know if I really understood the consequences of what I was saying, because [of] the unintended consequences of a network when it grows to a billion or 2 billion people and… it literally changes your relationship with society, with each other… It probably interferes with productivity in weird ways. God only knows what it’s doing to our children’s brains. The thought process that went into building these applications, Facebook being the first of them… was all about: ‘How do we consume as much of your time and conscious attention as possible?’ And that means that we need to sort of give you a little dopamine hit every once in a while, because someone liked or commented on a photo or a post or whatever. And that’s going to get you to contribute more content, and that’s going to get you… more likes and comments. It’s a social-validation feedback loop… exactly the kind of thing that a hacker like myself would come up with, because you’re exploiting a vulnerability in human psychology.”– Facebook’s first president, Sean Parker, on social media

15. “The short-term, dopamine-driven feedback loops that we have created are destroying how society works—no civil discourse, no coöperation, misinformation, mistruth…. I feel tremendous guilt. I think we all knew in the back of our minds, [our children] are not allowed to use this sh*t.” — Chamath Palihapitiya, the former vice president of Facebook user growth

This Is What They Resort To When They Lose The Narrative-Polarize-Demonize-Force Compliance (Video)
June 21st, 2021 Sons of Liberty Media