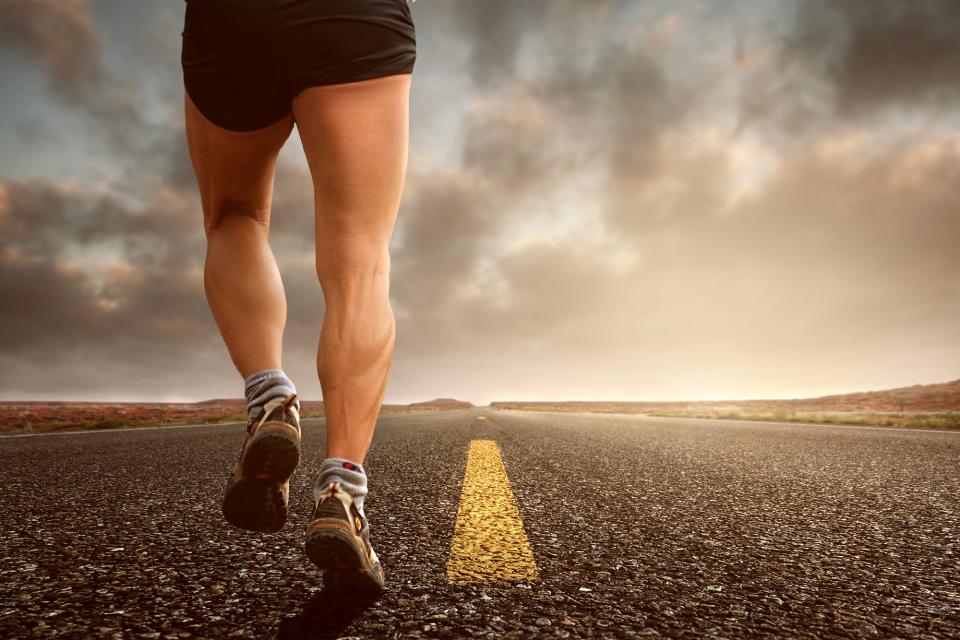 When it comes to manspreading, feminists have always been aggressively ignorant. They’re seemingly unable to comprehend the basic biological difference between men and women that leads to guys spreading their legs more than women. I could state what it is for you, but if you’re not a small child or a feminist, you already know what it is. Getting beyond that, what business is it of some feminist harpy whether men generally take up more space than she does?

Apparently, this even applies to RUNNING. One Helen Coffey is VERY UPSET that men are taking up too much space when they run. No, really.

Something has been niggling at me during my mandated daily exercise under lockdown.

It’s a realisation that’s crept up on me day by day – the same realisation that the person who first coined the term “manspreading” must have experienced when it gradually hit them that men everywhere were taking up an inordinate amount of space on public transport.

A global pandemic that’s put the kibosh on using the Tube and train for the majority of us should really have pressed pause on the phenomenon. After all, where is there to manspread now? Your kitchen table? Your own sofa? But then I started going running again, and I realised the practice has not stopped at all – merely migrated.

…For those of us not blessed with a rural setting, outdoor exercise can feel like a minefield during quarantine. I can’t embark on a 30-minute circular jog from my front door without crossing paths with at least 50 people.

…I attempt to make myself physically smaller, squeezing in to the very edge of the trail, refraining from breathing as I pass people. That’s right – I literally stop breathing. Some part of my brain took the decision to hold my breath when others cross my path, and I do it, not consciously, but instinctively.

I’m not saying this for a pat on the back or to raise awareness of what a great person I am (although it would be nice to get some recognition for a change – where’s my bloody medal, eh Keir?).

…All the female joggers I pass seem to be doing the same unthinking contortions as me.

…But it is striking how many men do the opposite. They choose to plant themselves, instead, in the middle of the path, arms and legs pumping, striding flat out. They make no allowances, no exceptions, seemingly unaware that the person they’re approaching is doing a frantic parody of a Viennese Waltz to try to adhere to the, under such circumstances, impossible 2m rule. It’s no concern of theirs. They’ve picked their lane and they’re going to stick to it, thanks very much. Wide-legged stances and an unwavering trajectory, as if following invisible tramlines, send the clear message: “This space is mine. I dominate. Better give me some room, love.” All others must leap out of the way, grateful for the small toehold they’ve been granted.

Let me just note that the chances of catching Corona while you’re outside jogging seem pretty remote, but if it’s too much of a risk for you, STAY INSIDE. Nobody is going to force you to go outside and jog, but if you do, there may be other people out there jogging and yes, *** gasp ***, some of them will be men. They probably won’t be holding their breath and trying to make themselves as small as possible, like a rabbit trying to shrink away from a predator. If you want to do that weird crap, go ahead, but everyone else is not required to share your disorder. Just because a woman has some kind of neuroses doesn’t mean it’s a political issue that the world needs to address in the name of feminism.