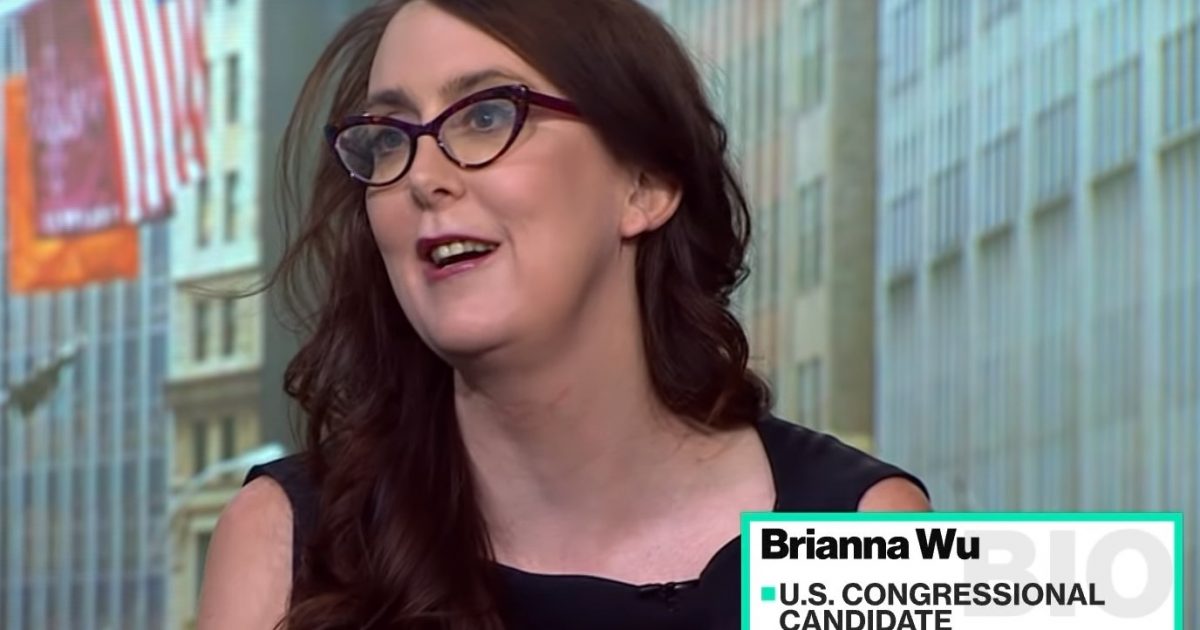 An increase in the suicide rate for men? Men being brutalized in divorce court? Guys in college being falsely bounced out of school because of fake rape charges?

But, Captain Marvel gets some negative reviews and it’s time to hold congressional hearings…

In last year’s Midterm race for seats in the United States House of Representatives, Anti-GamerGate personality and Revolution 60 developer Brianna Wu ran as a Democratic candidate in the primary election for Massachuset’s 8th Congressional District. Despite her political inexperience, Wu garnered 22.9% of the district’s vote (16,878 votes out of a total of 73,582), but ultimately lost the election to her incumbent opponent, Stephen Lynch. As the 2020 United States House of Representatives elections rapidly approach, Wu has once again announced her candidacy, which will feature a heavy emphasis on government regulation concerning internet relations.

…“Chang: So what does that regulation look like? I know this is something you campaigned on.

Wu: I think it starts with letting these companies know that Washington is going to take it seriously. In the video game industry, famously, they held hearings about violence in the 90s, and then the video game industry looked at it and said ‘Oh, if we don’t get serious about this, they’re going to regulate our field.’ And then our industry formed the ESRB and self-regulated, and it works amazingly well.”

Sorry to The Hunger Games, Alien & Kill Bill, but apparently action movies with women just can’t get a fair shake; so we need the government to step in. Oh, and just imagine what a growth industry this can be! Every ethnic and gender niche in America can demand excellent reviews of a movie or the government may have to step in to make sure more people say nice things about it. Just wait until we have a movie about some “brave” transsexual “girl” who dominates all the women in his state in track and field and it doesn’t get good reviews. Next thing you know, the next Democratic POTUS can call in the Brianna Wu-inspired “Thought Police” division of the FBI to help set things right.