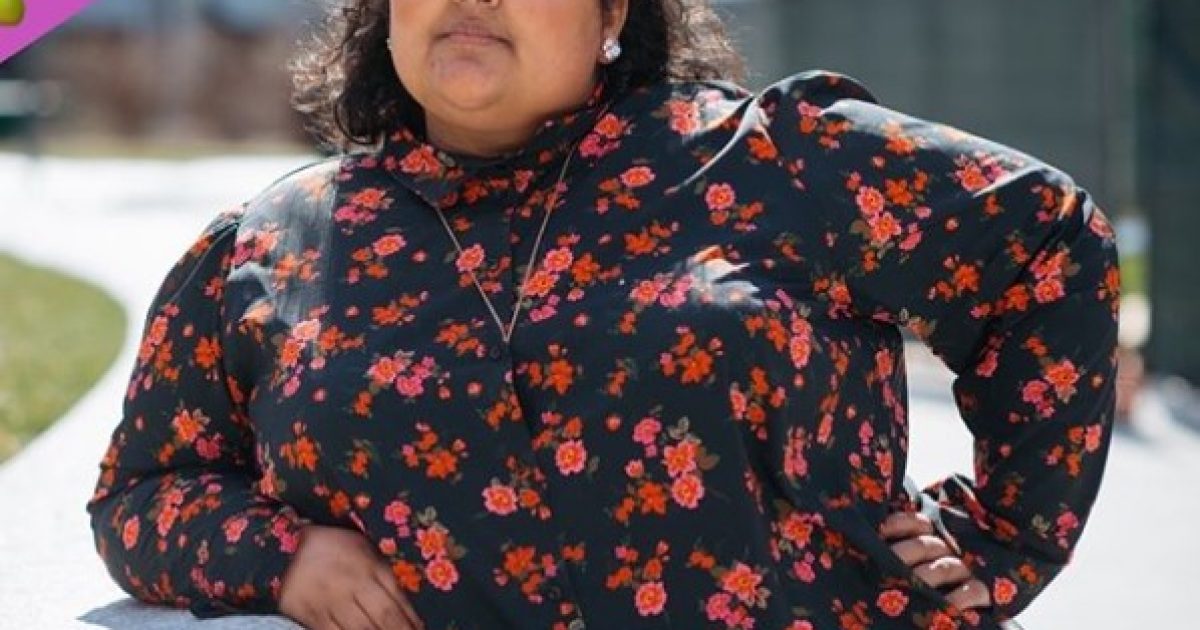 This is the second article I’ve done on Sonalee Rashatwar. That’s not just because she’s a nutjob, it’s because I’m baffled by mainstream publications/schools taking her seriously and treating her opinions with respect when she’s obviously a crazy person. Just as an example, this is the sort of crazy she puts on her Instagram page, 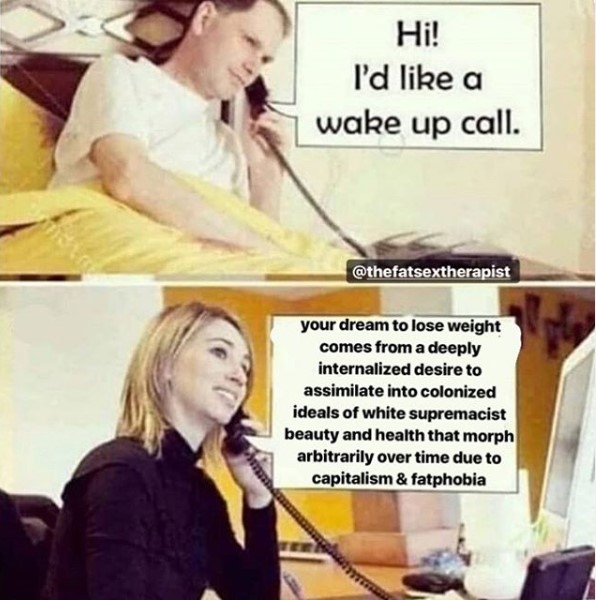 Objectively, this is just a lot of horsesh*t and it’s coming from a woman who looks like she has lived on nothing but doughnuts for the last 10 years; it sounds even worse. There are an almost unlimited number of different intelligent opinions about health, fitness and weight loss, but there are some things that are almost universally agreed upon and one of them is that being 200 pounds overweight, like Sonalee Rashatwar, is extremely unhealthy. When she tries to convince people that they don’t need to lose weight, what she’s really doing is trying to change the world to make her feel better about herself and she’s dressing it up with silly leftist terminology to make it more plausible. “Yeah, gain weight! Don’t worry about it? Why? White supremacy! Fatophobia! Colonialism!” 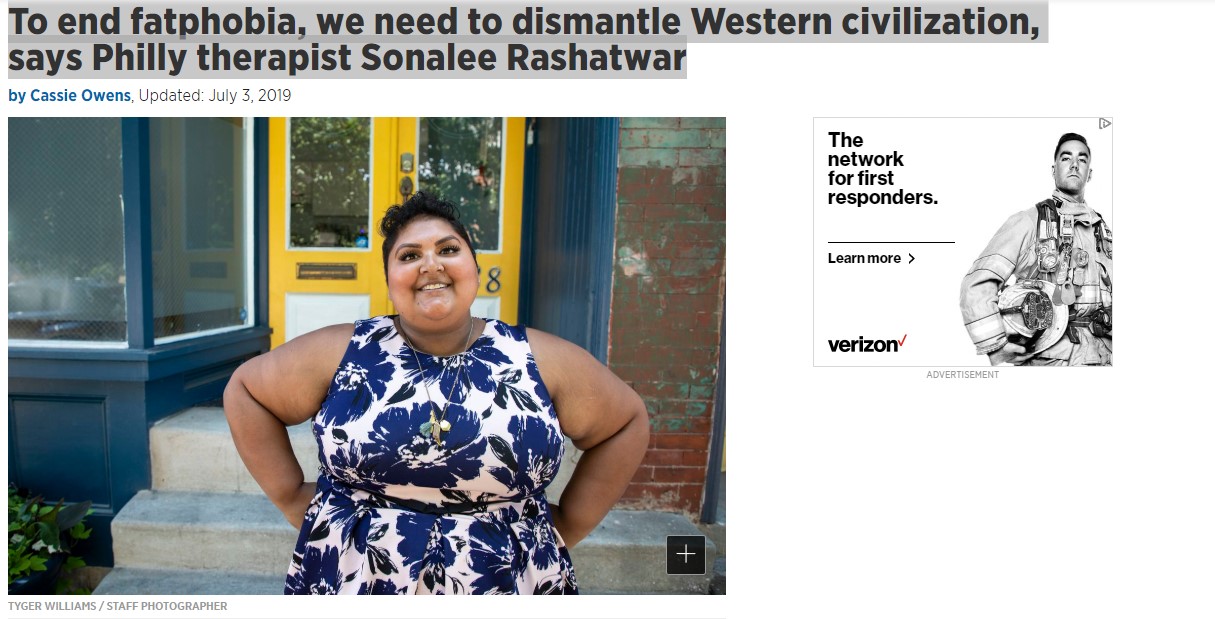 Rashatwar, now 31, endured an abusive relationship in her early 20s. After college, she started volunteering for a domestic-violence response team, an experience that showed her that she enjoyed working with other people who had lived through traumas.

“All of my work is to better understand what I’ve experienced,” said Rashatwar, who graduated from Temple University in 2011. “It’s almost like I’m healing younger versions of myself by trying to find language to describe what happened.”

Translation: She’s interested in therapy because she’s a mess and she wants to figure out what’s wrong with her. But, let’s go on.

As the fat-positivity movement has gained momentum, so, too, have debates around how fat folks should lead healthy lives. Rashatwar, though, considers how sizeism is affected by racism, misogyny, classism, homophobia, transphobia, and ableism, and she counsels people against intentional weight loss.

This is crazy sh*t, bro, and I’d like to think everyone would get that without being thrown off by the Leftist buzzwords she’s tossing around. Last but not least, setting aside the fact that this woman is mentally ill and needs to be in counseling, not counseling people, dismantling Western civilization would end “fatphobia” almost by default by making everyone too poor to buy food.