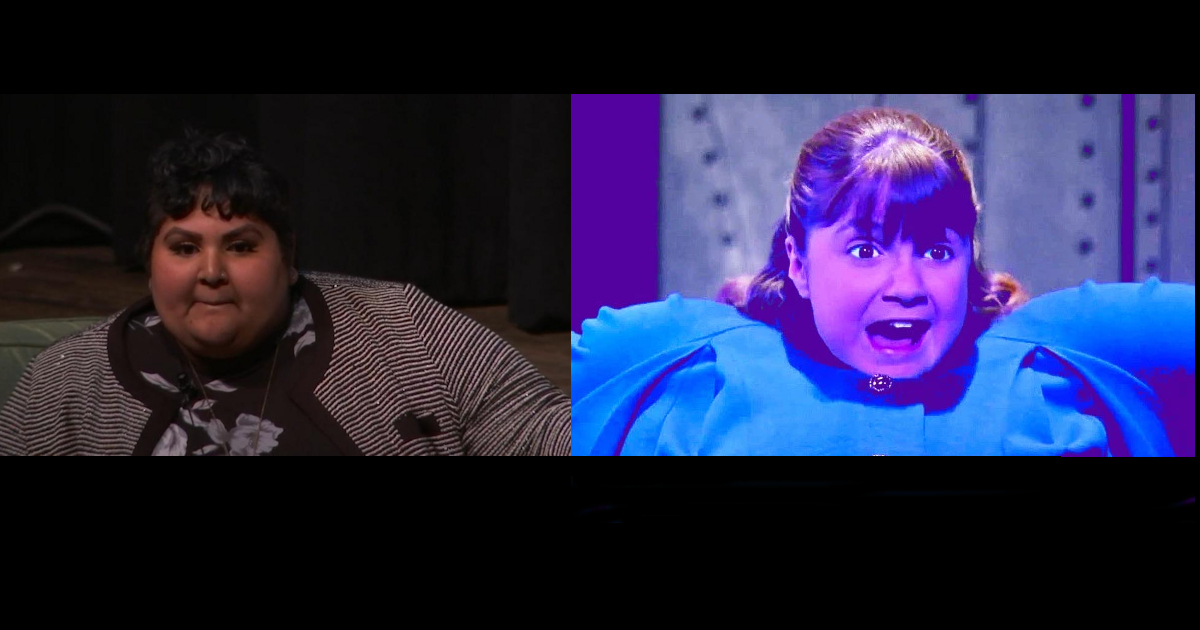 I know it’s 2019 and everyone wants to go to extremes, but there has to be something in-between mean spirited fat shaming and people telling you that it’s great that they look like candidates for “My 600-lb Life.”

What about something saner, more in the middle like acknowledging that those of us that are overweight have health risks and being encouraging when we take positive steps in the right direction? It seems like a good way to handle it, right?

Because as obnoxious as fat shaming is, claiming that being fat doesn’t produce health risks and adverse reactions from other people is as ignorant as saying that the earth is flat. The woman in question here looks like the little girl from Willie Wonka after she blows up like a blueberry; yet she militantly claims that’s not bad for her. Why would any college that cares about the well being of its students allow a guest speaker to preach this kind of insanity on their campus?

She continued, “I experience diet culture as a form of assault because it impacts the way that I experience my body.”

These comments and more were made in the context of her two-hour speech, sponsored by St. Olaf College’s Wellness Center, Women’s and Gender Studies Department, and Center for Equity and Inclusion, on the topic of “radical fat liberation.” The talk included assertions that fitness contributed to the recent Christchurch shooting, that people should “challenge” the rule of law, as well as the authority of and the police.

“Tonight we’re gonna start by talking about how to politicize our definition of body image,” Rashatwar began, “because oftentimes we actually get stuck thinking of it from a white supremacist lense.” She explained how “white supremacy happens every day in all these little little things.”

“We should be critical of the use of science and the production of knowledge to continue promoting this idea that certain bodies are fit, able, and desirable…is it my fatness that causes my high blood pressure, or is it my experience of weight stigma?” Rashatwar asked. She then connected the science suggesting that obesity is unhealthy to Nazism, saying that “fatphobic” science is “often actually eugenic science….eugenic science is Nazi science.”

…Rashatwar specified how she personally enacts these ideas in her life as a sexual trauma therapist. She said that in her professional role, her code of ethics dictates an absolute prohibition on physical contact with clients. However, Rashatwar claimed that “I will never live by a professional code of ethics that tells me what I am allowed and not allowed to do with my body.”

The idea that a woman with these kinds of deranged opinions should be a therapist of any sort outside of a horror movie is almost beyond belief. Incidentally, that last part is particularly creepy because it implies she’s having sexual contact with sexual trauma patients. Last but not least, let me add that “weight stigma” isn’t responsible for her high blood pressure and it wouldn’t be responsible for her dying years earlier than she should. Everything you don’t like, including the fact that some foods are healthier but less tasty than others, can’t be shoved into a little box called “white supremacy” or “Nazis.” How about a little sanity on this subject for a change?