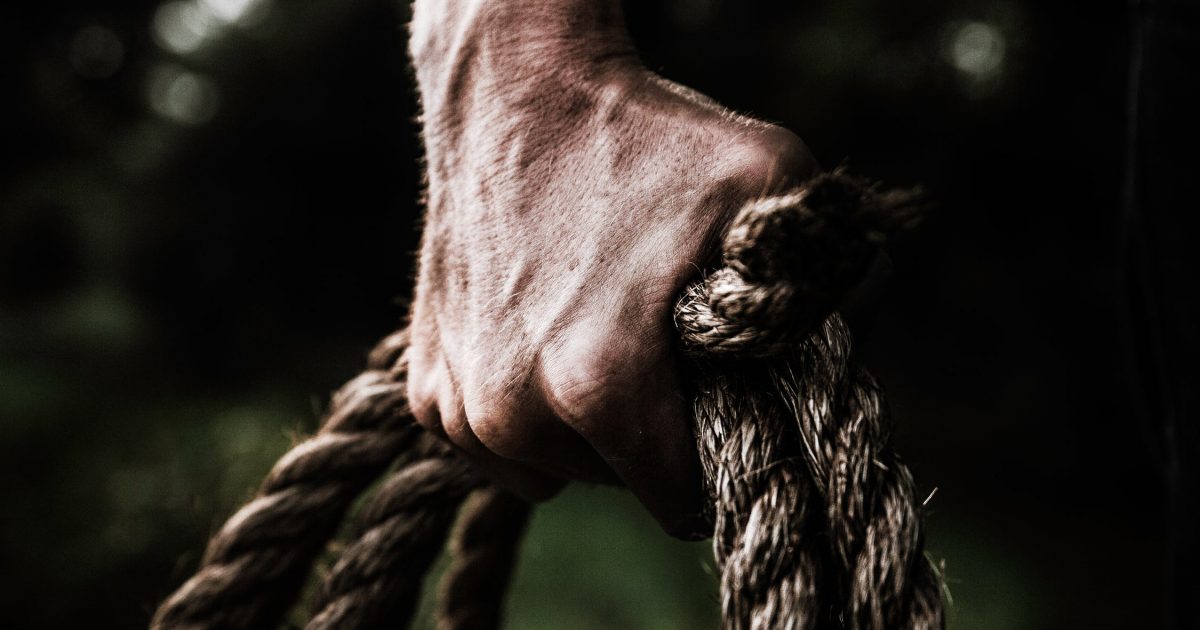 The fairy tales, cartoons and comic books we grew up with as kids taught us the values society wanted us to learn. Superman was the most powerful man on the planet, but he didn’t kill and believed in truth, justice and the American way. Pinocchio taught us not to lie. Cartoons like G.I. Joe taught us courage and patriotism.

Unfortunately, the way these tales for children impart this information involves a little white lie that turns a lot of people off to virtue later in their lives. You see, in the fairy tales, cartoons and comic books of our youth, virtue is always rewarded.

The Scooby Gang didn’t get shot to death after looking into the wrong person’s caper. Batman fought highly capable maniacs like the Joker, Bane and Killer Croc along with armies of their henchmen and came out on top every time. The prince who went through hell to rescue the princess was always rewarded with her love and then they lived “happily ever after. “

The problem with this is that it often doesn’t work that way in the real world. Good guys doing the right thing die all the time. Virtuous people suffer while bad guys seem to be rewarded. People lie, cheat, steal and seem to prosper while good people suffer in silence.

When people see this, it can shatter those childhood virtues that were fed into them at a young age.  If virtue isn’t rewarded and bad guys have it easier, why not be a bad guy?

What you have to realize is that virtue is rewarded and people who engage in bad behavior usually don’t prosper. However, all of that tends to happen over the long term. In the short term, it’s not necessarily the case and sometimes, the short time may be all we have. The man who shows courage in trying to save his buddy in a war zone may die in the attempt. The drug dealer who sells crack to 12 year olds may indeed have lots of money and women.

But, the soldier who tried to save his buddies’ LIVES and gets a medal pinned to his chest? He’s a hero. He has friends for life. He’s someone that people admire. And the drug dealer? The world is full of drug dealers living like princes at 25 and sitting in a prison cell at 30. There’s a lot of randomness in the world, but “a lot” doesn’t mean the world is mostly random. The crooked businessman who cheats his customers and dumps toxic chemicals in the river? He lives in fear of being found out, losing all his money and going to jail. The kid who doesn’t want anything unless he’s earned it by working for it? That work ethic is likely to take him far in life. If you look at Hitler, Bernie Madoff or Al Capone, all of them had it really good….for a while. None of them ended up being anyone you’d want to be as their lives played out.

Being virtuous and living by a code isn’t always the easiest path. Sometimes it’s easier to cheat than study for the test. Other times, doing the right thing is HARDER than doing the wrong thing. When all the people around you want to do something that’s wrong, the easy thing to do is to go along with them. The hard thing is to refuse to go along to get along.

However, it’s worth it because it helps define who you are, what other people think of you and most importantly, what you think of yourself.  Are you a good person? Are you worthy? Do you deserve success? Are you honorable? Would your mother be proud of the person you’ve become?

A few people are so crazy, psychopathic or narcissistic that they can answer those questions in the affirmative even though there’s nothing to back it up, but can you? Maybe. Some people are great at lying to themselves, but the people who do that know, deep down in their soul that they’re frauds.

The good news is that there is a fix for that: don’t be a fraud. Embrace a code. Live by it. Stick by it even when it gets hard and everyone is trying to get you to break.

Be the guy who tells the old lady in front of him that she dropped a $20 bill when she didn’t notice it. Be the one who treats people well, but takes no crap from anyone. Be the sort of person people would want their kids to be like. I could give you the code I live by, but that’s not the point. You need to apply your own standards and values. Don’t be afraid to set high standards and live by them. Sure, doing that may mean you’ll fail from time to time, but it’ll also make you a much better person than the people who have no code at all. Give people the gift of being someone they can respect. Give yourself that same gift and you’ll never be sorry.