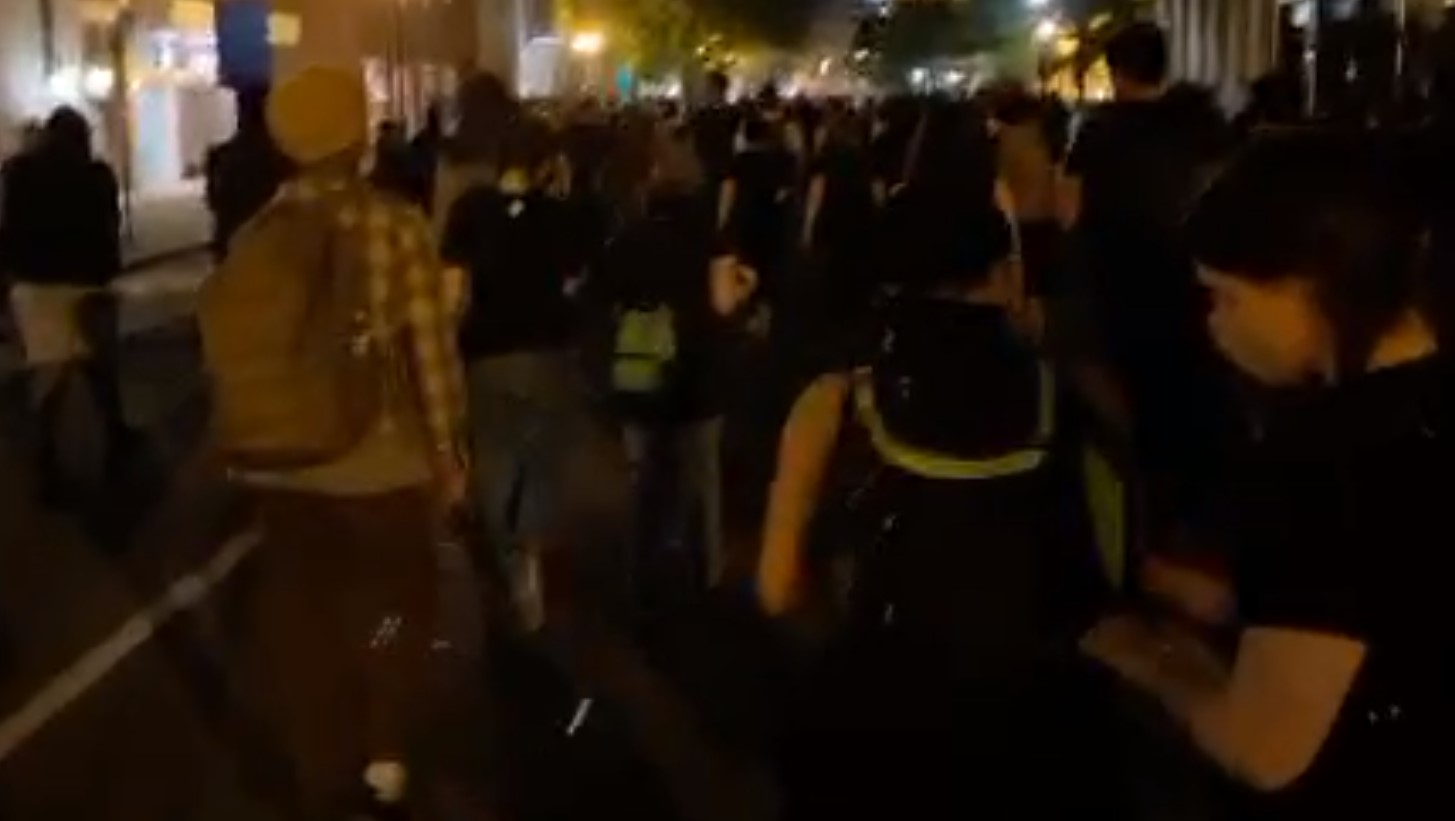 Businesses are being burned & looted. People are being attacked, beaten, and dying in cities across America. Yet, instead of peacefully protesting and going home, you have “peaceful protesters” staying out past curfew playing children’s games with the police because it’s fun for them. “Oh, I didn’t touch you, so you can’t touch me! I’m walking past a cop with a doughnut on a string. I’m so clever! I’m yelling at the police officer who has been spat on, cursed and threatened 100 times in the last three days, but he can’t do anything because I didn’t hit him!”

So instead of going after the rioters that are terrorizing people, huge numbers of cops have to babysit the crowd to keep things from spiraling out of control. Meanwhile, other people are literally having their businesses destroyed & dying without the police around to protect them so a bunch of narcissists can take protest selfies and brag on Twitter about how rebellious they are to be out after curfew. They’re behaving like horrible human beings and a lot more people should be saying that.