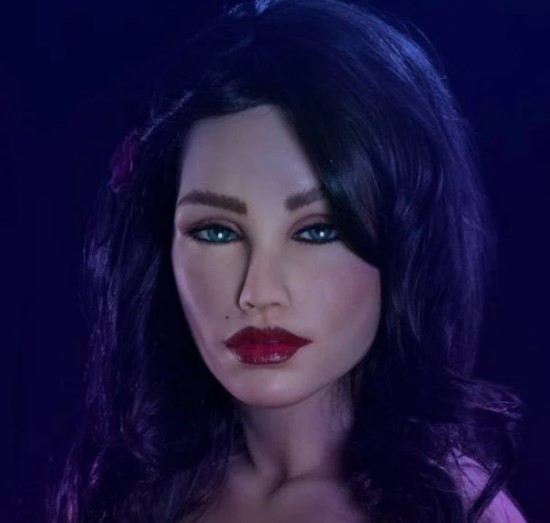 This is what I think of as a pretty typical sex robot story you see in a British newspaper, but there was an interesting angle that I didn’t think they discussed enough:

The documentary-maker, who has spoken to Daily Star Online about her experiences, comes across one man considering ditching real women altogether.

Roberto, working on sex robots with Eden Robotics, started a conversation on a doll forum asking men what they wanted in an ideal sex droid.

One said all they needed to do was to “cook, clean and screw whenever I wanted” before he swapped them for real women, describing a doll that carries out those behaviours as his perfect AI woman.

But with AI developing at a rapid rate, his dream may just become a reality faster than he thinks.

Kleeman writes in her book: “The men here didn’t sound much like the disabled, lonely or socially excluded customers that Matt or Douglas like to talk about.

“Several mentioned their wives and girlfriends, and compared them unfavourably to their silicone doll mistresses.

“One included a sex doll for Roberto to use as an aesthetic guide when planning his robot’s proportions.

“She was in leopard print underwear, propped up in front of a wall adorned with daggers, mounted hunting knives and a bladed knuckleduster.

“‘If my RealDoll could cook, clean, and screw whenever I wanted, I’d never date again,’ he wrote.

…Commenting on her journey, Kleeman told Daily Star Online: “When it becomes possible to have a relationship where the only thing that matters is what one half of the partnership wants.

“Where you can have interactions and all that matters is what you want to do and what you fancy doing, and when you become used to having relationships with something that doesn’t have free will, that doesn’t have independent ambitions, or in-laws, or friends you don’t like, then going out and having relationships with human beings and using empathy is going to be harder work.

“I think the danger of these robots is their ability to make empathy harder work because we won’t need to use it so much in our relationships with these robots.

It’s interesting that she mentioned the dangers of losing “empathy” and not needing to “compromise” in relation to these robots because why is that only an area of concern for people when it comes to sex robots?

Show me how much “empathy” for our fellow man or tolerance we have in politics in general because I don’t see it at all. You will inevitably find that the least tolerant people, the most uncompromising people are the ones that blather on the most about compromise and tolerance. If you aren’t willing to tolerate the views of people that disagree with you, you aren’t tolerant.

Show me how much “compromise” or consideration for what the opposite sex wants that there is in pornography, romantic movies, or romance novels. Our romantic and sexual ideals are one-sided beyond all belief.

Increasingly, we are a society of spoiled, catered to, hyper-individualists who care about virtue signaling, but not actual virtue because real virtue requires effort and sacrifice. Many of us don’t want work of any sort. We want to be told exactly what we want to hear while we sit back in a comfortable chair in our living room, drinking the beverage of our choice, smugly enjoying the feeling that we’re right.

Of course, sex dolls have some appeal to people that grow up in a society like that. Because a sex doll delivers something you want with no compromise, sacrifice, or tolerance required. Just like our politics. Just like our music. Just like the supermarket, Wal-Mart & Amazon. If you want genuine tolerance and consideration of the wants of other human beings, either the Christian church will need to make a big comeback or some of the many other places that talk the talk, but don’t walk the walk on the subject will need to step up.