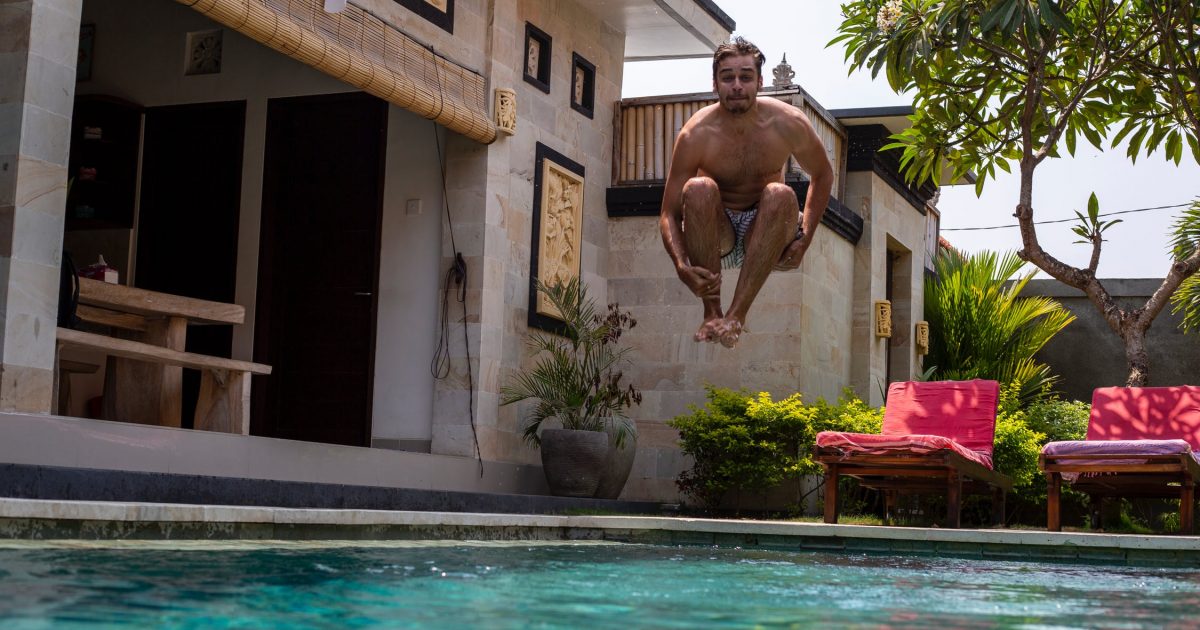 Let me be perfectly frank: I didn’t pick this topic on my own and I never would have. My editor at PJ Media came up with it. He liked the idea of my writing something that dug deeper into my life. I’m not exactly sure why that is since I’m a professional writer, not a UFC grappler. I’m not even one of those haunted, drunken writers like Edgar Allan Poe who’s trying to disgorge the horror in his soul onto the printed page before it bursts out of his chest like the creature from Alien. So, there aren’t going to be any emails that say, “After you kill the hobo, bury him in the woods instead of under the pile of leaves in the front yard.”

Worse yet, the idea of changing things that have already happened in my life is scary. When everything is going great, the natural tendency is to keep doing the same thing. On the other hand, my failures are what have spurred me to work harder and reach for more. If I went back in time and fixed those issues so that it was all smooth sailing, I might be a poorer male version of Paris Hilton — and who the hell wants that? Then there’s the frightening possibility that I could make some small change to my timeline that would have major ramifications today à la The Butterfly Effect. Come to think of it, that’s the one to really fear…

I’m writing to you from the future to let you know that you’re going to have some people try to bully you. It’s not going to be your fault. You don’t start trouble with anyone or cause problems; you just try very hard to avoid conflict and bullies can smell that the way a shark smells blood.

There’s a solution to this: It’s called hitting the bullies in the mouth. You’ll use that tactic effectively as you get older, but it would save you a lot of worry and stress if you embraced it earlier. Getting in fights isn’t so bad. In fact, after years of Muay Thai training, you know what I learned? I can take and deliver a punch that would knock a mule down. Not only that, it’s a lot of fun to hit another human being as hard as you can. There are not a lot of times when it’s moral to do that, but when you’re being bullied in high school, it’s perfectly fine. Avoid trouble if you can, but if someone insists on starting a fight, oblige him. Win or lose, you get to keep your self-respect and the more fights you get in, the better you’ll be at it.

Thank you for the great advice. I fight all the time now! At school, on the street corner, at Juvenile Hall — it’s great! Of course, after a hobo mouthed off to me last night, I did go a little overboard and beat him to death. But no worries, I buried him under a pile of leaves in the front yard, so no one will ever find him!

I’m writing to you from the future to let you know that you’re going to have deep vein thrombosis in your right leg later this year. Although it could kill you dead as a doornail, it won’t. However, you will have to give yourself dozens of shots in the stomach, haggle with insurance companies, and take powerful anticoagulants for months. Eventually, you will make the decision to get off the blood thinners on your own because your doctor seems to think there was marginally less chance of his getting sued if he kept you on the drugs all your life. To this day, I have swelling and discoloration on my right leg caused by the damage that was done by the blood clots, although they’ve never returned. Mysteriously, there was never a good explanation given for what happened. Maybe you’re not getting up enough from the computer? Maybe you’re not exercising enough? It’s hard to say. Just do what you can to avoid deep vein thrombosis.

First of all, I’d like to thank you for the super-specific advice on how to avoid getting blood clots. Oooh, it’s “mysterious”; maybe this will prevent it from happening — that’s much appreciated. Still, I’ll exercise and walk around more to try to avoid deep vein thrombosis.

P.S.: Is there some reason you didn’t send some stock tips in this email? How did I turn out to be such an idiot in the future?

I’m writing you from the future to let you know that you’re much, much better with women than you realize. That slips right past you because you’re shy, don’t understand women that well, and aren’t very confident, but you have a lot more going for you than you realize. You’re in good shape, you’re funny, you’re smart; so don’t sell yourself short. You’re going to have a cheerleader in typing class ask if you’ll take her out. She’s not joking. She’s serious, dude! And the great-looking older chick who grabs your ass in the video arcade — that wasn’t an accident, okay? In fact, one of the girls you have a little crush on now? I talked to her five years ago and found out that she had a MAJOR crush on you all through high school. So, don’t be afraid to go for it. You’re doing a lot better than you think!

Thank you so much for the advice! I’ve been dating constantly and although I have two kids by two different baby mamas, I think I’ve found the love of my life. As soon as she gets out of jail on the drug possession charge, we’re getting married! Granted, it would be nice if she stopped using heroin and the screaming fits can be a little annoying, but I’m in love! Marrying Lurlene is going to be the best decision of my life!

I’m writing to you from the future to let you know that before you go on that trip next weekend to see your parents, you’ve gotta change the tires on your car. You see, on one of them, you’re all the way down to the steel belts. That’s a problem because on the way back when it’s raining like cats and dogs, you’re going to hydroplane like you’ve never hydroplaned before. You’re going to lose control of your car at 50 MPH. It’s going to turn around backward, flip over, and you’re going to land in a ditch upside down. The impact will be so violent that it drives you into the backseat, where your head will be smashed through a piece of windowpane art that you have in the backseat. The good news is you’re not going to die. But, you will get your head sliced open, crack one of your fingers, need stitches in your arm, total your car, and spend months dealing with your insurance company. You’ll definitely want to avoid all of that!

Wow, I thought this was a joke, forgot all about it and wrecked the car. I guess I should have realized that there had to be something to it when I stuck that piece of windowpane art in the back seat, but I thought it was just a coincidence. Maybe I would have realized that this was real or at least I could have made so much money that it didn’t matter if you had sent some stock tips! What an idiot I turn out to be in the future!

I’m writing to you from the future to let you know that despite the fact that you’ve always thought of yourself as “overweight,” you really aren’t. Not very much anyway. That’s about to change after you join up with Amway. Now Amway won’t make you fat, but it will interrupt your normal pattern, which is to gain 20 pounds in the winter when you’re stuck indoors and then lose all of that weight over the summer. Instead, this summer, you’re going to add 20 pounds of summer weight on to your winter weight because you’ll be too busy doing Amway to spend two or three hours a day playing intramural sports, basketball, and lifting weights. Additionally, although Amway taught you a lot about success and people, you never got anywhere in the business and when you finally left, it was like dropping a 50-pound weight off your shoulders, which, incidentally, seemed to have settled in around your gut.

Thank you so much for the message, wise future self. After receiving it, I immediately realized that you were trying to warn me that the rat race is going to bring me down. So I joined a commune. It changed my whole life. Now, I’m rail thin and my entire diet consists of tofu and bean curd, which I pay for with the money I make from artwork I create out of trash that I find in dumpsters. Me and my girl Starfire, along with the spirit of the regal 15th-century Indian chief Spirit Elk who possesses me, all wish you well for your sage advice!

This was originally published at PJ Media.