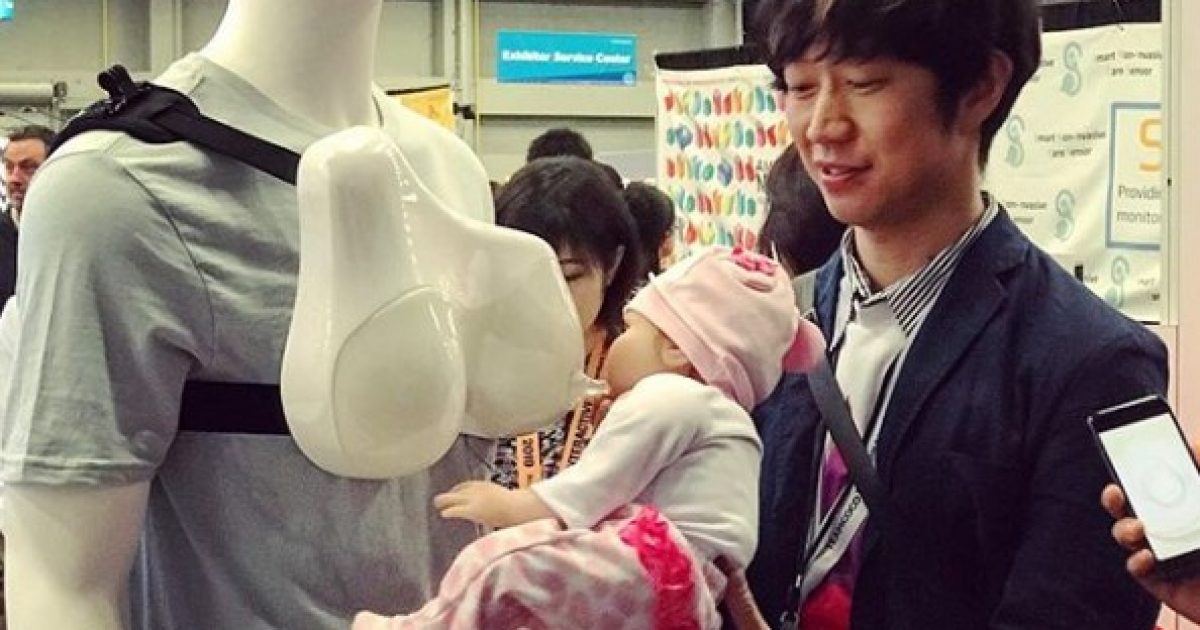 Just because you can do something doesn’t mean you should.

Dentsu debuted its father’s nursing assistant in Austin, Texas at the South by Southwest (SXSW) festival.

According to Dentsu, the father’s nursing assistant is a wearable device that resembles a woman’s breasts and is equipped with a tank for milk or formula and a nipple. The device also tracks the baby’s sleeping and feeding and allows parents to see the data on an application.

Why would any man ever want to make himself look like this much of a jackass rather than just using a bottle? Because “honey” will appreciate it? No, she won’t. She’ll think you look like an effeminate jackass just like everyone else. You want to feed your baby, feed him with a bottle, you dope!