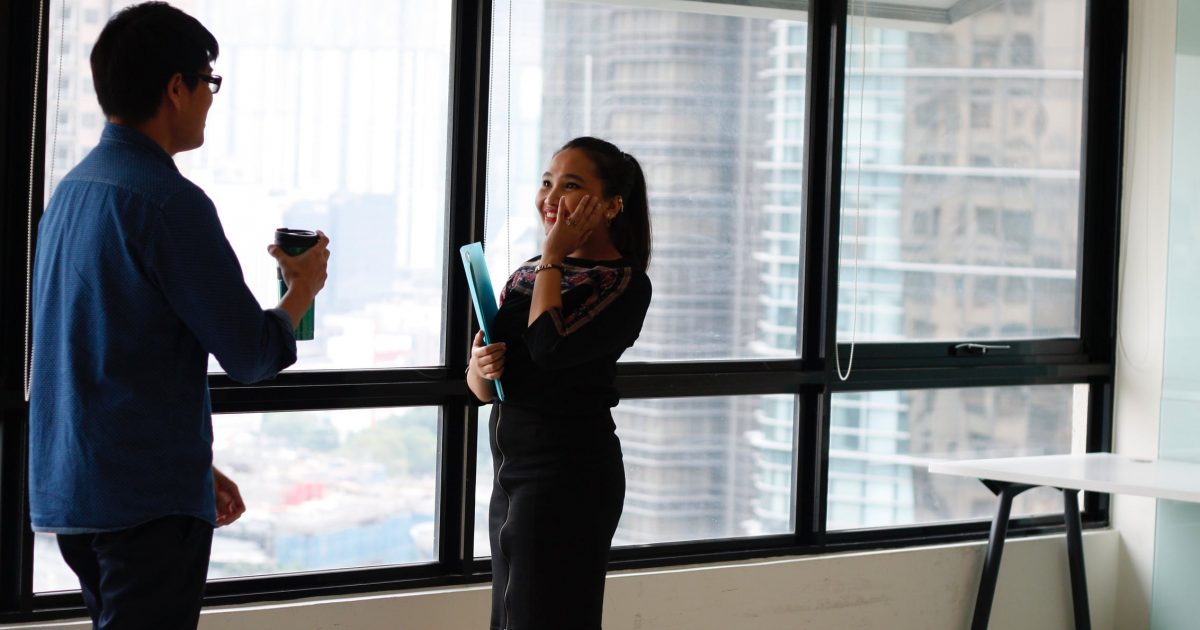 I think this post from Reddit is a fantastic example of the negative impact of the #MeToo movement, why men in the workplace are justified in not wanting to mentor women and how our whole way of looking at sexual harassment is off kilter.

A friend from back home is a nursing student and she wanted to tell me about this ‘Creep’ hospital administrator who she is thinking about reporting to senior management because he has been ‘Harassing’ nursing students.

She (F23) told me how while she was leaving the hospital one evening and walking to the bus (not alone, many other people were there) he (M 30) tried to talk to her and asked her about her studies and stuff. She told me she wasn’t interested in him and felt uncomfortable when he asked her if she was free to get coffee then. She said she was busy and he asked how about dinner some time, according to her she felt like he was harassing her and made up a fake reason and walked in a different direction, to which he politely said goodbye. My friend told me how she felt so uncomfortable that she waited 10 minutes before trying to get the bus, in case he was there waiting for her.

She also said another nursing student had had the same experience (minus being asked to meet up twice) and she felt like it was time for her to report him to the hospital. I explained that in the current climate, this could have major implications for his career and he would probably receive some sort of formal warning that would go on his record, she thought that was justified.

This is when I reacted:

Friend: So that he stops harassing students

Me: He shouldn’t have asked twice, he clearly has no game, but just talking to people as you walk to the bus isn’t harassment. F*ck, I even met my girlfriend by talking to her on a train, that wasn’t harassment either.

Friend: But there’s a pattern of him making us uncomfortable. I didn’t even walk to the bus for 10 minutes to make sure he wasn’t there.

Friend: No, but *we shouldn’t be made to feel uncomfortable*

Me: He makes you uncomfortable because he is ugly. Good looking men trying to flirt are never called creeps.

This conversation went on like this in circles. She said he was unattractive and I replied that if Ryan Gosling had talked to her in exactly the same way then she wouldn’t be considering reporting him, she’d probably have gone on the date.

A man approaching and talking to a woman used to be the normal thing that was done, I’ve met more than one girlfriend talking to somebody in public. I feel like my friend views this guy as creepy only because he was ugly and somehow feels justified in damaging his career as a result. This is not ok and should be extremely stigmatised. Making unfounded allegations and expecting belief is becoming part of our culture and it needs to be called out for the destructive phenomenon it is.

In fact, my sister put this perfectly when I asked her if it was creepy if a guy approaches her at the gym:

“Depends if he is hot or not”.

TLDR: Guys with no game and guys who are ugly should not lose their jobs because women perceive them to be creepy when they do the exact same thing as attractive men do.

Edit: She even referenced how in the #MeToo era she felt like reporting him was the right thing to do. He needed to be “Called out”.

One of the great ironies of the age we live in that is that we are incessantly told how women are strong, capable and able to do anything a man can do. In fact, if there is any area where men surpass women, we are told it must be the result of some kind of patriarchial bias keeping women from reaching their true potential.

On the other hand, in certain situations, we treat women like delicate flowers that are incapable of taking care of themselves or handling the slightest bit of negative stimulus. Look at what we’re talking about here. A man asked her out and she felt “uncomfortable,” so that’s something that should conceivably kill his career. No human resources agent would ever tell her, “You’re reporting that? Seriously? Get out of here.” If all the “you go girl” propaganda we have here is even 1/10 right, then women should be able to live up to the same standards men are held to in situations like this. Can you even imagine someone taking a man seriously if he said he felt uncomfortable if a woman asked him out? Of course, not.