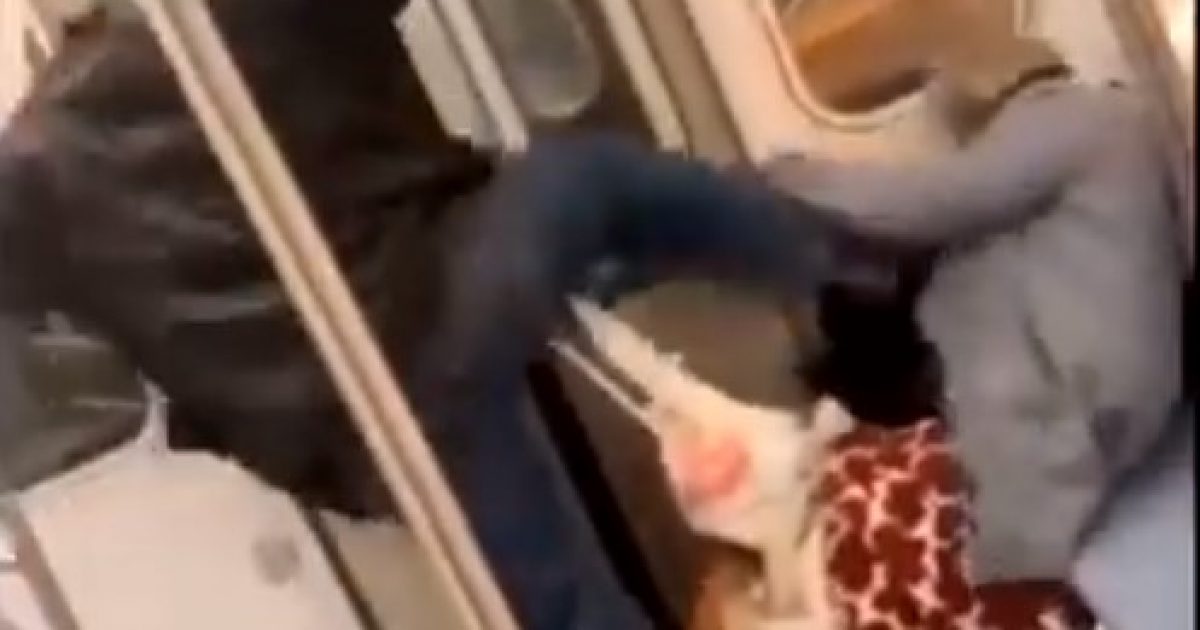 Over the last few years, we’ve seen a lot of people filming things happening when they should be stepping in. This is as bad as I’ve ever seen,

I don’t know what happened between that guy and that old woman, but you can tell from the audio that there are multiple guys standing in the background filming, “oohing” and “aahing” while a man kicks an old woman in the head.

To be a man, as opposed to a “man” or a boy, you need to be ready, willing and able to step in during a situation like that. That may mean doing some martial arts training. Depending on where you’re at in the country and your age, it may mean getting a concealed weapons permit and pulling out your gun.

A man who is unwilling, incapable or thinks it isn’t his duty to protect a 78-year-old woman being kicked on a subway is no man at all in my book.