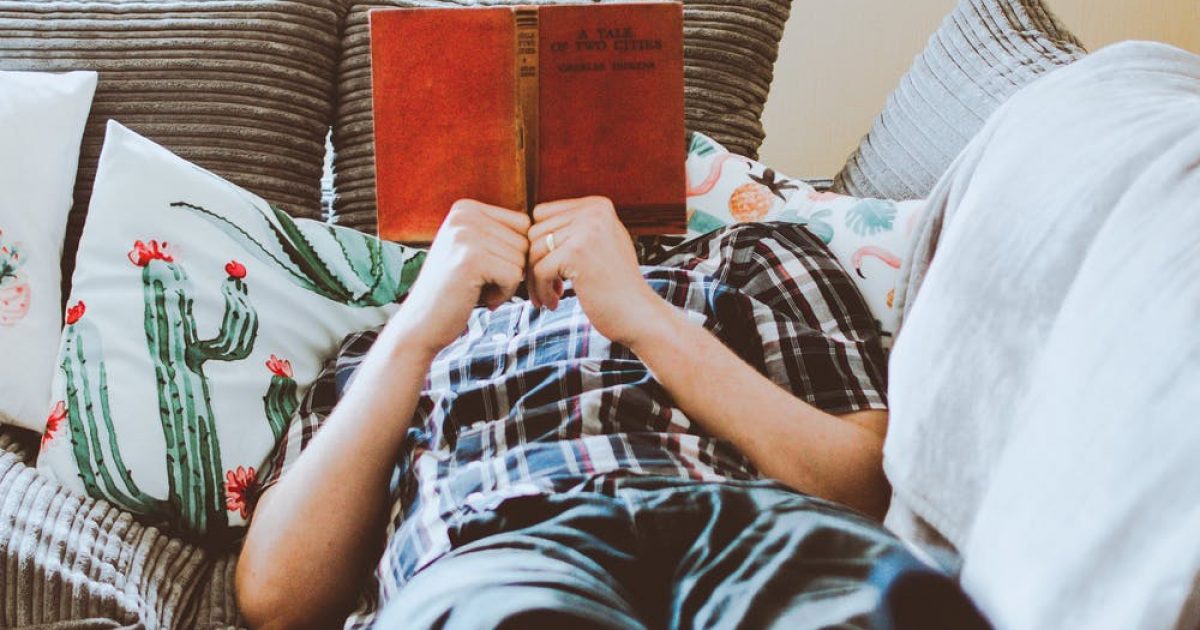 …….And in our modern society, there are more opportunities than ever to remain at rest.

You want to be entertained? You can watch tens of thousands of videos via Amazon, listen to tens of thousands of songs on Spotify, surf the net to look at an almost infinite number of naked women engaged in almost every sexual practice imaginable and you can take a break to eat an almost unlimited number of types of delicious food that you can pick up in local supermarkets. Want a sense of achievement? You can play video games that allow you to quickly and easily control characters with Godlike powers that win satisfying battles against adversaries. Want company? Via the Internet, you can chat with people from all over the world. If you don’t want to chat, you can just peruse Twitter or Facebook. All of this can be done from a comfy chair in your own air conditioned living room.

All of it makes it so easy to remain comfortable.

There’s nothing easier than pursuing comfort and that’s exactly what most people do. They’re the people that Henry David Thoreau was describing when he said, “The mass of men lead lives of quiet desperation.”

If you live a comfortable life, what else could you be but desperate? If being successful in life was easy, everyone would be doing it. In actuality, despite what you see on magazine covers, TV, and in advertising, nothing worthwhile is easy. There isn’t one simple trick to becoming rich, getting women or becoming successful. An apple a day doesn’t really keep the doctor away. There isn’t one “surprising ingredient” that will make weight loss quick and easy.

Instead, pursuing your dreams is hard work and reaching your full potential is agonizing. In fact, if Malcolm Gladwell is right, it takes 10,000 hours of deliberate practice to become an expert at anything. On the other hand, you may be able to develop basic proficiency at a skill by putting in 20 hours. Still, that 20 hours is often anything but fun.

I learned to handle a Glock at one of the finest firearms training institutes on the planet, Front Sight in Nevada. I spent a week there and it was hot in the mornings and cold in the afternoons. I was constantly uncomfortable because I was inexperienced with a gun. I had to deal with the annoyance of my more experienced partners CONSTANTLY correcting things I did wrong. My gun kept jamming. After spending the whole day training, I was exhausted. It was anything but fun — but because of what I learned that week, I can handle a Glock safely and I’m a good shot. Would it have been a lot more comfortable to stay home? You bet. Am I better off today because I spent that week being uncomfortable? You bet. Now I know how to handle a gun.

I don’t know what you really want out of life, but I do know it’s highly unlikely that it’s going to happen while you’re sitting on the couch in your living room. Helen Keller, a woman who knew something about getting out of her comfort zone, once said, “Character cannot be developed in ease and quiet. Only through experiences of trial and suffering can the soul be strengthened, vision cleared, ambition inspired and success achieved.” Follow her advice and follow the advice of Friedrich Nietzsche, “To live is to suffer, to survive is to find some meaning in the suffering.” No matter what you do in life, you’re going to suffer. You might as well suffer to get what you want.

Forget about comfort and embrace work, striving, danger, risk and suffering. If you do that, you can live your own dreams instead of just being a spectator as others live out their dreams in stadiums, on TV and in the movies while you watch in envy.