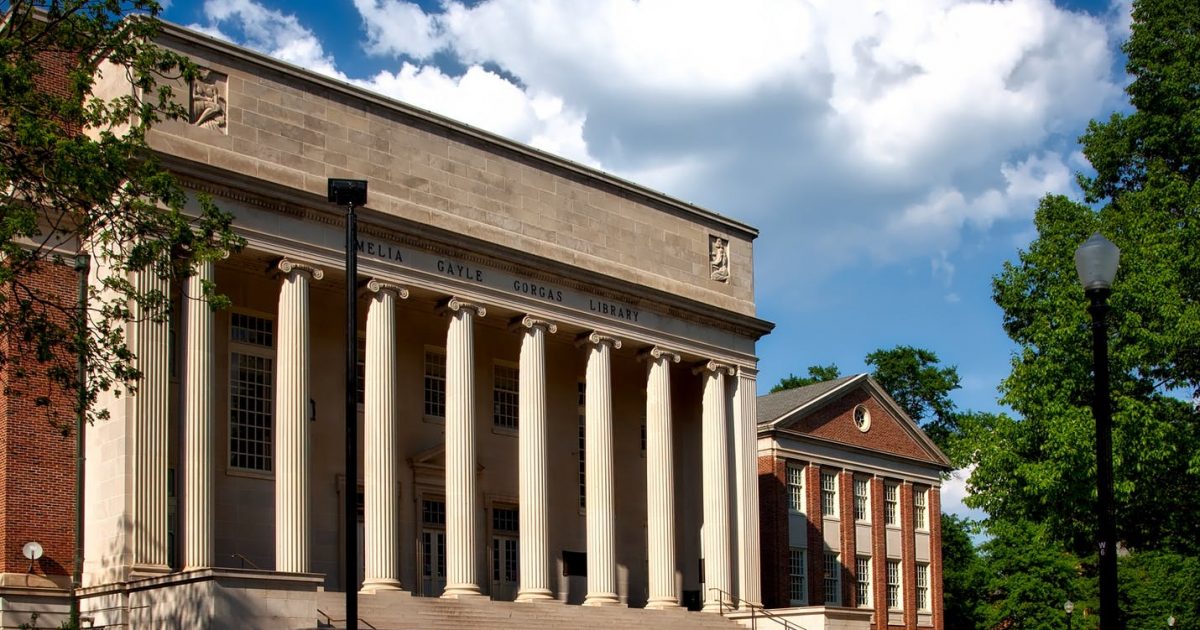 Apparently there are people that are huffy because Homer, Herodotus, Sophocles, Plato, Aristotle, Demosthenes, Cicero & Virgil are on the Columbia library building.

If you’re wondering if there are any women that have made intellectual contributions that measure up to any of the men on that list, the honest answer is “no.”

But since it’s 2019, people can’t admit that; so they have to pretend that having all these great men on there is a terrible slight to women.

These are the author’s names chiseled into the stone facade of Columbia University’s Butler Library. In case it hasn’t become clear yet, every single one of them is a man.

…This week, a new banner for the 21st century has been stretched across the face of Butler Library.
It won’t stay for a day or a couple of minutes, but for the entire fall semester as part of a student-led exhibit supported by Columbia University Libraries.

In an op-ed for the Columbia Spectator, representatives of the Butler Banner Project explained that the names displayed prominently on historic campus buildings are more than just tributes to donors or revered figures.

“They are constant yet subtle reminders of the values of their respective institutions,” they write. “Every time someone walks past Butler, they see the names of eight white men and internalize that these are the writers and thinkers that Columbia deems deserving of cultural admiration.”

Don’t get me wrong, there are certainly talented female authors. I’m a big fan of Ayn Rand’s work and I thought Sylvia Plath was amazingly talented. There are also unquestionably classic books written by women like Uncle Tom’s Cabin, Pride and Prejudice and if you want something more contemporary, the Harry Potter books could have a long shelf-life as fiction classics.

But, pretending that writers like Leslie Marmon Silko and Ntozake Shange deserve to be mentioned in the same breath as Cicero and Homer should make any educated person roll his eyes. You want to acknowledge female writers? Do it, but don’t lie by trying to pretend these female authors are much greater than they are to do it.