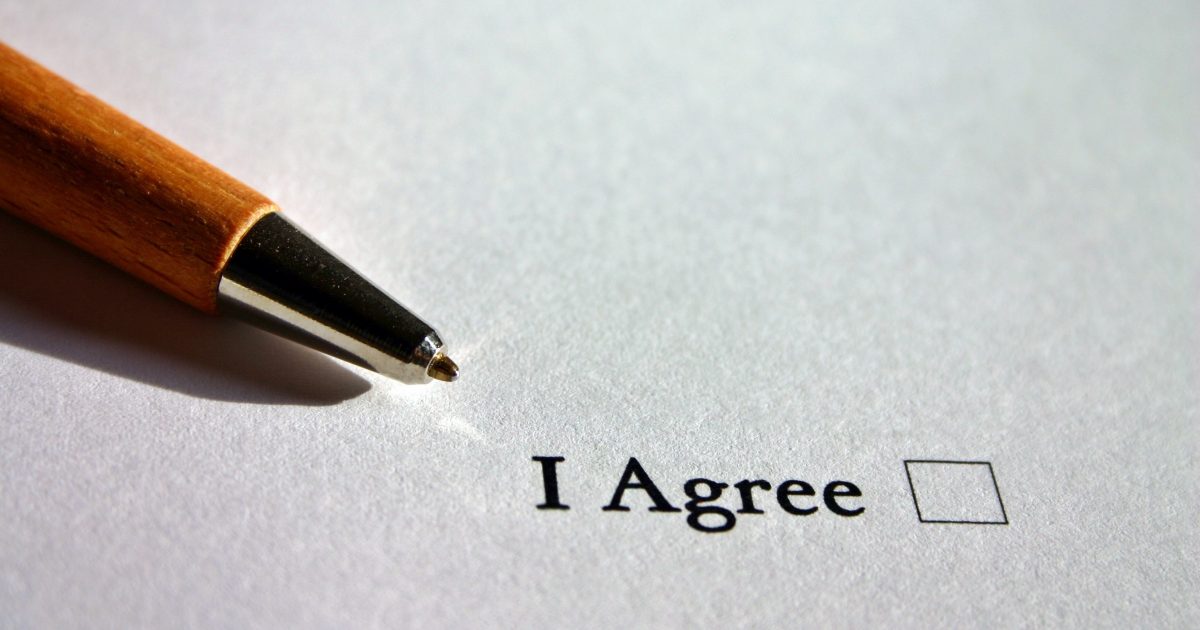 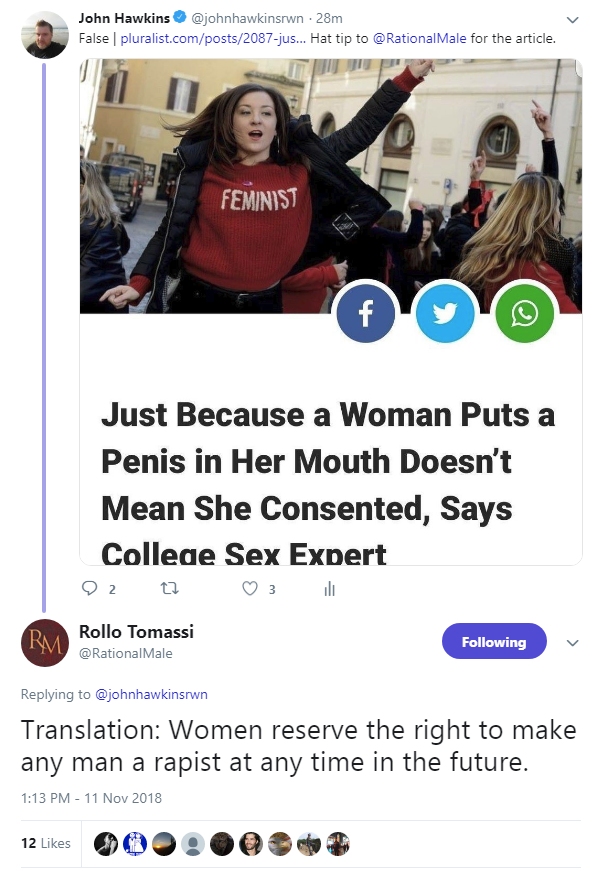 I was a psychology major and I can still remember taking a women’s psychology class in college and reacting in horror when the teacher suggested that since it was difficult to prove rape cases, men should be guilty until proven innocent of rape.

Of course, as they say in MMA, there are levels to this game. What you’re seeing above is the next level and it’s called enthusiastic consent. Not only does the woman have to verbally consent to each stage of sex, which is something 99% of humans seldom or never do, but she has to do so enthusiastically.

This is an attempt on the part of feminists to move the goalposts on sexual assault to cover any sex women wish they wouldn’t have had afterward. In other words, whether a man committed rape or not during any sexual encounter would be at the discretion of the woman involved. Think I’m exaggerating? Well, the headline above comes from the Pluralist which was reacting to this article at Tablet. Check out this paragraph from that article and prepare to have your mind blown,

Part 2 introduces the perspective of Hanna Stotland, an educational consultant who helps students reapply to school after being expelled for sexual misconduct. Early on in the segment, Stotland describes in detail the experiences of two of her recent clients—the kinds of offenses that arguably strain even the most generous definition of “misconduct,” and which supporters of campus sex codes tend to dismiss as malign fictions. One young man was suspended from school for two years after consensual contact with a girl who claimed afterward that her “yes” was not genuine. Another was sanctioned after a girl brought him back to her room and initiated an encounter that included oral sex, but not a verbal “yes” beforehand, leading to a jaw-dropper of a soundbite from Stotland: “If you go in somebody’s dorm room and she touches you, and places your penis in her mouth, she has not conveyed consent.”

Can you imagine being branded a rapist by a school because some girl dragged you back to her room, went down on you and then got a case of the feels about it afterward because she felt like a slut or her boyfriend found out? All the people involved with this kind of thing at the schools should be fired and they should be paying out hefty 7 figure sums to the men that they wronged. If they want to rewrite human sexuality, let them do it in some weird sci-fi novel, not at a university where the lives of innocent men are being turned upside down by their bizarre view of sex.