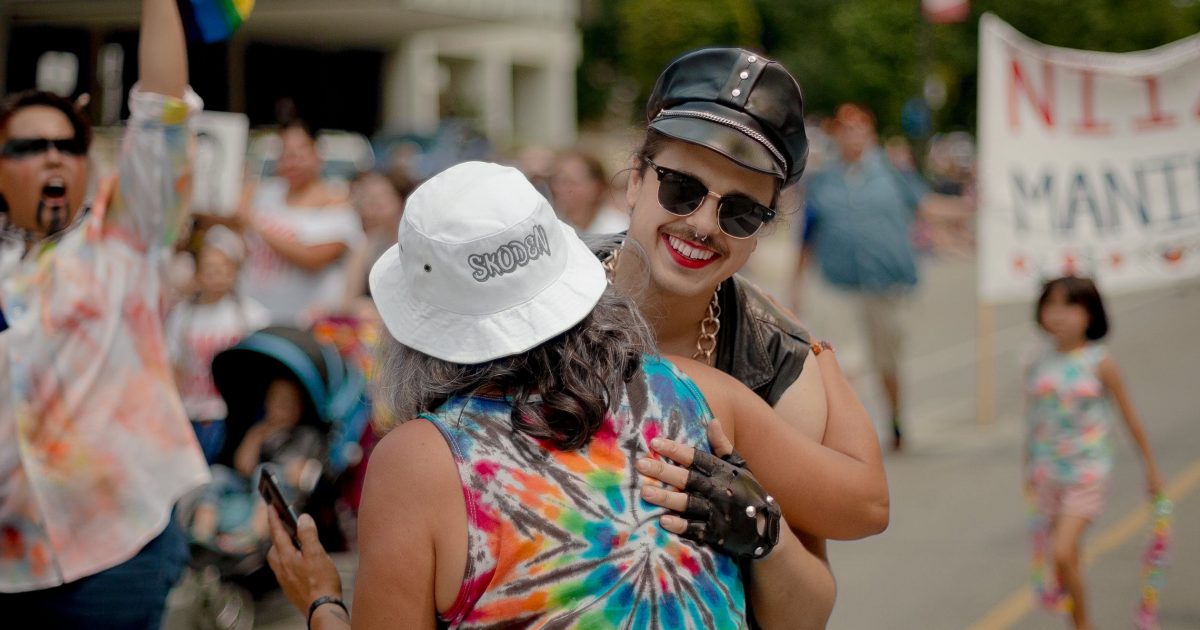 Someone should send missionaries into this degenerate church to convert them to Christianity because whatever the Hell they think they’re doing, this ain’t it.

The church service began with a hymn, as the choir sang, “God welcomes all.” When it was time for the “moment with youngest disciples,” out came Sparkle wearing a pink, flowing dress, with green curls adorning her head.

Sparklethen read a book telling the story of Harvey Milk, the first openly gay politician to be elected in California. The San Francisco city official fought against discrimination based on sexual orientation. Sparkle explained how Milk’s legacy lived on after he was assassinated.

While Sparkle’s story was directed toward children sitting at the speaker’s feet, some teenagers also joined them in the front, and the whole congregation, young and old, clapped at the exciting parts of the tale.

Mount Auburn Presbyterian is celebrating Pride month throughout June, and the sanctuary is decorated to match the occasion, with pride flags covering the front walls and rainbow candles adorning the stage.

The fact that even the churches are promoting degeneracy makes me think twice about visiting because if anywhere in the US is begging for the Sodom and Gomorrah treatment, it’s the area around this church. It would be really terrible to be just driving by when the cleaning fire sweeps through the area turning everyone into pillars of salt as a lesson to the rest of mankind.