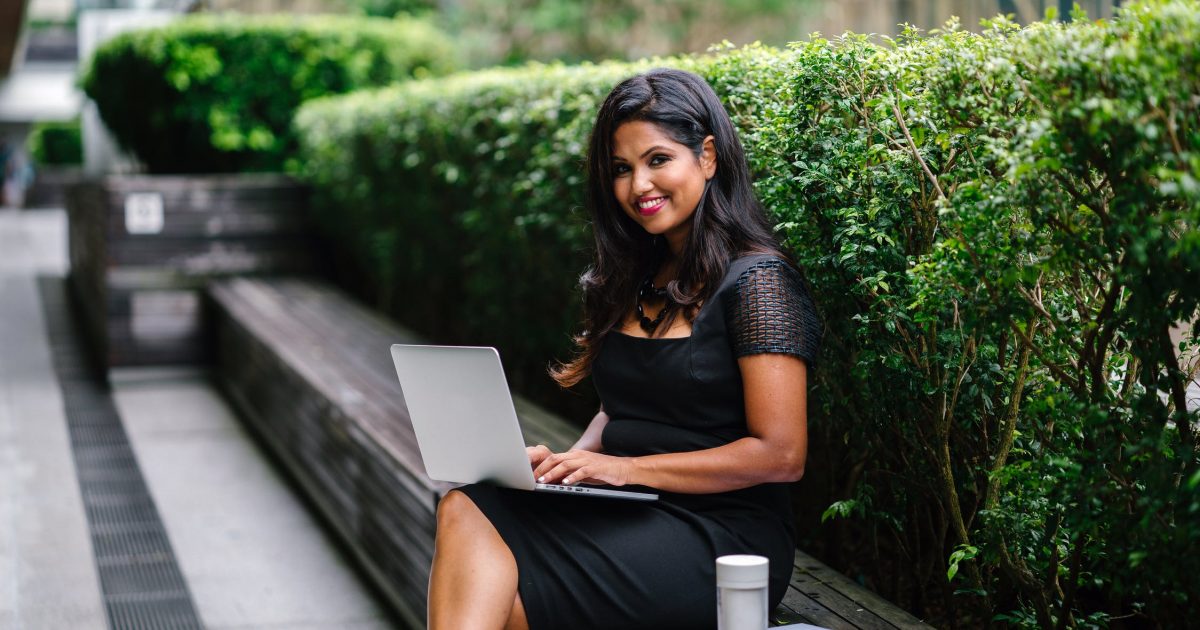 If you want to know what’s wrong with modern feminism, a column at Fortune called, “Girls Who Code CEO: Men Need to Be Brave in the Service of Women” is a great place to start.

Like many feminist writers, the author Reshma Saujani attempts to take advantage of men’s natural urge to help and protect women, while treating them like suckers for making the effort.

Since she’s the CEO of Girls Who Code, it’s worth noting that this is doubly so when we’re talking about STEM-related courses, which is one of the few noteworthy fields women don’t dominate in our feminine centered education system. Do fewer women than men pursue STEM careers because the hours are too long and the work is too hard to do for people that aren’t highly motivated by the opportunity to get a better mate by making a high salary? Is it because of biological differences? Are women just less inclined towards it than men? You certainly won’t see those issues discussed in Saujani’s piece, which essentially just asks men to lift women up on their shoulders in the working world and carry them over the “goal line” to success. Here’s a good place to start with Saujani’s essay,

As a society we encourage, expect, and reward bravery and failure with our boys in a way that we don’t with our girls. We raise them to tinker, to break things apart, to take risks. By the time our boys grow up, that bravery mindset has them applying for premature promotions, asking for outsized raises, launching startups with abandon. That bravery propels them to the C-suite, to public office, to power (earned or not).

But now, with so much on the line, we need men to use that bravery in service of women. They shouldn’t fight our battles for us, but be part of a battle that is ours collectively.

In practice, that means a few things. It means the obvious, but difficult, act of addressing sexist comments. It means making sure male colleagues aren’t claiming women’s ideas as their own.

The whole idea that guys keep stealing women’s ideas has always reminded me of the similar idea that successful women that are striking out with guys are doing so because they “intimidate” men. You can’t say that NEVER happens, but personally, although I have known many women I liked and admired, I’ve never met a woman in my adult life that I found to be the least bit intimidating in any way. The same goes for men supposedly stealing all these great ideas. I’ve had women steal my ideas and I’ve had men steal my ideas, but there’s not some epidemic of women coming up with great ideas that are being stolen by men.

Oh also, notice that men and women are battling “collectively” not for EACH OTHER, but for women. I guess the men facing false rape accusations, dying younger than women and falling behind in our school system don’t need anyone “battling” for them. But, let’s go one.

Sometimes, it means the opposite of speaking up. A 2012 study by researchers at Brigham Young and Princeton universities found that in group settings, “the time that women spoke was significantly less than their proportional representation—amounting to less than 75% of the time that men spoke,” according to a summary in Science Daily. Women can’t be brave if we can’t get a word in.

It means reckoning with the fact that women are disproportionately burdened with child care responsibilities, and that our careers are often set back or derailed completely when we start families. We need men to take leave, to talk openly about parental leave to reduce the stigma for new fathers, and to show up for conversations around reproductive justice.

If women choose not to speak up, whose fault is that? That seems like a personal issue for meek people (including women) to deal with, not a gender issue. Also, I love the fact that as people have correctly countered the false idea that men make more than women for the same work by pointing out that women take more time off after having kids, that the feminist talking point has seamlessly shifted to “men need to take more time off to make it fair.” Put another way, give up that competitive advantage that will lead to more success and promotions to make it easier for women to pass you in the workplace.

Not so long ago, most women weren’t competing with men in the workplace. They were at home taking care of their families. That changed and people applauded the idea that women have more options. Now, feminists have moved past that point to, “the workplace needs to be restructured to make it easier for women to have a competitive advantage over men.”

Women already have an advantage in our schools, our court systems, and our dating lives; so I’m not a fan of saying, “Gee, how do we cripple men in the working world to help women get ahead of them?” I don’t even think this massive cultural shift towards women becoming more masculine and giving up on having kids to have more productive careers has been particularly good for men, women or our society. Meanwhile, if we’re talking about one of the reasons women aren’t surpassing men in the workforce, I think it’s worth noting that the CEO of “Girls Who Code” that wrote this article graduated from college with degrees in Political Science and Speech Communication instead of getting a STEM degree. She wants to be viewed as a leader when it comes to coding, but she didn’t even bother to learn to code first.