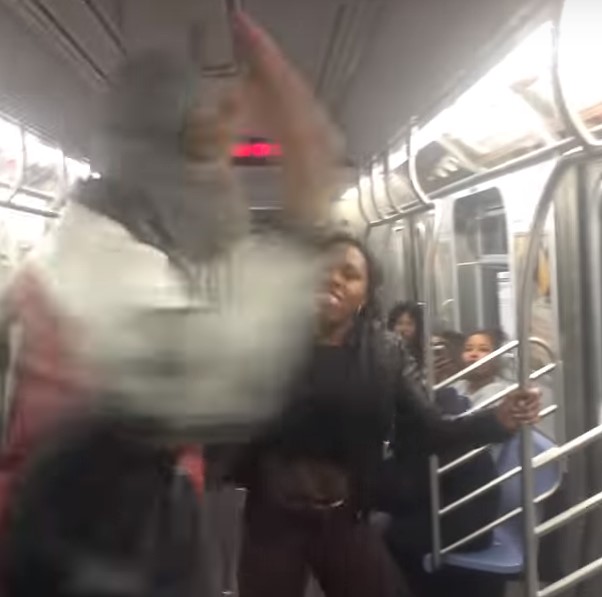 There’s not a lot of disagreement about the fact that men that beat women are the scum of the earth. However, when the situation is reversed, there are two ways of thinking that typically come into play when men think about hitting women that are attacking them.

A) Men don’t hit women for any reason: This is how most people were raised and it’s ingrained in their psyche. All they need to know is that a man and a woman had a physical altercation and they already know who the bad guy is with no further information needed.

B) In the age of equality, if a woman attacks me, why shouldn’t I be able to hit her back? In an era where women are regularly told that they can do anything a man can do, only better, it’s becoming more common to see women that actually believe they can physically beat up a man. This is despite the fact that it’s like a sheep picking a fight with a wolf. If a woman tries that with you, why can’t you give her a soul slap?

What about doing this to a woman that gets in your face and lays hands on you?

Pretty clearly, both of these women earned what they got. They were both picking a fight, both the aggressors and both assaulted these men. Neither of them deserves any pity for what happens next.

However, it’s also worth noting some other things that happened in those videos. After the guy dished out his soul slap, another guy that was watching her act like a lunatic while doing nothing, attacked him. In the second video, it’s all fun and games when she’s aggressively pursuing him, but when he retaliates, there’s shock, people are crying, teachers that did nothing before then step in — and this is typical.

This leads to some key things to keep in mind.

1) It doesn’t matter who hits first, how violent a woman is, or what led to the fight, most people are going to blame the man. Incidentally, “most people” includes your friends, your family, bystanders who saw the whole thing, and even the police.

That last one can be a particular issue if say the woman assaulting you is your girlfriend or wife. This is not a minor problem. In fact, according to some estimates, “equal proportions of men and women reported being victims of spousal violence.” Unfortunately, there’s a huge double standard involved. If a man hits a woman, it’s treated like the worst thing in the world, but if a man hits a woman, it’s usually treated as a joke. Why is it treated like a joke? Because he’s a man and OBVIOUSLY, he could physically overpower her and put a stop to the abuse. Of course, if he does that, then he’s usually treated as the abuser, even if he’s just trying to keep himself from being injured.

2) A physical confrontation with a woman is usually a “can’t win” situation for a guy. The number of men who have been attacked by their girlfriend or wife and who then defended themselves and then have gone to jail for domestic abuse are legion. The guys in those two videos above? They may very well have gone to jail if there wasn’t video proving that they were assaulted first. If there’s a crowd around, sure they MIGHT testify on your behalf, but they also might laugh at a woman attacking you until you fight back, at which point they’ll all attack you for hitting a woman. It really is a “can’t win” situation for a guy being physically attacked by a woman.

3) If she physically attacks you and you have no other choice than to defend yourself, be as gentle as possible. Wrap her up. Use the clinch. Try to overpower her without injuring her.

Of course, that’s easier said than done when your adrenaline is pumping and she’s going all out, trying to hurt you any way she can. That goes double for someone who hasn’t been trained. In other words, once it gets to a point where there’s a physical struggle, even if you don’t want it to go that way, she may get busted up and that’s going to be bad for you because again, remember, if you are a guy, you will be treated like the bad guy no matter who started it, who hit who first, etc, etc.

The really important thing is, “Can you win at what comes AFTER you win the fight?” You know, when the police show up and the hyper-aggressive woman who swung on you for no reason before trying to bite you goes, “OMG. He attacked me! I was so afraid he was going to hurt me” and starts bawling.

In a situation that can get physical with a woman, that old saying, “discretion is the better part of valor” becomes the best advice you can follow. If she’s getting out of control, video it if you can.

If things get physical and she does any damage while you aren’t touching her, you may even want to report it to the police. That’s so when later she plays the “When I attack you it’s justified/a joke, but when you shove me away to keep from being injured, it’s excessive violence” game, you have evidence to support what you’re saying. If she sends you anything in emails or texts noting that she hit you, keep it. The laws are different in each state, but if it’s legal in your state to record phone conversations without telling the other party, if you can get her to admit to violence, do it.

It seems unfair that if you are a man and a woman attacks you physically, YOU are the one who has to be warier of the consequences, but that’s exactly how it works in the real world 99 times out of 100. Your freedom, your reputation, even whether you get to see your children, may one day depend on you fully understanding this.