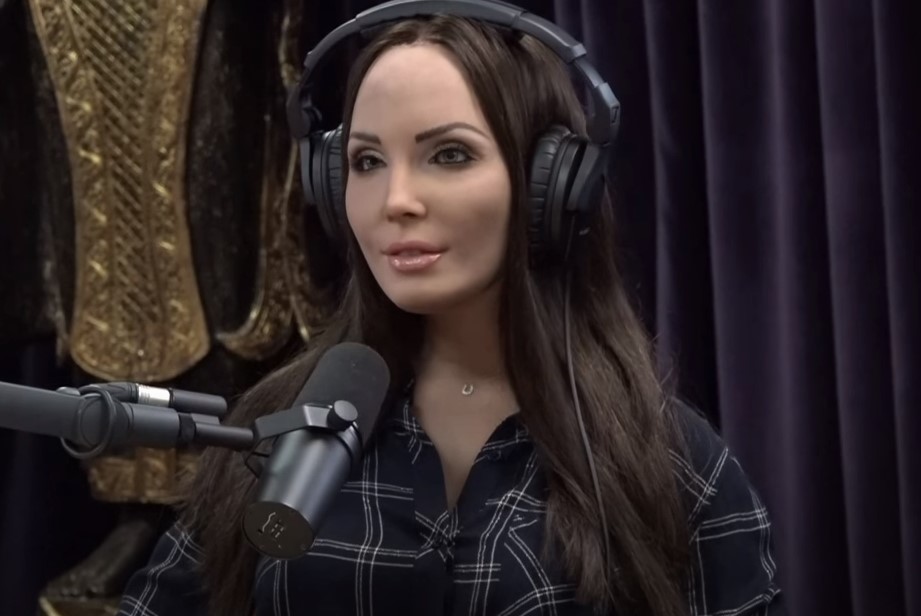 Nothing against her, but I wouldn’t pay $100,000 to have the real Whitney Cummings hang out at my house and do anything I want for a year, so I’m kind of surprised someone paid that much money to buy a sex doll based on her:

Mike Wilson, an employee at RealDoll, said the doll was the most expensive model the company had ever produced.

Cummings previously introduced the robot on her stand-up comedy show.

It was also a guest of the Joe Rogan podcast, and has been filmed answering questions.

…After the robot was sold a RealDoll rep, who uses the alias Brick Dollbanger, said demand had soared for exact version.

But he said it was not possible to keep selling more because that would breach licensing laws.

Granted, if you’re into sex dolls, this may be the most famous sex doll on the planet since it has been on the Joe Rogan show and a Netflix special. But, what good does that do you? Are you going to show it off to people? “You have probably seen this on TV. I have sex with it on the regular.” That’s not cool, bro.

Furthermore, once you are paying that much for a sex doll, it raises some obvious questions. For example, sugar babies are a real thing in every city in the US now. That means you could have sex with a real girl, with an almost negligible chance of running afoul of the law, for years for the same amount of money you’re going to spend on an advanced masturbatory aid.

By the way, in case you’re wondering, this “sex robot” is basically just a non-moving sex doll with a not particularly great AI making horrifically bad conversation with you. That’s why we’re all making fun of it. Given where the technology is today, it’s kind of creepy. On the other hand, if it were a walking, talking robot that looked and sounded human, could be programmed to fulfill your wildest fantasies in bed and then clean your house, cook your dinner like a world-class chef and take your dog out to pee, I think there would be at least a 50/50 chance the whole human race would end up going extinct if these things became widely available.