A tweet by Rian Stone featuring this chart caught my eye,

We like to think of history as one long, forward march towards progress, but that’s often not true and although we’ve advanced culturally from our ancestors in some ways, we’ve also gone backward in a number of important ways. This is one of them and my guess is that women in the seventies were probably significantly more sexually active than women in the forties and fifties before birth control pills hit the market.

Setting aside STIs and having children out of wedlock, there’s another big problem with women having sex outside of marriage. The more sex women have outside of marriage, the more likely it is that they will later divorce their husbands. It’s not an exact correlation, but if you’ll notice, a woman with 10 partners is nearly 7 times more likely to divorce you than a virgin.

It makes sense, right? Some churchgoing girl who saved her virginity for marriage is more likely to hang in there with her husband than the girl who can’t adjust to the married lifestyle because she spent her twenties trying to recreate “Sex and the City.”

This also creates a bit of a weird dynamic for men. You can sleep with the women that have high notch counts, but when it’s time to get married, seek out the less experienced woman who doesn’t just put out because the two of you have passed date #3. If you want to know why men from their early twenties all the way up until their fifties like women that are basically the same age, that’s certainly a seldom discussed part of it. 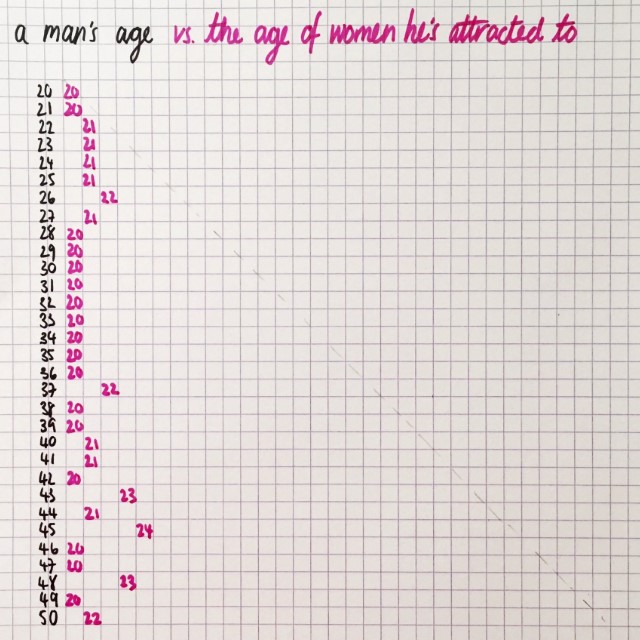 I can’t tell you exactly how to fix the ugly new dating culture we’re creating in America, but I can definitely tell you that it’s inferior to the one we used to have.