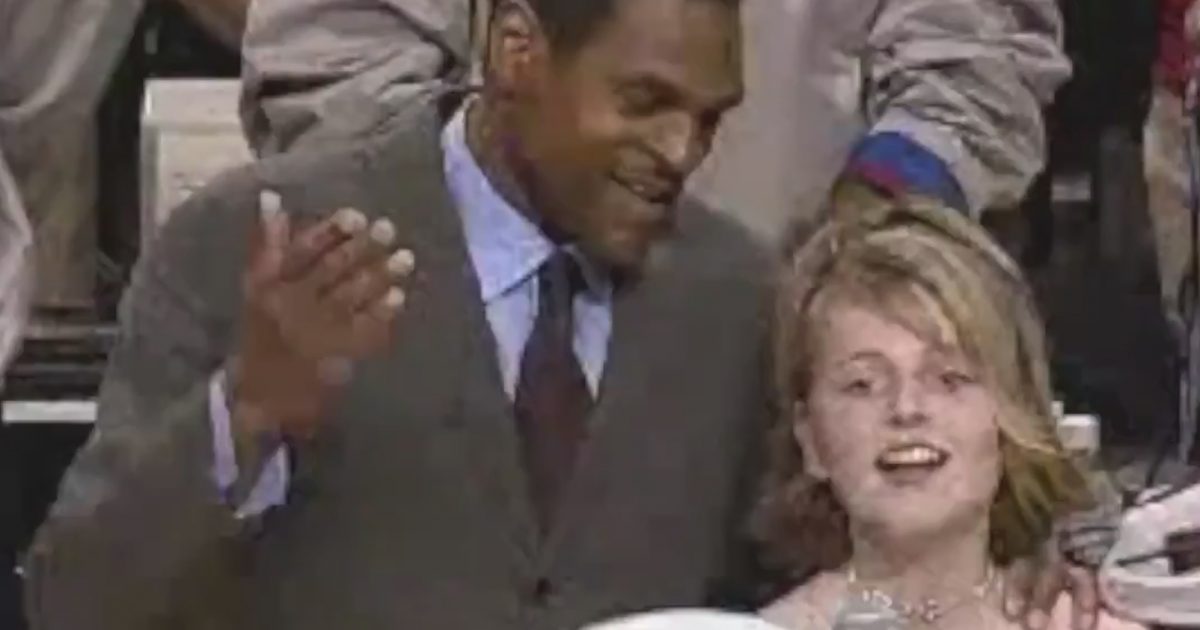 This moment isn’t what made Maurice Cheeks a Hall of Famer, but is one of our favorites nonetheless: pic.twitter.com/j1GtaBO19P

When someone is blowing it, there’s nothing easier than to stand on the sidelines and watch them implode. Maurice Cheeks COULD HAVE done that and no one would have thought worse of him. Instead, he walked over and helped that young girl who was probably in the middle of the most humiliating moment of her life. As a result, he looked like a hero, like a patriot — and what could have been a terrible day for her turned into an incredible moment she’ll probably tell her grand kids about one day. It’s not your responsibility to fix everyone else’s problems, but when something so small can have such a huge, positive impact, just remember how Mo Cheeks stepped up to the plate.