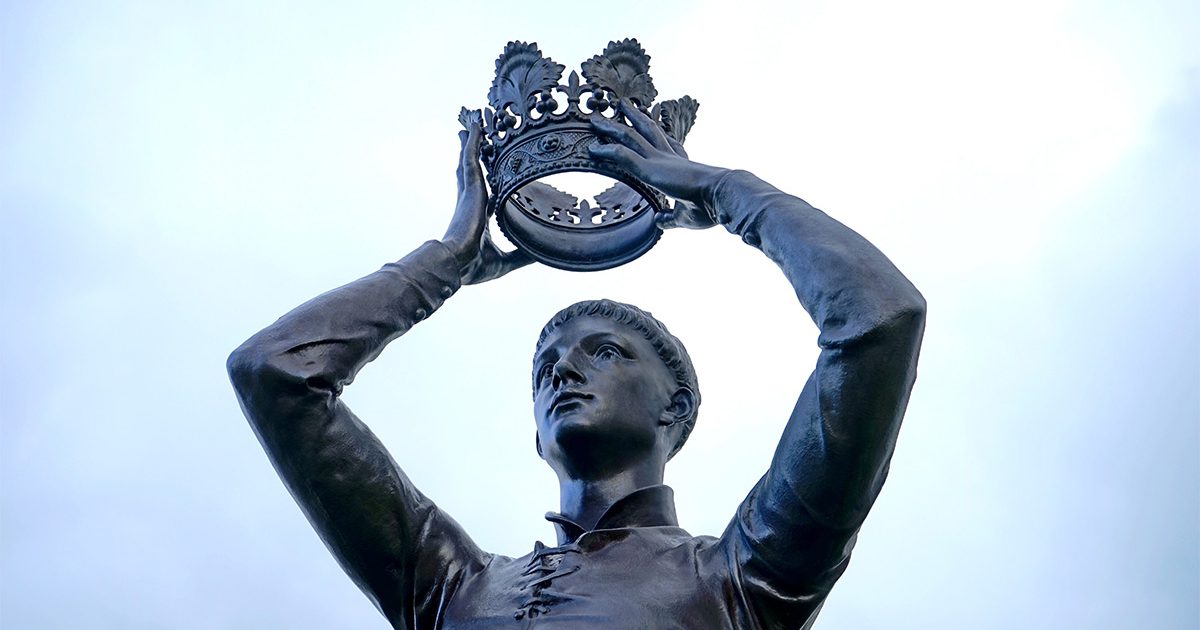 On the one hand, as the great Thomas Sowell has written, “There are no solutions. There are only trade-offs.” So don’t kid yourself; everything you do has a price even if that price is just an opportunity cost (If I play golf, I lose the opportunity to play baseball at the same time.)

On the other hand, life is LONG. The average man lives to be 76 years old and those numbers are a little skewed by early deaths. If you make it to 65, chances are you have another 20 years to go.

So, you have to ask yourself:  What do I want to do with all that time? You’ll find a way to fill the hours, whether you plan it out or not. In fact, that’s what most people do. They play video games, get hammered, watch TV, gab away at the water cooler and look for any and all other diversions to distract them. Is this a pleasant existence? Apparently so for most people.

Other people go in a different direction.

Ask yourself, what’s the primary difference between the NFL player and the guy watching him in the stands? What’s the difference between the actor on the stage and the guy in the audience? Between the people watching Friends and the people starring in Friends. There are all kinds of answers you could give to those questions, but the real answer is that one group of people went for it. They decided it was worth their time to try to be great.

So why not go for what you really want in life? It doesn’t have be something huge like “Hollywood movie star” or “NBA player.” It could be teaching Krav Maga, becoming a first rate chef or benching 300 pounds. Different people have different goals, dreams, desires and potential, but it’s always more fun to be the one everyone is looking up to and learning from than the guy in the cheap seats.

Somebody has to be the great one, the leader, the one other people admire. Why not you? Are you telling me that you don’t want it? You don’t want to be the star, the big man, the guy that everyone wants on the team? I find that almost EVERY MAN wants that, at least on some level. In fact, most men love the idea, but so many of them want the glory without doing the grunt work. They want to be Hercules, but they don’t want to have to clean out the Augean Stables. They want to be Steve Jobs, but they don’t want to spend month after month in a garage fussing over circuit boards. They want to have a body like a Greek god, but in the immortal words of Ronnie Coleman, “Everybody wants to be a bodybuilder, but nobody wants to lift no heavy-ass weights.”

Of course, a lot more people would be willing to embrace the grind…..IF they were guaranteed success. If I keep putting in 70 hour weeks for 7 years, 3 months and 12 days, I get to be a millionaire? DEAL. But, that isn’t how it works.

Instead you have to choose something to be great at. Then you have to dig into it and work harder than almost everyone else you know. You have busting your ass instead of watching The Walking Dead marathon that just came on. After putting in endless time and effort, then you’ll get your reward, right? Maybe, maybe not. You might spend ten years becoming the world’s great Disco singer right as Disco goes out of style. You might become as good as you can get and still not be good enough. You might ALMOST break through, but never quite do it.

This uncertainty is what keeps so many guys from going for what they want in life, but does that really make sense?

I knew a guy in high school who was 6’5”, ran a 4.4 forty, had a forty inch vertical leap and was quick enough to play point guard. Once in a pick-up game, he got so high above me that he blocked one of my shots WITH HIS ELBOW.

Now, me? I never had the raw athletic ability to play in the NBA, but he did. He ended up being a bottom of the bench guy in a couple of short stints with NBA teams and spent most of his career kicking around Europe and the minor leagues of basketball. Undoubtedly, this guy was probably dreaming of having a long, lucrative NBA career that would leave him famous and wealthy. Did that happen? Nope.

So, were all those endless hours of working his butt off to improve his skills worth it? Only he could answer that question for sure, but I’m guessing he’d say “yes.” He did have a career as a basketball player. There’s a lot of respect for him in that local community we grew up in because of his skills. Lord knows it must have gotten him laid more than a few times. This is a guy who traveled the world, who semi-regularly played pick-up games with Michael Jordan, who made a career out of playing a sport he loved.

That doesn’t sound so bad, does it? Do you really think he would have been better off if he never put in the effort and spent all those countless hours playing basketball vegging out in front of the TV instead? You think he’d have achieved as much as he did? Do you think he’d be a stronger person? You think he’d feel better about himself without all of those great experiences he must have had? The elation of making a NBA team for the first time, shaking hands with NBA all-stars, having a stadium full of people cheering for him? No way!

I don’t know what you could be great at, but I do know there’s SOMETHING. Maybe you can become a world class cabinet maker, become a CEO, invent the next social network that makes everyone forget about Facebook. Maybe your talents are a little broader. Maybe you’re a guy who has that perfectly balanced life with a decent career, a wife who thinks you’re amazing, kids who look up to you while you enjoy painting, shooting and singing in the church choir. If that’s your perfect life, GO FOR IT.

There are very few people who are within a country mile of their ultimate potential. Don’t you want to be one of those people? Don’t you want to look back at 102 years old on your death bed and say, “It has been one wild ride, but I did everything I could do with the life I was given.” Be that guy and YOU KNOW, you ABSOLUTELY KNOW that you won’t be sorry.