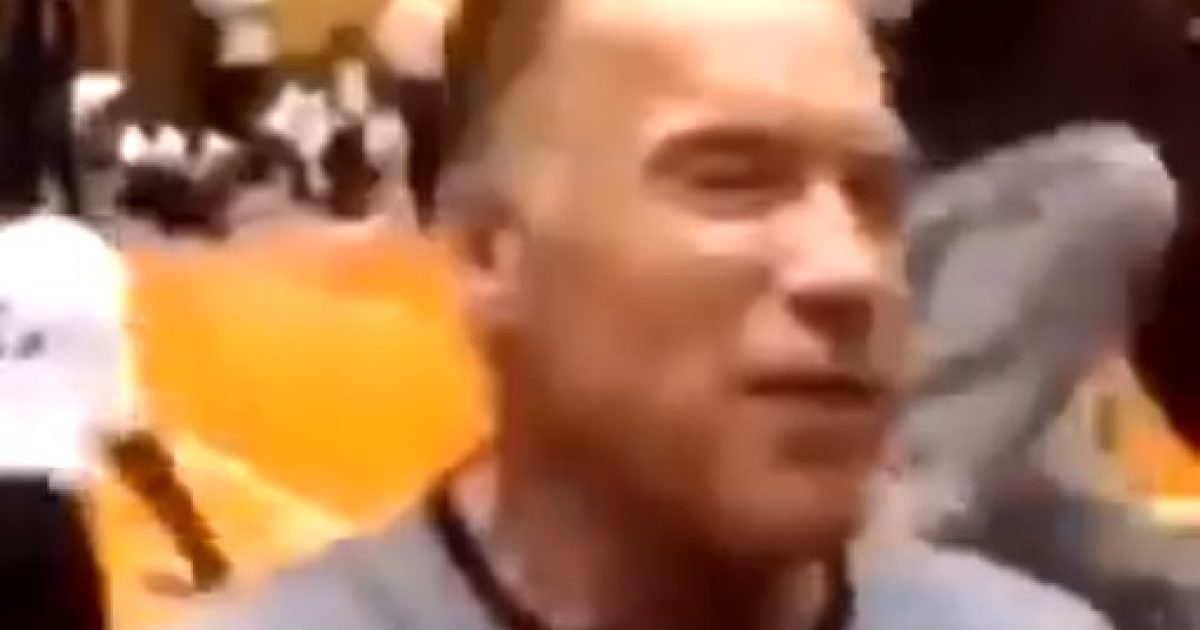 Even at 71 years old, Arnold Schwarzenegger is still a beast. So today, he was standing there, talking to a fan in South Africa and doing a Snapchat video, when some jackwagon running at full speed did a dropkick into his back. Schwarzenegger had no idea it was coming, but it didn’t knock him down. He just staggered a step and then turned around like, “The jostling from the number of fans that wants to meet me is slightly rougher than I anticipated.”

Imagine full speed drop kicking an unsuspecting 71 year old in the back and it doesn’t even knock him down. @Schwarzenegger is a solid wall. pic.twitter.com/ykB1ccb9Yw

Afterward, Schwarzenegger, who still has more jacked arms at 71 than 99% of humanity will ever have, went back to what he was doing.

“I only realized I was kicked when I saw the video like all of you.” Schwarzenegger tweeted shortly after the attack. “I’m just glad the idiot didn’t interrupt my Snapchat.”

I was never a fan of Arnold the politician, but Arnold the man has always been a legend. He came to America, became a bodybuilding champion, a movie star, married a Kennedy and became a governor. This is a man who has genuinely lived a life of accomplishment and he’s doing it. Even now at 71, he’s showing men that if you stay active and keep pumping iron, you can still be mobile and strong when you get old instead of just deteriorating as your level of activity drops off to nothing.