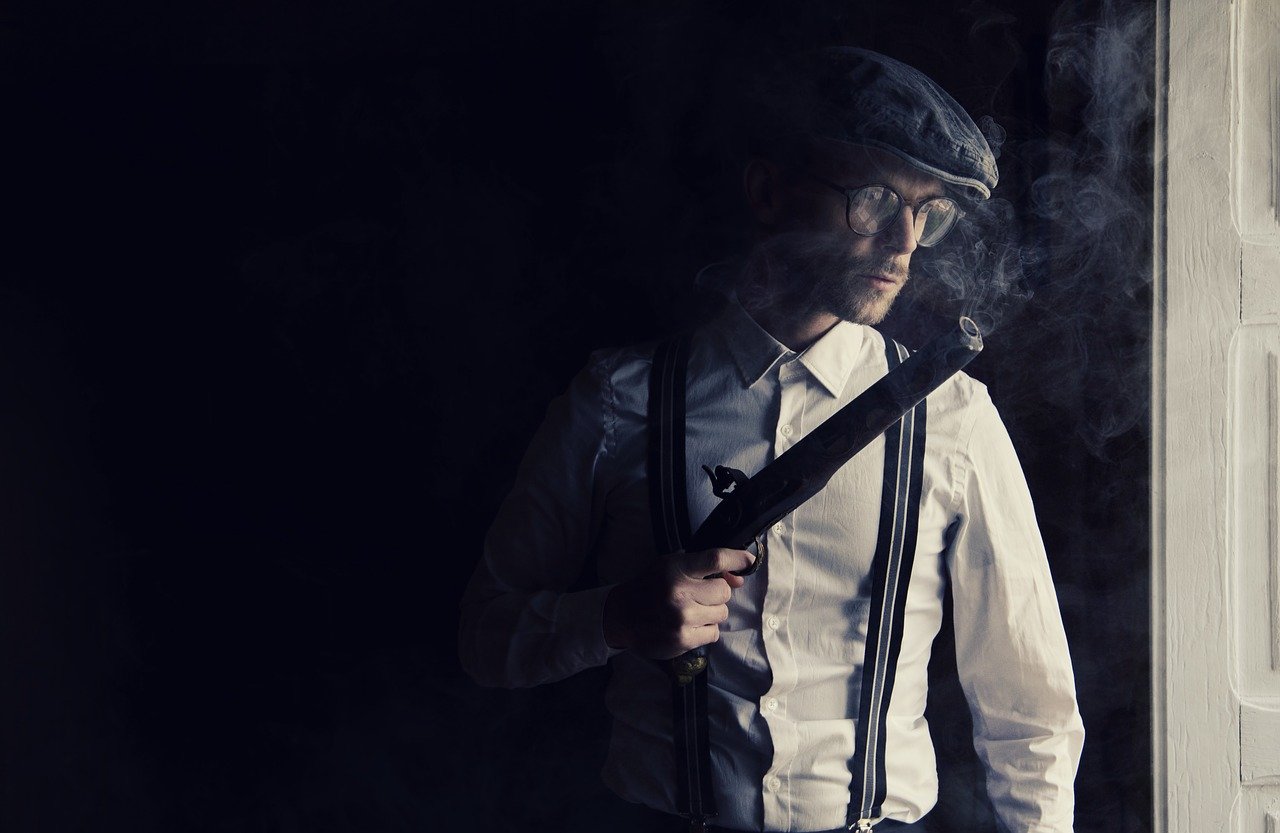 Long story short, Ahmaud Arbery was in a neighborhood in Georgia. Apparently, he walked into an empty house under construction and looked around and then was shortly thereafter seen running down the street. Was he jogging? Was he running for some other reason? We don’t know for sure, but some local geniuses, one of whom was an ex-cop, were alerted to his presence and thought he could be the guy who had stolen something in the area previously. So, they grabbed their guns, got into a couple of pick-up trucks, chased the guy down and cornered him. Some people have tried to deny that they cornered him, but when you’re on foot and armed men are in front and behind you in cars, then move to block your path, that fits the bill. After a man with a shotgun moved into Arbery’s path, there was a struggle for the weapon, and Arbery was shot to death. Then there seems to have been some local corruption that kept the killers from being arrested before trial, but that appears to have been sorted out.

Now, I have seen a few hot takes on Twitter that try to justify this killing in a variety of ways. They’ve called it a “citizen’s arrest,” have said it was justified if Arbery was the one stealing, have said it was justified by Arbery trespassing on a construction site and even claimed that the men that chased him down, cornered him and later shot him to death were acting in self-defense.

Quite frankly, these are all ludicrous ways of looking at it. Just imagine living in a world where any group of yahoos who thinks you MIGHT HAVE committed any crime feels empowered to chase you down the street with guns and then shoot you to death without having to face legal consequences because they were “just defending themselves” if you try to fight back. That’s the bizarro world the people defending this apparently want to live in.

Despite how ridiculous that is, I do get why some people might think that way. They’ve grown up watching cheap and easy gun violence on TV and in the movies. On TV, you take a bullet in the arm, you just wrap it up and go on. It barely even slows you down. Cops blow people away and you never hear from their crying families. There’s no questioning of whether they made the right call. There are no innocent bystanders hit as they spray bullets everywhere. Their friends even get shot to death and 5 minutes later, they seem just fine. Usually, there are no meaningful consequences of any kind. Life just goes on as it did before. That’s not how it works in the real world.

A few years back, I flew to Nevada so I could train at Front Sight, which is one of the best firearms training institutes in the United States. Cops train there (one was my partner for part of the time I was there). FBI agents train there. They teach people to handle everything from an Uzi to tactical scenarios to defensive driving.

The instructors were RIDICULOUSLY good and as an added bonus, at night we were lectured about WHEN we should use a gun. You might think that people that good with a gun were ready to use one at the drop of a hat. However, that’s not true at all.

In fact, the one thing they hammered into us over and over again is that every time you point a gun at another human being and pull the trigger, it has potentially life-changing consequences. That is EVEN IF YOU’RE RIGHT. Let’s talk about some scenarios they discussed with us.

For example, imagine you’re at an ATM machine. Someone wearing a hoody walks up behind you. You turn around, he says he has a knife in his pocket and will stab you unless you give him all your money. You pull out your gun. He keeps coming forward and you put 2 in his chest. Then, when the cops arrive, you tell them he had a knife, they check him and….there’s nothing. It turns out, he was just bluffing when he claimed he had a knife. Oh, and it also turns out that he’s 15. The next day, the local newspaper runs a story, “Local man shoots unarmed 15-year-old to death.” His parents are demanding you be charged. The police haven’t charged you… yet, but you think they just might and you have to hire a lawyer. It’s expensive, drags on for months and you feel like your reputation is damaged with a lot of people and there’s no way to fix it. Did you have the right to defend yourself? Absolutely. Were you right to shoot the kid in that situation? Yes. It STILL turns your life into a mess.

Imagine another scenario. Someone breaks into your house and confronts you in your living room. You feel like you’re in danger and can’t retreat, so you fire off a shot at him. You don’t hit him and he runs. Everything worked out okay, right? Not so much. Because unfortunately, your shot went through your window, into the neighbor’s window and hit their 5-year-old child between the eyes. Now, the kid is dead. You can almost write the headline in the local paper, can’t you? Then, there’s the civil suit from your neighbors, who used to BBQ with you, but now hate your guts like the rest of the neighborhood. Meanwhile, you can’t sleep at night because you killed a beautiful little child who used to play with your kid and wave at you on your way to work.

Incidentally, this is easier to do than you might think because in a high-pressure situation, your brain often doesn’t work normally. For example, one of the training exercises I went through at Front Sight was held in a house. The assumption was supposed to be that my family was inside, multiple armed men had stormed the building and that there was no time to wait for the police. I had to avoid getting shot, clear the house, kill the bad guys (these were targets holding guns that could be anywhere), and keep my family safe. I had never been in the house before and I went in using LIVE ammo with an instructor directly behind me with his finger through my belt loop. Afterward, when I looked at how I did, my instructor asked why I shot one particular bad guy target through the throat, which was right next to a helpless young hostage, instead of through his face, which was more clear of the innocent victim. Do you know what the answer was? In that highly stressful, you may have to turn the corner and fire at any given moment in any situation… I saw the bad guy and his gun, but I NEVER EVEN SAW HER. She wasn’t a threat, so my mind just blocked her out. If I’d been an inch to the right, I would have put a bullet through her head without even realizing she was there.

So, what’s the point? The point is that you need to be very certain of what you’re doing before you aim a gun at another human being. In fact, our instructors told us that if someone were robbing their living room and they were in the bedroom, they would lock the door and call the police rather than confront them because of the potential ramifications of having to kill someone. Granted, they also said if their wife and kids were on the other side of the house, whoever was robbing their house was going to die. They weren’t risking their family, but they also weren’t going to kill someone over “stuff.”

If you have no choice other than to protect yourself, your family, or other civilians (in, for example, a mass shooter situation), do what you have to do, but make sure that’s the situation you’re in. Don’t look for trouble, don’t shoot unless it’s a life or death situation and whatever you do, don’t be the moron chasing after some guy who MIGHT HAVE committed a minor crime with a gun so you can make a “citizen’s arrest.”