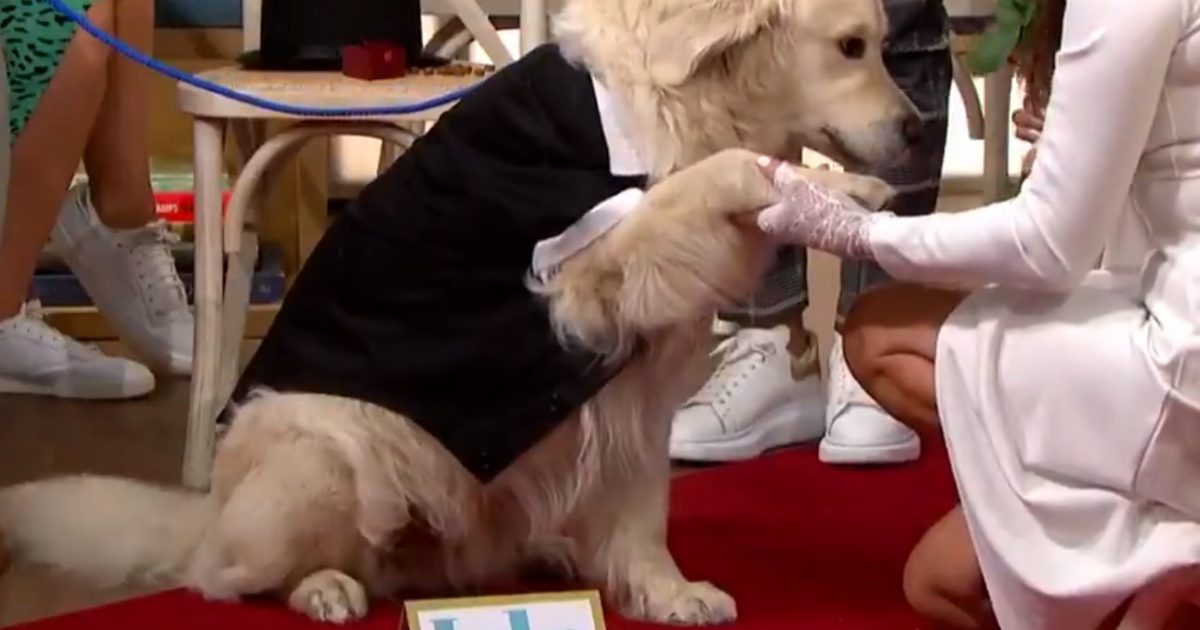 Maybe it’s just me, but if you are the type of woman who would marry her own dog, I can definitely see men passing on you.

Hoad, from Ascot, Berkshire, was a swimsuit model in the ’80s and had relationships with stars the likes of golfer Seve Ballesteros and Formula One driver James Hunt. But after a slew of unsuccessful dates over the years — some 221, she recalls — and giving birth to a son, now 25, Hoad decided the only man she could count on was her loyal Logan.

…“He had a traumatic first four years being locked and beaten in a utility cupboard,” she says. “He’s saved me and I’ve saved him. I was a broken woman when my last dog died.”

…“After that my friends who previously joked about marrying Logan, my dog, became more serious, and I thought, ‘Why not?’ “

I’ve read several articles and none of them note whether she is planning on consummating her relationship with Rin Tin Tin. That seems like a gross, yet very natural question for someone doing something this weird, doesn’t it?

But, let’s say she isn’t doing that (I really hope she isn’t, but who knows?) What does it say about her as a human being that she hangs around with women that think it’s a good idea to marry a dog, she also agreed and she did it on television? Is this a stable woman? Is this a woman that makes good decisions? Is this a woman who is good at thinking long-term?

…..Because it’s not hard to figure out where this is going. Her Golden Retriever is 6 years old and since those dogs live about 10-12 years, she’s going to be a widow in about 5 years. Right now, she looks great for her age. Will she in 5 years? That’s very iffy. So instead of being the former model who dated Seve Ballesteros, she’ll be forevermore known as the weird lady who married a dog.

Last but not least, why is she really single and unable to find a man? Can I speculate a little bit? Could it be that as a former model who used to date professional athletes, she believes she should still be able to get the same quality of man? Granted, she is attractive for her age, but she doesn’t stack up to attractive women 10-15 years younger. So, who is she trying to get? A wealthy, attractive, successful 50-year old man who is probably targeting 30-year-olds or a moderately attractive 60-year-old man, who would probably be excited to still be dating a fairly attractive former model? When men say they can’t find a woman, it usually means they can’t land a woman of comparable market value, but when women say they can’t find a man, it usually means they are drowning in opportunities to be with men that have similar market values but are only interested in men out of their league.