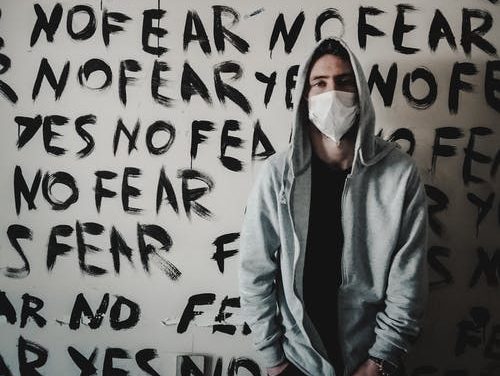 You are NOT safe. You weren’t safe when you were a child, you aren’t safe now and you’re NEVER going to be safe. You could die in the next 5 minutes of an undiagnosed heart defect. You could walk into your kitchen, trip over a bone your dog left on the floor, crack your head on a countertop, and die right there on the floor. Your house could catch on fire, a plane could crash into it, or a gang of hired killers could break in and torture you to death because they confused you with a drug dealer down the street who has a similar name.

Put simply, there is no such thing as a risk-free life because you are literally ALWAYS at risk. That’s why it’s extremely important to be able to assess that risk.

Human beings, myself included sometimes, often do a terrible job of this for five reasons:

#1) We have a tendency to overvalue short term pleasure and undervalue long-term pain: Why do people take meth? Why do alcoholics take a drink when they know they shouldn’t? Why did I eat a slice of cake on my birthday when I am overweight? Because in our minds, the desire for the immediate reward is huge and bright while the long-term consequences are small and dim.

#2) Novel threats catch our attention: Mentally, we treat threats as just a part of life. You know the car or airplane you’re in could crash, you could get cancer or that your diabetes could kill you if you don’t take care of it. However, novel things like “Murder Hornets” or “school shootings” catch our attention. This is despite the fact that your chances of being killed by a Murder Hornet in the US are essentially zero and your kid is about as likely to die of being hit by lightning as a school shooting.

3) We don’t protect our downside: Sometimes our eyes get bigger than our stomach and we go for what looks like an opportunity without considering what we’ll do if it GOES WRONG. If someone you trusted came to you and said, “I have an investment opportunity for you. Literally every single person that has put money into it in the last decade has DOUBLED their money in a year. The only catch is that you have to put in at least $10,000.” If you have the money, do you do it? Well that depends on whether you can afford to lose the $10,000. If the answer is “no,” then you don’t risk your money. Why? Because you can’t afford to lose it and in life, there are no “sure things.” Don’t put anything on the line that you can’t afford to lose.

4) We try to take no risks at all: There is no such thing as a “risk-free life.” All of us are going to fail sometimes, all of us are going to fall on our faces and all of us are going to die. Believe it or not, a lot of the most successful people are the ones that actually fail much more than the average person. They take more risks and many of them don’t work out, but the ones that do pay off big time. If you ask out that pretty girl, start your own business or even lift heavy weights, it’s entirely possible that it may go wrong. She may laugh at you, your business may fail and you may hurt yourself lifting. However, if you don’t take those kinds of risks, what kind of life are you going to lead? If you can’t tolerate risk, you’re going to turn into a sad shell of a human being.

#5) We do a poor job of considering trade-offs: One of the best quotes of all-time is Thomas Sowell’s, “There are no solutions. There are only trade-offs.” All too often, we forget about these trade-offs. For example, let’s say you’re talking about a 90-year-old man who can still get around on his own but isn’t in the best of health. It’s extremely dangerous for someone his age to get the Coronavirus, so he should stay in, right? That’s debatable because there is also a cost for him to stay in. He may miss his doctor’s visits and trips to his physical therapist. Without going to the gym, he may become less flexible and lose some of his already sparse muscle mass. If he’s eating less healthy food because he can’t get out and exercising less, he may gain weight, which could put more stress on his heart. If he isn’t allowed to go see his granddaughter or see his friends, it could be bad for his mental health. On top of all that, once you’re at that age, every day is a gift. If he has, let’s say two years left to live, does he want to potentially spend six months to a year of that time quarantined in his house? The point is that there is a cost whether you are quarantined for the Coronavirus or not and even for the most at-risk people, it may be worth it to go out anyway.