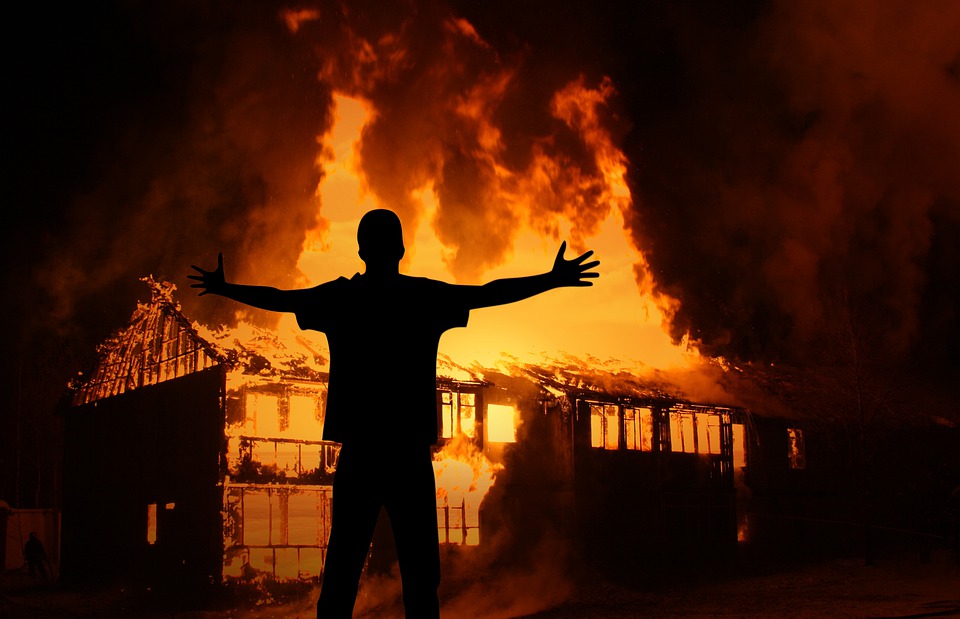 There is a time and a place to be an asshole. That time is not “always” unless you’re as rich, famous, and talented as the late Steve Jobs, who managed to make it work somehow. It’s also not “never,” because there are people in the world that are going to push you to your limits and if you don’t set them straight, you’re going to have a really bad time. It is worth noting that there is a purpose to being an asshole and if it’s not serving that purpose, it’s the wrong time to do it. You don’t behave like an asshole because you feel bad, because you woke up on the wrong side of the bed this morning or because your boss yelled at you earlier today and you are looking for someone to take it out on. Being an asshole to someone is a little like hanging them. Do it if you have to do it, but you better make sure that they deserve it.

My dog Jackson is one of the best-natured dogs I’ve ever seen and he loves other dogs. Another dog can play rough, growl, or even snap at him and he’s completely unphased and still willing to be their pal. However, on a few occasions when bigger dogs have gotten way too wild while playing and once when a little dog went beyond snapping to trying to attack, he upped his game. With the bigger dogs, he growled and warned them off. Sort of a like a more mature dog telling a younger dog, “Son, you better calm down or there’s going to be a problem.” With the small dog, he literally just forced him to the ground with his paw-like, “You want to try that with me? Seriously?” My very sweet-natured dog knows when to be an asshole.

The principle is the same with people. It’s like that classic line from Roadhouse, “I want you to be nice until it’s time to not be nice.”

Be polite. Be helpful. Say “yes sir” and “no mam.” Don’t be quick to anger or treat minor slights like major deals. Like the Bible says, “A gentle answer turns away wrath, but a harsh word stirs up anger.” All that applies until someone deliberately steps over a line. Note that I said, “deliberately.” If someone accidentally crosses the line, then you can politely, but firmly handle the situation. That’s healthy, it establishes boundaries and if it’s handled the right way, people will often RESPECT YOU MORE for standing up for yourself without being an asshole.

Unfortunately, there are people who are bullies, who mistake manners for weakness or who are simply happy to be abusive to get their way. You don’t have to take their sh*t. No one gets to touch you, threaten you, or disrespect your women or your child in your presence for free. When people behave that way, you unleash your inner asshole to show them the error of their ways.

For example, once I was taking my dog on a long walk through my neighborhood and I realized a car was following me. He passed me multiple times, clearly kept circling around to me, and was even driving slowly behind me. It was an old man with a woman in the car and I had no idea what his agenda happened to be. As he slowly rolled past me, I walked up to about 5 feet from his car, so I’d at least have a chance to dive out of range if he pulled out a gun and I told him, “Stop following me and get the f*ck away from me.” He apparently thought, for reasons I assume have to do with senility, that a guy walking his dog through his neighborhood looked suspicious. He also told me I had a foul mouth. I responded with a “F*ck you. If you keep following me, I am going to pick up a rock on the side of the road and smash your windshield.” Guess what? He stopped following me and I never heard from the creepy old, bastard again. Was I being an asshole? Absolutely. Was that the right thing to do? Absolutely, because it’s not okay for someone to follow me down the street and I certainly didn’t want paranoid Joe Biden following me to my house.

Think of being an asshole as another mental gear you can shift into on the rare occasions where it’s merited. Like, let’s say a business is screwing you over. It’s usually a waste of time to be an asshole to a clerk and counter-productive to be an asshole with the guy that owns the company because he may get his back-up and there’s no one above him. However, middle managers? They’re often in that position in large part because they’re used to making assholes like you happy. You let them see that you’re unhappy and MOST OF THE TIME, they will fix what’s wrong.

On the other hand, let me note that although it’s much easier to be an asshole on social media to someone because you don’t see them face-to-face, it can ultimately be harmful not just to the real human you’re venting your spleen at, but to you. You act like an asshole online every day and guess what? It’s going to change the way you think, you behave and it’s going to bleed into how you behave in the real world. Chase that clout if you like, but you may not like the person it turns you into. Along similar lines, let me tell you that the whole idea that women love assholes is a myth. I could write a whole column on this (Actually, I have), but here’s the cliff notes version.

“You see, a lot of women do like men who take charge, who are confident, who set their own path and don’t just follow the crowd… men who are leaders; men who stand out; men who are assertive, dominant, and exciting; men who other men want to be and other women want to have. You don’t have to be a jerk to check those boxes, but if you are a jerk who does check a lot of them, then you may be in business… If you’re a servile ‘nice guy’ kissing a woman’s behind because you’ve put her up on this pedestal where her worth is far above yours and you see her with another guy who looks at her as an equal, or worse yet, as a little BELOW him in status, it can seem like that guy is being an ass.”

So don’t try to be an asshole because women supposedly love it because it’s just not true.

President Trump Speaks About His Future Plans During Lunch At One of His Golf Clubs
January 22nd, 2021 Flag And Cross

ISIS Welcomes Biden To Presidency With A Double Suicide Bombing In Baghdad
January 22nd, 2021 The Lid