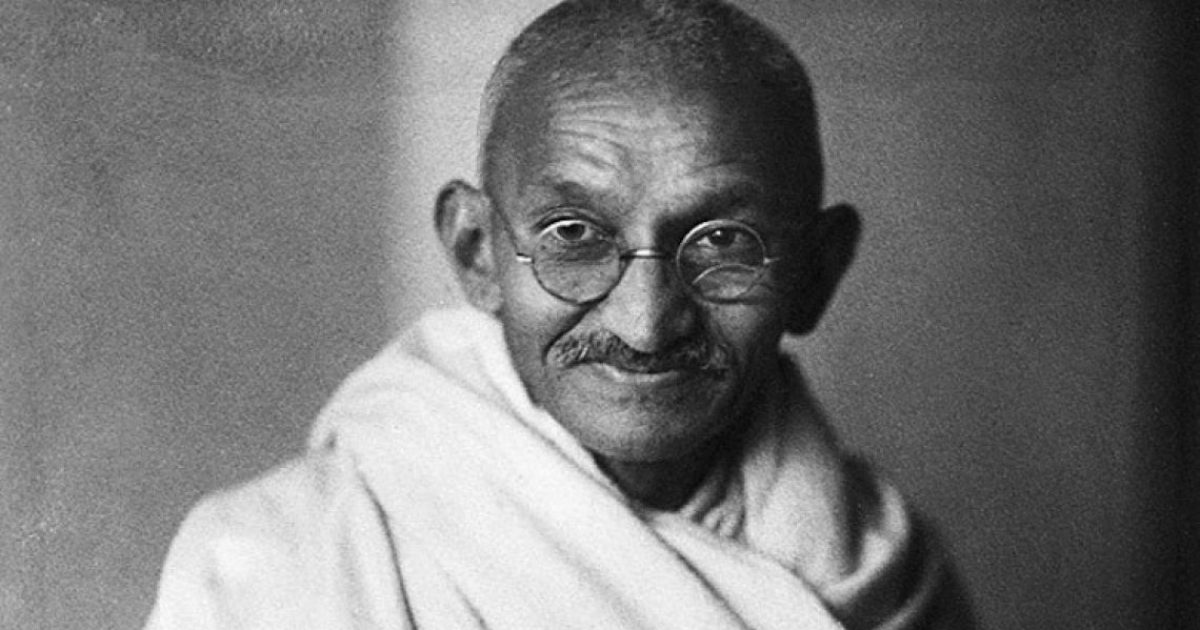 This post comes from a men’s group that I’m in and rather than potentially embarrass the guy asking the question, I blurred his name out. 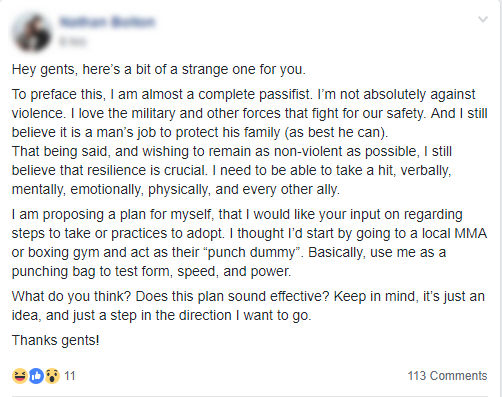 What I said to him, slightly edited, is….

Respectfully, you have two contradictory ideals and you’re trying to come up with some way to square the circle.

You believe in the idea that a man should be strong, tough and protect his family, but you’re also a pacifist who is against using violence.

Pacifism can potentially work as self-defense, but ironically, only against decent people with consciences. That’s why Gandi chose it to use against the British, but even he admitted he would have used violence if it worked better.

“I have been repeating over and over again that he who cannot protect himself or his nearest and dearest or their honour by non-violently facing death may and ought to do so by violently dealing with the oppressor. He who can do neither of the two is a burden. He has no business to be the head of a family. He must either hide himself, or must rest content to live for ever in helplessness and be prepared to crawl like a worm at the bidding of a bully.” — Gandi

You will never make yourself strong enough to deal with bad men intent on violence if you aren’t willing AND capable of using violence yourself.

What is the solution to that? Well, something has to give. You’re going to have to choose between being a man capable of dealing with violence and protecting your family from it or you’re going to be a pacifist. Only you can make that decision.

PS: As someone who wrote this after Muay Thai practice, I can tell you that no reputable teacher is going to let you just get beat up. Why not go in there, build your skills and then if you get put in a violent situation, you will have the option to defend yourself or stick to your pacifism?