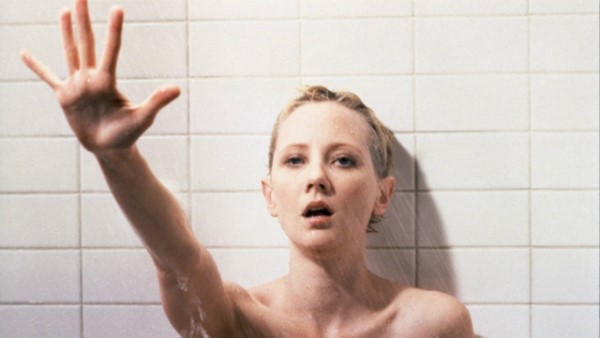 These days it seems originality in Hollywood has gone the way of the dinosaur, seeing as how a huge percentage of the material being churned out is a remake or reboot.

While there are some film properties that definitely can stand to be redone and reintroduced to a new generation of moviegoers, the truth is, the vast majority of reboots are big, steaming piles of something that falls from a bovine rear end.​​

Here's a list of seven of Hollywood's biggest and smelliest remake disasters, films so terrible they might actually make you throw up in your mouth a little.​​

Alfred Hitchcock more or less reinvented the horror genre with his masterpiece "Psycho," the twisted tale of a man who simply loved his mommy dearest so much he actually became​​ her and murdered naked chicks in the shower.​​

Director Gus Van Zant decided to try bringing this film back to the silver screen in a remake designed to introduce the infamous Norman Bates to a whole new generation of viewers. Unfortunately, he failed miserably, creating what's considered to be the worst film remake of all-time.

When skilled directors make a successful remake, they take core elements of the original story and add their own flare, twists, and touches to it to make it fresh. Van Zant took a​​ different route, more or less making a shot-for-shot remake of the original "Psycho" right down to the camera angles.​​

Legendary film critic Roger Ebert summed it up best when he stated, "The movie is an invaluable experiment in the theory of cinema, because it demonstrates that a shot-by-shot remake is pointless."

Any fan of the monster film genre knows that the original 1954​​ Godzilla​​ is a classic that not only introduced one of the most iconic figures in pop culture, but was also a​​ commentary on the times, as it explored the danger and hysteria surrounding the threat posed by hydrogen bomb testing.

This is one of many reasons the remake from the 1990s -- a complete turd of a film -- devoid of any sort of social commentary reflecting​​ the times, seems so disconnected from the meaning of the original and from the franchise in general.​​

The movie was directed by disaster film virtuoso Roland Emmerich -- one of the main dudes behind the awesome 90s goodness known as​​ Independence Day​​ -- who succeeded in creating a dud that contained amazing effects for the time, but a script weaker than a house of cards.​​

Godzilla​​ made close to $380 million worldwide, but was shredded like a block of mozzarella in a most ruthless and brutal fashion by critics and fans alike. Folks hated the acting, directing, and the monster's t-rex style redesign with the intensity of a thousand suns, leading the film to be nominated for several Razzie awards.​​

After the severe backlash, TriStar, the studio responsible for this monstrosity -- see what I did there? -- scrapped plans it had for a full trilogy.

Godzilla,​​ the 1998 version, is currently sitting at a pretty awful 16 percent on Rotten Tomatoes.

The original 1981​​ Clash of the Titans​​ was famous for it's stop-motion effects, which at the time were kind of cool, but man, when you watch it today, it's excruciatingly cringeworthy.​​

This was apparent to some clueless studio suits in Hollywood who thought, "Hey, you know, stop-animation sucks, but 3D is all the rage these days, so let's do a Clash reboot and milk it for all it's worth." Which is precisely what they​​ did, with totally disastrous results.​​

Now, the film's biggest issue was the 3D, as the aforementioned geniuses at the studio responsible for this bad boy didn't get the bright idea to give it some extra dimensions until after it was shot, making all of​​ the 3D post-conversion. It was pretty awful.

Aside from the horribly done 3D -- which really helped to sour the craze with audiences and critics alike -- the story just wasn't any fun and the acting was subpar.​​

Somehow, this junk managed to get a score​​ of 28 percent on Rotten Tomatoes, though it probably deserves much less.​​