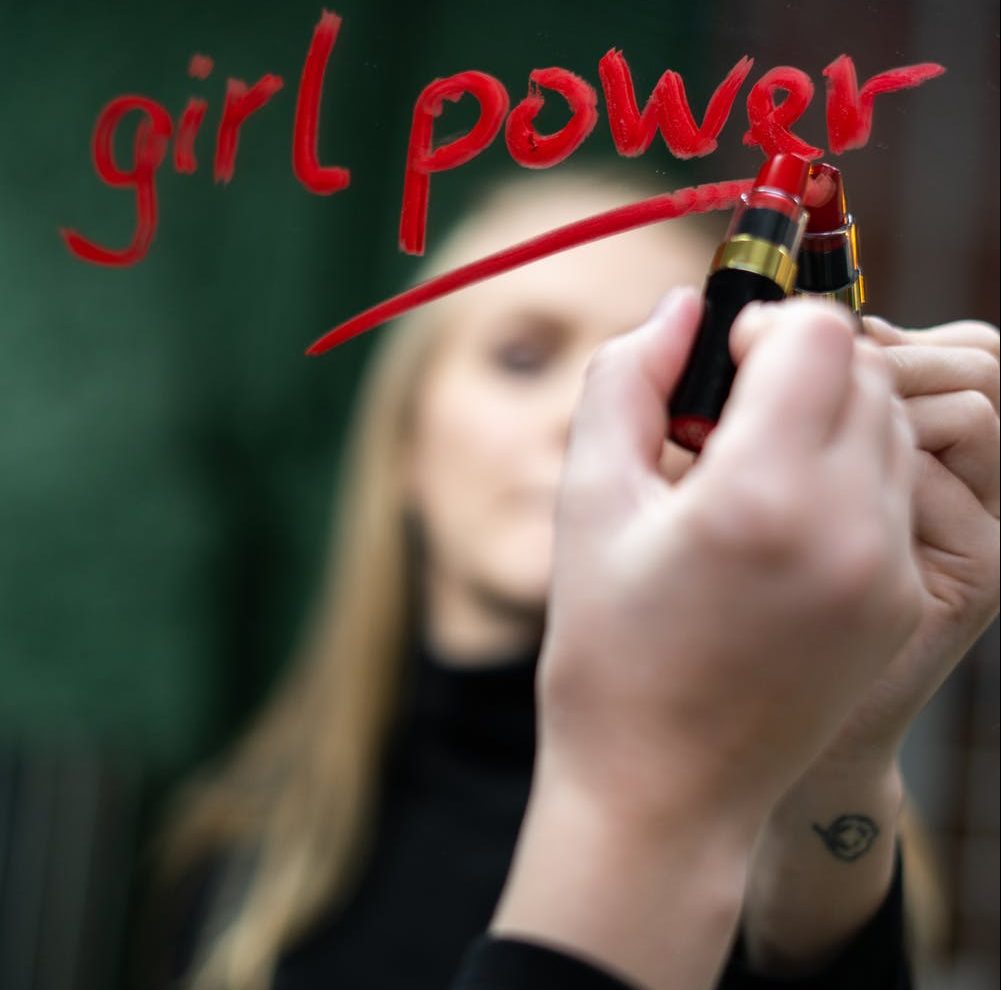 It’s hard to take feminism seriously sometimes. Some of its members have a tendency to stray from the fight for equality to the land of the strange. From the bizarre to the downright unsavory, here is a quick compilation of things feminists need to quit doing.

For the love of all that is cute and fuzzy I never thought I’d have to say this to another human being but don’t use the results of your yeast infection to make food. Despite the fact that I don’t believe that this is a very common occurrence, the fact that it has been done before is enough for anyone to say “knock it off.” Feminist blogger Zoe Stavri woke up with a bad yeast infection one morning and decided that instead of running down to the drug store to pick up something to treat it, she decided to use it to make sourdough bread. I’m begging you, please stop doing this. Just because you CAN doesn’t mean you SHOULD.

Women have periods. You learn about this in 5th grade when some of your peers start going through early changes and the teachers decide it’s about time you learned how things worked. Since then, every month you head to the store and stock up on tampons and chocolate without fail, until you reach the age where menopause hits you like a ton of bricks. It’s nothing to be ashamed of, it’s part of a normally-functioning female body. That being said, there is absolutely no excuse to play with your menstrual blood, or try to claim that it’s an artistic medium. Just because it comes out of your body naturally doesn’t mean everyone else wants to see it, and I maintain that this is true of all bodily functions. Aside from being unsanitary and disgusting, it doesn’t make women feel “empowered” to see period blood on a piece of canvas. It makes us cringe and feel embarrassed for the poor soul who thought that was a good idea.

Slutwalks are supposed to inspire women to be comfortable with their bodies, destigmatize the female form and challenge men to stop sexualizing naked women. That being said, it makes everyone uncomfortable. Men, women, children, none of us really want to see you walking around with your goodies all out in the street. I get what you’re trying to do, but this doesn’t really do anything for your cause, at least as far as I can tell. It’s just a source of mockery and it’s embarrassing. Please stop this.

This shouldn’t need to be said… not everything is sexist, but the people who are just victims in search of an oppressor can’t be convinced of that. They can’t even be bothered to do their own research. Case in point: “MakeApp” which is an app that can remove the makeup from a woman’s face in a photo to reveal what she looks like underneath. Initially, you would probably think some incel from Reddit invented this to prove that all women are liars, right? Well the man who made it actually says that it is merely a test product, and is actually being used to help identify women and children who are being illegally trafficked. You see, their captors use makeup to disguise the age and appearance of the women, which makes them harder to identify. This app can help remove the makeup on the women in these photos to see if the woman underneath is someone’s wife, daughter, niece, aunt, etc. But of course, feminists immediately jumped on this as some sort of shallow example of “toxic masculinity” without bothering to ask why someone would create such an app. Ridiculous.

I’m totally on board with loving yourself, but it shouldn’t come at the expense of your health. We’ve gotten to a point in our society where if you make a comment about a person’s weight, you are “body-shaming” or “fat-shaming” when the reality is you might just be concerned that a person is over or under-weight. On top of this, it creates an environment where a person might not be inclined to better themselves, get fit, lose/gain weight or else they’re at risk of not being “body positive.” Weight loss stories are considered hurtful to people who can’t or won’t lose weight and the people who post them are trying to shame others who don’t want to or can’t fit into the “ideal body.” (The ideal body is unique to everyone, btw.) It’s great to love the skin you’re in, but don’t demand that everyone else do it too.

Video games are largely played by men, who view them in the same way that one might view a beer, a football game, a cigarette, or a late-night phone call to your mother: They relieve stress. They are a fun thing to do to pass the time. It’s like watching a movie or TV show that you get to control. In recent years, however, feminists seem to have tried to shame men who play video games and attempted to take this virtual refuge away. This could be because male-dominated areas are antithetical to the feminist ideology, it could be because seeing animated women with large breasts and a small waist made them feel inferior, it could also be because they feel the need to force their opinions into everything because God help us if we leave out the women. This isn’t to say that there aren’t a lot of female gamers, I’m saying that an environment that is dominated by men is, of course, going to pander to men. You’re going to see half-naked girls. You’re going to see large, muscular alpha male characters, and fights with mythical creatures like dragons and giants. At the end of the day, we all need to recognize that none of these things are REAL and forcing men and boys to “rethink” how they interact with fictional characters in a make-believe world is just going to alienate them from your cause.

There are many issues that affect women. In fact, I would say most issues do. That being said, not everything is an issue that feminists need to jump on. For instance, Professor Anne DeLessio published an article explaining why eating meat is anti-feminist. She claims that “hegemonic masculinity implies an imperative to eat meat” and that vegetarianism calls the gender binary into question. She also suspects that women turn to veganism and vegetarianism as a way to resist a “meat-centric” culture and “destabilize” gender roles, specifically in Argentina where her little “study” was conducted. Who knew that eating meat could tell you so much about a person? If you’re a feminist, please don’t do this kind of thing. Not everything is an issue for you to address. Let people eat steak and chicken and go on about their lives unburdened by your desire to get your fingers into every little thing.