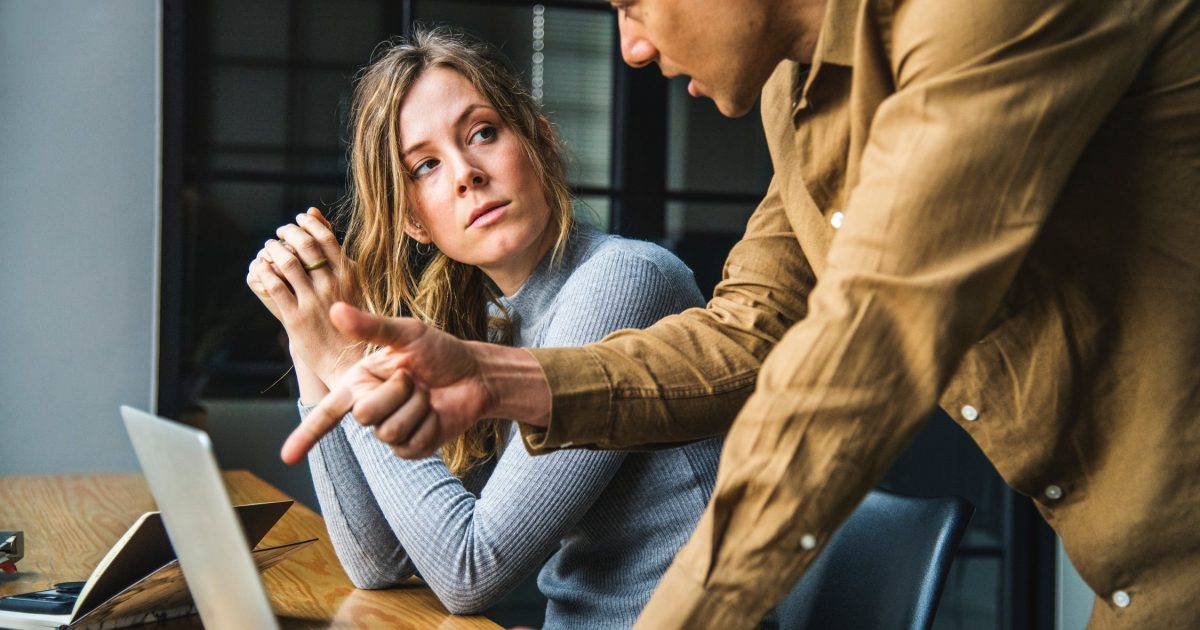 Women are complicated because they have: A) a layer of logic, B) laid across that a mood, and C) on top of that an ever-fluctuating stream of emotion. If men are like checkers, then women are like chess — except the pieces are all kittens hopped up on catnip with broken glass taped to their paws.

I’m puzzled listening to my female friends tell me they don’t understand men. This is like a rocket scientist telling you she can’t figure out how a flush toilet works. Men are fairly simple; so how can we be so confusing to such comparatively complex creatures? How can women not already know these things?

1) Sleep with him too soon.

Setting aside moral concerns for the moment, let’s talk about when a woman should have sex with a man she views as long-term relationship material. There’s actually no wrong answer per se. If the guy is really clicking well enough with you, he’s probably going to stick around regardless of whether it happens on the first date or your wedding day.

However, women should understand that after just 3-4 dates, they probably don’t really have much of an idea of what’s going on in a guy’s head. He may be a player who’s saying what you want to hear in hopes of getting laid. Alternately, he may be perfectly sincere, but he’s just a lot more on the fence than you realize because he’s weighing that he thinks you’re really hot and sweet against that when you yelled at him last week, it reminded him of his ex — and he’s bored to death with you monotonously reciting to him what you did today. Of course, he’s probably not going to come out and just say that and after just a few dates, you won’t know him well enough to tell something’s wrong.

So, if he flees the relationship like you just contracted Ebola after you sleep with him and that’s going to upset you, well then, you should probably wait a little longer to make sure he intends to hang around. It’s also worth keeping in mind that to you, going out with a man three times, sleeping with him, and never hearing from him again may be a disaster, but to him it’s probably going to be viewed as a win. Not saying anyone’s right or anyone’s wrong with that, just noting a big mentality difference.

Men and women have very different gender-related soft spots and if you’re going to hit one of them, it’s wise to be VERY careful. Now with men, if you study cultures around the world, contrary to what you hear about gender being a “social construct,” you’ll find that “masculinity” revolves around the same basic traits everywhere. Yes, they may express themselves a little differently here and there, but the themes are universal:

A) Being productive or having a lot of resources

B) Being capable of fighting

C) Being courageous and tough

D) Being able to attract women

Whether you’re talking about Americans, Afghan tribesmen, Aborigines, or the Chinese, males measure themselves as men against these basic standards.

So, if a woman rips on a guy for not having money, being a wimp, being a coward, not being able to get women or please her in bed, or if she suggests he’s a nobody — expect it to be a BIG HAIRY DEAL. It’s the equivalent of telling a woman that she’s a hideously ugly whore who’s a terrible mother to her children. If you do have to bring up this stuff, you need to handle it with the sensitivity of a surgeon removing a blockage from his wife’s heart.

Listen, I don’t know what they told you in women’s studies classes in college, but most men don’t view themselves as part of a patriarchy, they don’t want to oppress women, and they are more likely to think the world is slanted AGAINST THEM. If you think a woman needs a man like a fish needs a bicycle, then the non-masochistic members of a male population are going to need you the way a bird needs scuba gear. Besides, it’s not like men are as tough on females as women are on each other. Have you ever heard women go after other women? Scratch, scratch, ROWR!

Moreover, do you know what a man thinks when he hears a woman make jokes like this?

How many men does it take to screw in a light bulb? ONE. … He just holds it up there and waits for the world to revolve around him.

Bitter, man-hating women aren’t any more attractive to the opposite sex than angry misogynistic men are to women.

So, ramped-up drama can take a much harder toll on men than women. For example, men have it drilled into them from the time they’re young that they’re supposed to protect women. So, if a man says something that makes a woman cry, it may be no big deal for her. Depending on their mental state, there are a lot of women who can break into tears if a waiter brings them the wrong kind of salad dressing. But to a man, a woman crying over something he did means that he FAILED as a man to protect her and worse yet, he did the opposite and inflicted pain on someone he cares about.

This is why men tend to have such a strong reaction to tears. It’s also why men tend to do something else that women really hate: just disappearing instead of ending a relationship properly. The very last thing any man wants is to get into an emotional discussion where the woman is crying and he gets emotional, too, in her presence, which he views as a sign of weakness.

Women, who are much more comfortable with emotion, have a tendency to create or even enjoy relationship drama. Men get burnt out on that.

5) Trying to change him.

This is a funny one because the entire romance industry relies on this concept. The woman meets the pirate, rakish lord, cruel businessman, dangerous stranger, etc., etc., wins him over with her charms, and next thing you know, he’s blathering on about his emotions, wearing a cardigan, and looking forward to driving their future brood of kids to soccer practice in a minivan.

The thing is, most men are the way they are for a reason. It’s going to be tough to change them. Even if it doesn’t SEEM tough and they do make a lot of changes, don’t be surprised if the man eventually feels emasculated and backslides, or worse yet, you’re no longer as attracted to him. In my experience, no matter how strong they may be, women eventually get bored playing mama to a man who lets her boss him around all the time. So, instead of looking for a man you want to change into the ideal mate, find a man you can live with as is, be open to things getting even better, and make the best of it.

6) Give up hope that good men exist.

There are lots of good men out there and if you don’t seem to run across any of them then you’re probably doing something wrong. Maybe you’re just looking in the wrong place — like your living room. On the other hand, the local bar probably isn’t the best place to run into a guy looking for a long-term relationship either unless you consider “waiting until morning to get dressed” long term.

Then there’s always the possibility that you want a “good guy,” but in practice you ignore men like that and chase good looking, arrogant jerks with high-paying jobs. You’d be surprised at how many genuinely decent guys complain that women blow them off to chase men who treat them like rental cars.

There is also an unhappier possibility. If you can’t find a “good guy,” maybe you’re making the same mistake that men do when they want a woman who “likes me for ME!” Translation: He wants a supermodel who likes him despite the fact he’s boring and unattractive. If all else fails, it’s always worth asking if the man of your dreams came along tomorrow and wanted to date, would you be the kind of woman he’d want to date?

Women tend to focus on details more than men and pick up a lot of subtle cues that we miss. Things that are SCREAMINGLY OBVIOUS for a woman may blow past a man like a frisbee in a hurricane. The man you’re talking to probably doesn’t know what color your eyes or fingernails are, whether your belt matches your shoes, or that some other woman in the room is wearing the same outfit as you. Also, although men do think about relationships and the women they’re dating, they don’t spend as much time doing it as women. So, they’re probably not wondering if the slight pause after your ex-boyfriend’s name means you still like him or whether their general disinterest in your story about the lady in accounting who doesn’t like your purse will give you the wrong signals about the relationship.

Put another way, there’s nothing wrong with analyzing a relationship or making a few leaps based on some limited data. Some people are extraordinarily good at it. However, even those who have an uncanny level of intuition get a lot wrong. This applies not only in relationships, but for meeting people. Men have a well-earned reputation for superficiality when it comes to looks, but women tend to be every bit as superficial about other things. You’ll probably never see a man write off a woman as not even worth having a conversation with because she had scuffed shoes or because she doesn’t have a lot of money. A little more judging men on their actions and taking them at their word, as opposed to guesswork, could serve a lot of women well.