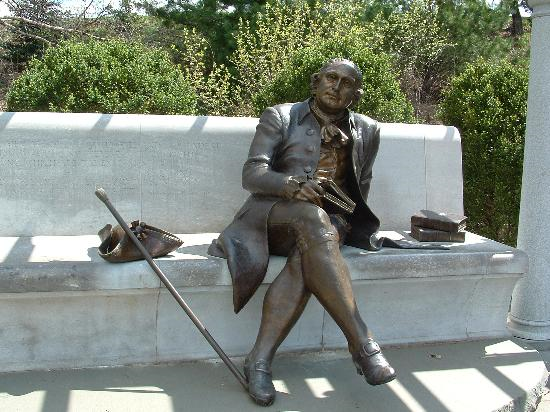 If you ask most people if they’ve heard of Alexander​​ the​​ Great, they will tell you ‘yes’. But if you ask them why was he great, you will get varying answers. Before 32​​ yrs.-old Alexander’s​​ military genius was so great that he commanded the world’s most powerful military and at one point conquered most of the ancient world.​​ And yet after being the most powerful man in his lifetime, little is​​ known​​ by the general population.​​ His most famous quote was, “I am not afraid of an army of lions led by a sheep; I am afraid of an army of sheep led by a lion”.​​

Ironically, a man of the​​ humblest​​ beginnings talked about being a shepherd of sheep and leading them in another way. This man was virtually unknown during his life and he also died by 32​​ yrs.-of-age just like Alexander. But the work of his life became more known than, well anyone. Jesus of Galilea did not lead an army to free his people from the rule of the Roman’s and yet his few years on earth changed the entire world. Love him or hate him Jesus Christ, the humble carpenter, had a greater impact on the world than the most powerful man of his own time Alexander the Great.

This led me to think of how many people have had impact on the world and how many have grown to become obsolete like Alexander the Great and his influence on strategy and military.

Kia Silverbrook​​ is an inventor​​ and serial entrepreneur. He is the most prolific inventor in​​ the world, and has been granted over 10,000 patents. He has certainly changed my world…​​ A lot of his inventions are built around photography and printing-related industries.​​ Silverbrook has founded companies and developed products in a wide range of disciplines, including computer graphics, video and audio production, scientific computing, factory automation, digital printing, liquid crystal displays (LCDs), molecular electronics, internet software, content management, genetic analysis, MEMS devices, security inks, photovoltaic solar cells, and interactive paper.​​ Apart from technology, Silverbrook also has numerous patents in the areas of mechanics, optics, software, and even medical diagnostic devices. Trust me… he’s important to your daily life, especially with your cellphone.

Operating on the heart was completely out of the question until​​ Vivien Theodore Thomas​​ came around. He was a​​ surgical technician who developed the procedures used to treat​​ something called​​ blue baby syndrome in the 1940s. The first heart surgery procedure in the United States. 2004 released my favorite movie called ‘Something​​ the​​ Lord Made’. It’s about the struggle of Thomas in​​ a​​ pre-civil rights era and how he overcame more than you or I could imagine​​ making​​ one of the greatest discoveries of all time.

Julian was​​ a black​​ research chemist and​​ pioneer in the chemical synthesis of medicinal drugs from plants.​​ His discoveries led to lifesaving cures to so many things. He​​ discovered how to extract sterols from soybean oil and synthesize the hormones progesterone and testosterone. He was also lauded​​ for his synthesis of cortisone which is used for so many treatments that​​ me​​ and my family have used. Unfortunately, his life was risqué for the time and his name remained unpublished because of his personal life.

Ahhhh what can you say about the man who​​ found and created Hitler?​​ Anton Drexler was a German far-right political leader of the 1920s who was instrumental in the formation of the pan-German and anti-Semitic German Workers' Party, the antecedent of the Nazi Party. He wasn’t a very good speaker so he asked his ‘apprentice’, Adolf Hitler, to join his committee as the spokesman for his ideas. Yeah thanks Anton for your disdain for personal freedom. You taught America how much more we DO love personal freedom over the collective. Drexler’s apprentice changed the world forever as he robbed citizens of their sense of security.​​ ​​

Strangely enough, one of the greatest creations of evil and good in the world was invented at a very religious school, Brigham Young University. This invention has impacted the culture of the world so much that I put it close to the top of the list.​​ Philo Taylor Farnsworth was an American inventor and​​ pioneer of the television.​​ He made many contributions that were crucial to the early development of all-electronic television.​​ He is the guy to blame if you feel like your kids suffer from TV mouth or have too much access to porn… just kidding you’re the parent, just turn the TV off and make them play outside. Thanks Farnsworth and BYU for putting Naked and Afraid and​​ SpongeBob​​ SquarePants​​ in our living rooms.

I just barely learned about Dona Marina but I feel like she is one of the most impactful​​ peoples​​ of the New World. And in turn, the ‘New World’ impacted the entire world as we know it. La Malinche was a key player​​ in the 16th century conquest of​​ Mexico by Spanish conquistador Hernan Cortes.​​ Her mother sold her into slavery and she became a gift to Cortes when he landed in Mexico. She became a master translator and helped Cortes avoid dangerous pitfalls with the Aztecs allowing the Spaniards to move around free and gain the power they needed to conquer the area. The information that Cortes brought back helped dozens of future explorers​​ to maneuver through the natives of the Americas. Things could have turned out much different without this smart lady on the side of the Roman Catholic church.

Often when people go to DC they make sure to visit the Washington and Lincoln memorials. If they are really interested in history​​ and have a car,​​ they will even venture over to the Thomas Jefferson memorial. But just around the corner from the Jefferson memorial is another memorial to​​ someone who​​ probably​​ is THE most​​ important​​ person​​ to American citizens freedom. Few people are even aware of their personal rights, they know that as an American they have them, but​​ one​​ would be hard pressed to get​​ most people​​ to tell you just what those rights are. About 5 years ago I had the great opportunity of visiting the Mason plantation and seeing the writing desk where the​​ Bill of Rights​​ were​​ written. You see most people think that Constitution was written and signed by some Founding Fathers​​ in 1776 along with the Declaration of Independence. Not so,​​ there was​​ a war in there and then a Convention of States to come together and build a government​​ that the government has never seen before.​​ George Washington and George Mason​​ some of those men who​​ were not only neighbors but were great friends,​​ that was until the toward the end of the Constitutional Convention in 1787. George Mason, the​​ delegate from Virginia, proposed adding a bill of rights, which would, he argued, give great quiet to the people” and “might be prepared in a few hours.”​​ At that point Mason drew a line in the sand as an anti-federalist for his federalist friend Washington. Bitter discussions ensued and the signing of the original Constitution happened on​​ September 17, 1787​​ without George Mason and a couple other Founding Fathers. Mason argued that the Constitution didn’t put enough limits on government to protect the people’s rights. Eventually, on​​ December 15, 1791​​ the 10 amendments known as the Bill of Rights were added and it has been noted by historians as one of the greatest fought for freedom, “Without their determined opposition, the first ten amendments would not have become a part of the Constitution for later generations to transform into a powerful instrument for the defense of American freedom. … Their example might well be their greatest gift to posterity.”