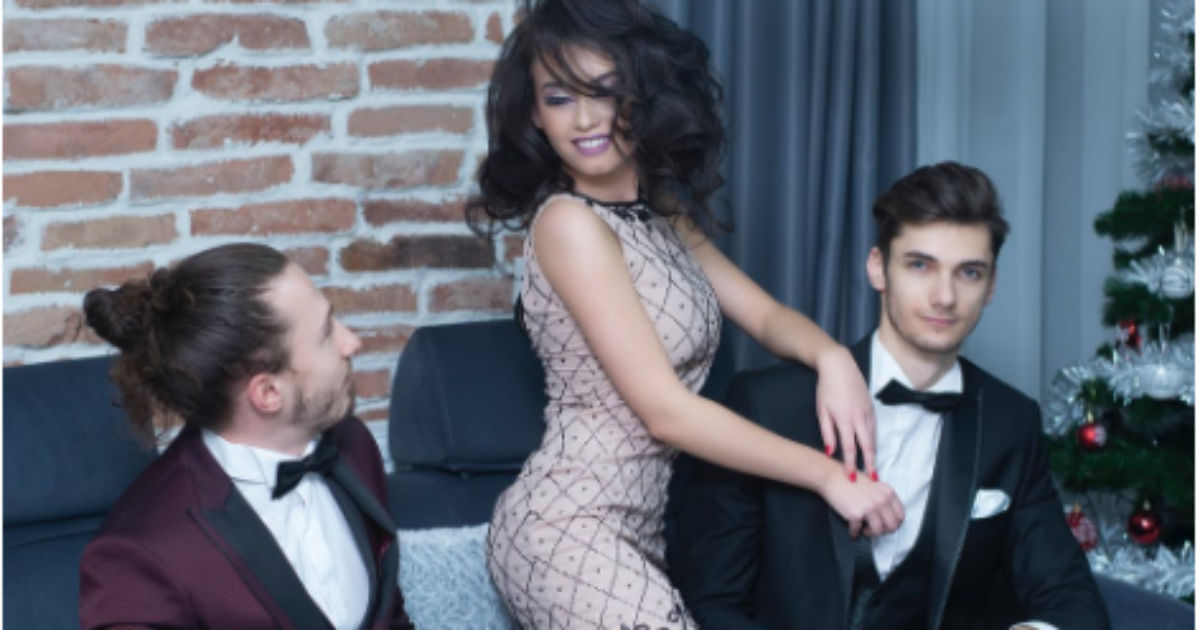 This story from Reddit is every man’s worst nightmare and there’s no indication it’s getting any better for this guy,

Background: I met my wife when we were in highschool and we married in college. We have 5 beautiful children together – really, I consider them a total blessing regardless of what I’m about to bring up – and up until a couple of weeks ago I thought that we had the perfect marriage. We were typical highschool sweet hearts, we go out together, we never fight, I feel like I’ve done everything a loving husband should do. I am saying this not to make myself out as the perfect husband, for example my work has always meant I work long hours and maybe haven’t always been there when she needed me, but I want to stress that I’ve never felt our marriage was in any trouble. And never in a million years would I ever have suspected my wife of being disloyal – she’s always done everything she could to support me and take care of our children.

Now, my eldest daughter recently had an ancestry test done. And the results of the ancestry test strongly suggested I was not her father. She confided this to me privately, showing me the results and I could tell she was visibly upset by this. Of course, the first thing I did was reassure her that no matter what, she’s my daughter and I’ll always love her unconditionally. But secondly, the two of us decided to get an official paternity test since the ancestry tests are not completely reliable. It comes back and I am indeed not her biological father.

…Following this I asked my other children, except my youngest, to come and see me. I wanted to know the extent of my wife’s infidelity – if it was a one off, I could maybe work past it, especially given how long ago it would be. However I didn’t want to tell my youngest as she is still in school, a teenager, and really I didn’t think it was appropriate to tell her yet.

We tell the other three what has happened, I reassure them that I love them unconditionally and that I’ll always be there dad, but that I need to know how long this has been going on. God, I can’t begin to explain how touching their reaction was. They didn’t care I wasn’t their biological father, they were just upset at how heart broken I was. I feel like the only thing that has kept me going these last couple of weeks is their unwavering support.

So we have paternity tests for each of the three done. Not only are none of them my biological children, together four of my children have three different fathers. Which somehow made it worse. It’s like, she wasn’t just having an ongoing affair, she was having multiple? I can’t explain how this make it worse, but it just does.

So I confront my wife with this, expecting her to confess and beg for forgiveness. She doesn’t confess. She doesn’t even take it seriously. She says the tests must be flawed. All four? How the hell am I supposed to take that seriously?

I keep bringing it up and she keeps brushing it off, getting progressively more annoyed at me. When I bring it up she will try and guilt trip me. “We’ve been together since highschool, do you seriously not trust me?” etc. But how am I supposed to trust her in the face of such overwhelming evidence?

He later said in the threads that his wife had a lot of alone time, but that they had been trying to get pregnant each time. So, when you consider that three of the four had different fathers, you really have to wonder what was going on. That’s because we’re not even talking about “an affair” here, we’re talking about a woman who must have practically been leading a double life. When her husband was around, she played the dutiful wifey and when he wasn’t, she was slipping out to meet a guy on the side for years at a time and having unprotected sex with them when they were trying to have babies.

What do you do once you’re in that situation beyond futilely trying to get her to answer and beginning the preparations for a divorce? You’re talking about your high school sweetheart. You thought things were going well. You have 5 kids together…and now? It’s over in a brutal, humiliating fashion and you have to go on from there. The only advice I could give from there is that a woman duplicitous enough to be banging guys behind his back for all those years might say or try anything in a divorce hearing. He better guard his assets, get his documentation in order and get his lawyer prepared for a woman planning to fleece him so she can keep on getting laid while he continues to pay her bills.