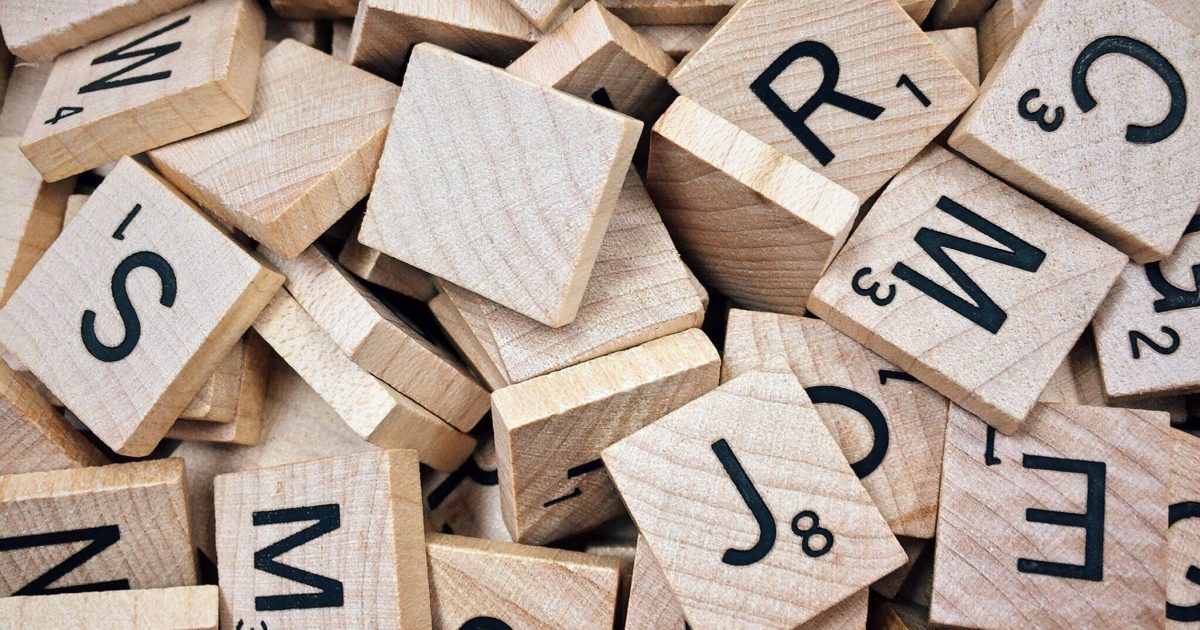 “Vocabularies are crossing circles and loops. We are defined by the lines we choose to cross or to be confined by.” — A.S. Byatt

Just as the Colorado River carved the Grand Canyon, your thoughts have shaped your life. According to the National Science Foundation, we have as many as 50,000 thoughts per day. Many of them are basic: “step,” “grab that,” “move.” But there are also many repeating messages. These ideas matter more than most realize because just as our beliefs and actions impact the words we use, the words we use shape our beliefs and actions.

This principle is well understood at the highest levels of politics. Politicians know that if they can get you to accept their choice of words, they can probably get you to accept their way of thinking as well. Whether you think of yourself as “pro-life” or “pro-choice” on abortion, view illegal aliens as “illegals” or “undocumented immigrants,” or regard tax cuts as “giving people back their own money” as opposed to “giving a tax break to the rich” likely determines which way you fall on an issue. When the words change, the feelings tend to change too.

If you’re a human being, you’ve gotten in arguments with other people. It just goes with the territory. But how you DESCRIBE that argument can change how you view it. Was it a “knock-down, drag-out fight” or a “minor disagreement?” Did you “fly off the handle” or “get into a kerfuffle?” Show me someone who can’t control his temper and I will show you someone who habitually uses words like “enraged,” “explosive,” and “furious” to describe his feelings when someone with better self-control would use words like “perturbed, “peeved,” or “mildly annoyed.” If, for example, you label your reaction as “mildly annoyed,” it’s difficult to justify screaming or being upset for hours, isn’t it? By changing the words you habitually use, you can eventually turn yourself from a raging wolverine into a lamb.

There are few things more frustrating than talking to a beautiful, intelligent, charming woman who believes she’s worthless. Explaining how ridiculous that is generally doesn’t work because when you tell someone who thinks she’s a loser that she’s actually an amazing person, she thinks you’re trying to make her feel better, take advantage of her, or that there must be something wrong with you, too. There are a variety of causes for low self-esteem, but you’ll almost always find it reinforced by the language the person uses. “I’m a loser,” “I’m a b*tch,” “Why am I so stupid?” “Why can’t I do anything right,” etc., etc., etc. It’s terrible to hear another human being talking about herself in a way that would make you want to punch someone else in the mouth if that person said it about her.

This is why it’s so important not to put yourself down. You’re not a “b*tch”; you may have been “a little b*tchy.” You’re not stupid; you just said something “a little dumb.” You’re not a failure; you just made “a mistake. It happens to everyone sometimes.” Even if you don’t believe it, change your language for a long enough period of time and your thinking will naturally, gradually start to change along with it.

The difference between good workers and great ones is often that the great ones are able to stay productive even when they don’t feel like it. When the good worker’s eyes begin to glaze over and they’re taking a break to go chat at the water cooler, the great workers stay on task. A lot of that comes from the different messages they’re giving themselves. Is it “I’m tired” or “I’m really leaving it all on the table?” Is it “I could really use a break” or is it “All right, now it’s really time to push?” Is it “I wish I could do something else” or “I love pushing myself to the limit?” Saying those things once or twice probably won’t have much of an impact, but when they become your habitual responses, it’ll turn you into a workhorse who can keep trotting long after everyone else has been “rode hard and put away wet.”

As Henry Wadsworth Longfellow once wrote, “Into each life, some rain must fall.” So the question isn’t whether bad things are going to happen to good people; the question is how you’re going to describe it. Is it a “nightmare” or a “minor inconvenience,” a “disaster” or a “learning experience,” a “train wreck” or “an issue we’ll need to handle?”

What difference does it make? Well, would you spend hours obsessing over a “nightmare?” Would you cry yourself to sleep over it? Could you see yourself screaming at someone for causing a “nightmare” in your life? Now, ask yourself the same question about a “minor inconvenience.” You get different answers, right? Now, ponder the fact that in many cases, one person’s “nightmare” is another person’s “minor inconvenience.” Highly productive people often handle several problems per day that less adept people choke on. A big part of the reason they can do that is they don’t turn “an issue we’ll need to handle” into a “train wreck” by mislabeling it in their heads.

I used to do Internet technical support and was very good at it. In fact, I was the guy they gave the screaming, out-of-control customers the other techs couldn’t handle. The reason? I knew exactly what I was doing and maintained a calm demeanor. But I also knew how to deescalate tension with language. A typical conversation in one of those cases might go something like this:

Customer: I am sick and tired of your company’s bullsh*t! You guys are *ssholes!

John Hawkins: It sounds like you’re having a frustrating experience. Tell me what’s been happening?

John Hawkins: Wow, I would be really upset if that happened to me, too. But, the good news is I know exactly what I’m doing and I’m very thorough. So, after we get done, we’ll know exactly what’s going on.

Customer: Well…okay. What do we need to do?

What I was doing there is called “controlling the frame.” When two frames meet, the stronger one wins. If a calm person starts talking to someone who’s screaming, then soon thereafter, both of them will either be screaming or calm. This is because we have a natural tendency to get in sync with the people we’re talking to and whoever is more firmly rooted in his frame tends to draw the other person into it. Part of that is emotional, but it also depends on the words you use. If you want to make someone more excited, you use exciting language; if you want someone to be more placid, you use more serene language. Be the one guiding where the conversation goes emotionally with your vocabulary instead of drifting along like a jellyfish.