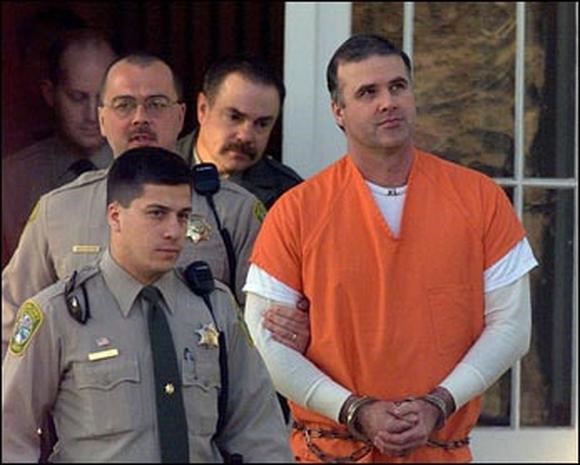 On January​​ 8, 2007, 13-year old Ben Ownby was kidnapped​​ from the parking lot of his apartment complex.  ​​​​ Four for agonizing days, his parents waited to hear something, anything, about their boy.  ​​​​ Then while being interviewed by the FBI, a teenage neighbour remembered a truck that he saw around the time Ben was kidnapped. ​​ The truck was traced to the home of Michael Devlin, the manager of a pizza place. ​​ When police busted in, guns blazing, they were ecstatic to find Owenby – but they weren't expecting to also find Shawn Hornbeck, a​​ fifteen-year-old​​ boy who had been missing for four years.  ​​​​ Devlin had kidnapped Ownby after Horbeck had begun to grow up a bit and become more independent. ​​ He's serving life in prison.​​

This case has so many twists and turns that no novelist could get away with it.  ​​​​ It begins back in December 1972 when 7-year old boy Steven Stayner was kidnapped by Kenneth Parnell, a convicted child rapist.  ​​​​ He was held captive for seven years.  ​​​​ As he began to grow up, Parnell began to lose interest and kidnapped a​​ five-year-old​​ boy. ​​ Knowing he was going to be sexually assaulted, as he was, Stayner bravely waited until Parnell went to work, leaving him alone with the new kidnapped victim, and left to find a police station. ​​ A police officer saw them walking down the street and realized who he was. ​​ Both boys were returned to their families. ​​ However, at age 24, Steven was killed in a motorcycle crash. ​​ How these events affected his younger brother Cary is for the team of psychiatrists to figure out. ​​ But by 1997, Cary Stayner had begun murdering women. ​​ He managed to kill four before he was caught. ​​ After his arrest he said he fantasized about​​ murdering women since he was seven years​​ old, long​​ before his brother was kidnapped.​​ He remains on California's death row.​​

Dennis Radar, who styled himself the BTK Killer (for Bind, Torture,​​ Kill), killed ten people, including​​ a whole family of four.  ​​​​ He was quite proud of his work, sending souvenirs of his victims to news stations and sometimes to the police. But for years, the police had been unable to zero in on the sleazeball. ​​ That is, until he decided he was going to really show the police how smart he was. ​​ He sent them a letter asking if they could trace him if he sent them a compact disc of his writings. ​​ The police answered in a newspaper: no way!  ​​​​ So,​​ he sent along a CD full of his ramblings and of course the police pulled the metadata off the Word document.​​ The metadata contained Christ Lutheran Church, and the document was marked as last modified by "Dennis." ​​​​ A quick google search revealed that "Dennis Rader" was president of the church council. ​​ From there, it was a hop and a skip to arrest, conviction, and prison where he is on death row. ​​ One of his most ridiculous statements after his conviction is that he couldn't believe the police would be so dishonest to lie to him about whether they could track him through the CD.