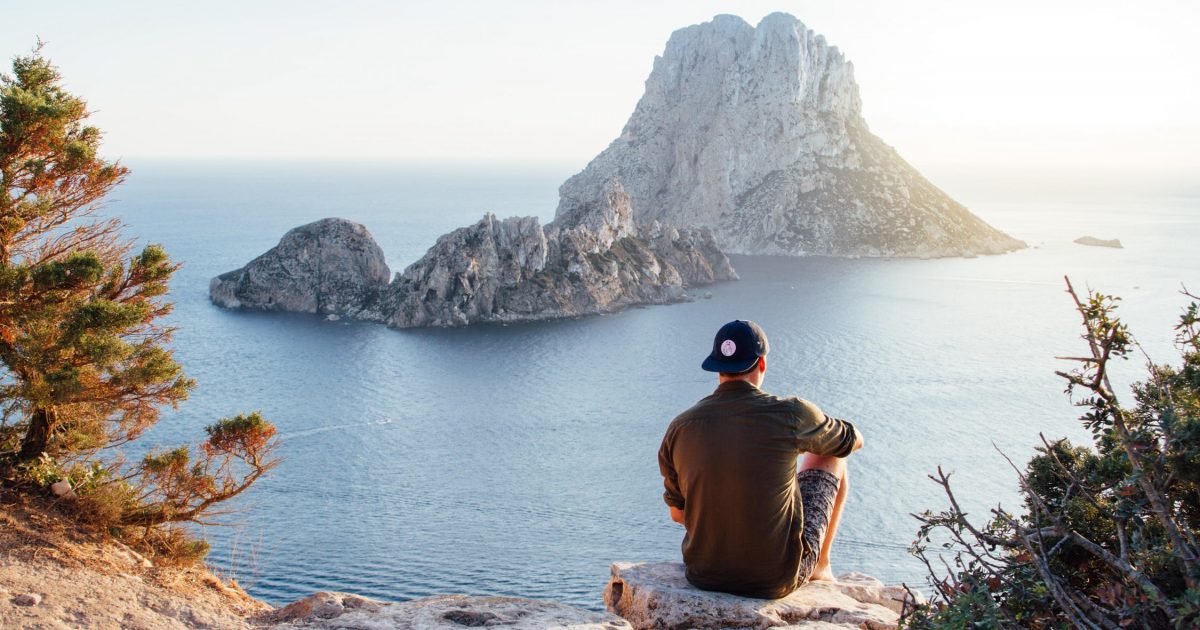 I do not envy young men in our society. A lot of them grow up without strong male role models. They’re shoved through an education that treats them like defective girls and they come out of that into a world that incessantly feeds them mixed messages. Be chivalrous… chivalry is sexism that means you think women are inferior! Women love strong alpha males… women want men to be sensitive and emotional. It’s your job to take care of and provide for your family… men are expected to do whatever their wife tells them to do, etc., etc., etc. There are so many of these that I could do a whole article on it (Mental note: Do whole article on the contradictory messages men get from society.) There are so many things you have to learn the hard way that I have a whole book on that topic, but here are a few of the most important lessons just for the guys.

1. Rejection Is Not Personal

I can still remember joking in high school that a beautiful cheerleader in my typing class should go on a date with me. The fact that I even treated that as a joke instead of something serious tells you a lot about where my head was at back then, but what happened next really hammered it home. She heard the joke, looked at me and said something like, “So, you want to go out?” She was interested, but I didn’t have enough experience with women to realize it at the time. I was scared to death that she would reject me, so I played it off like I was joking instead of following through and risking a “no.”

When you’re inexperienced, asking a woman out seems like offering yourself up to another human being and a rejection means you’re just not good enough. That can be a crushing blow to your ego. But rejection, sort of like getting punched in the face (people who’ve sparred know what I mean), becomes significantly less frightening once it has happened to you enough times. Aside from just getting used to it, over time you start to realize that a “no” can mean a lot of things. A woman could have a boyfriend. She might have just broken up with her boyfriend and isn’t ready to be in a relationship. She could be a lesbian. You might look like her creepy perv neighbor who stared a little too long at her chest and made her uncomfortable. Of course, she may just not be into you… but, so what? There are single women I find attractive that I get along with that I have no interest in dating. Why should women be any different? If she says “no,” then move on to the next one. After you do it enough times, you’ll be fine with getting a “no.” That’s how it should be.

2. The World Values You for What You Can Do, Not Who You Are

I was raised on a diet of fairy tales, Saturday morning cartoons, and after-school specials where the good guy always won. Heart, loyalty, and decency always prevailed and the good guys came out on top. I took that mentality into the world and found out that no one gave a cr*p about any of those things. Well, actually that’s not quite true. People do appreciate all of those qualities, but only as an extra added bonus. Being a movie star, a famous athlete, or looking like a Greek god beats being the world’s kindest, most decent and most loyal non-celebrity 99 times out of 100. People hate to admit that because it makes them feel petty and shallow. But when you look at the choices people make over and over, it becomes clear that surface qualities beat deep qualities nearly every time unless people can be conspicuously deep enough to slide it into their social media. If you want to be valued by other humans (besides your family), then it will primarily be because of what you bring to the table compared to other humans. Are you better looking than other people? Richer? More famous? Are you in a cool profession? Are you an exceptional athlete? What are you better than other people at doing? That’s a hard truth to come to terms with because it means you have to produce, perform and prove your worth on a regular basis. That’s a heavy load to carry, but it’s the world as it is, not as we wish it to be.

3. The World Is Not Slanted in Your Favor

You’ve probably heard that we live in a patriarchy, that males are paid more for the same work, and that men have every advantage over women. This is used as a way to attack men and make them feel guilty — as if it would be something they should feel bad about even if it were true (and it’s not). I mean, do women feel bad because 92 percent of people in prisons in America are men? What about the fact that men are overwhelmingly more likely to be murdered, die during wars, or die on the job? Are they overwhelmed with guilt because men are expected to pay on the first date, because more women than men go to college, or because not just the divorce court system, but the court system is heavily slanted in favor of women? We could go on and on with all of this, but the point is that both men and women have different advantages and disadvantages as genders. Take it from a white male in a field (politics) where it’s orders of magnitude easier to make it if you are a minority or an attractive woman – everything is not slanted toward men. Even in the places like politics and business where men seem to do well overall, you are not responsible for the successes or failures of all men. Just be yourself and don’t let anyone tell you that you’ve got it easy because you’re a man.

When you’re a young man and you’re interested in women, your first instinct is often to backward-engineer what will make them like you. In other words, you go, “How would I want a woman to treat me? Ok, so that’s how I’ll treat her!” This is how the “nice guy” is born. It’s also, God help us all, why there are so many hapless men sending out penis pics on the Internet. Then you combine that with horribly inaccurate romantic schmaltz on TV and in movies, generally inaccurate advice from women about what they want, and feminism that falsely claims men and women are identical and it’s no wonder a lot of guys get confused. Women don’t think like men; they don’t act like men and the differences are not small. Women are also shot through with hormones and emotions that make them extremely unstable compared to men. Also, there will be crying, weird mood shifts for no reason and odd obsessions with what you’re thinking when you’re not really thinking about anything. I could write a book on this topic – and people have. This may sound like I’m being negative about women, but it’s easy to love the vive la difference. Women aren’t better or worse than men, but they are very different and the more you realize that, the better you will get along with them except for feminists, whom no one really gets along with.

5. There Are No Shortcuts to Success

If success were easy, everybody would do it. But success is hard work. It’s getting up when you don’t want to get up, working when you’d rather be playing, and doing things other people don’t want to do. Most of the top guys in the UFC started doing martial arts by the time they were 10 and spent years putting in 4-6 hours per day of gut-busting exercise just for the opportunity to get punched and kicked in the face while barely making enough to live on early in their careers. Doctors typically put in 8 years in school, build up a massive pile of debt, and get worked like a slave for years after that learning the trade before they really start to make money. A lot of those famous CEOs got famous putting in 70-hour weeks year after year after year. Are you willing to sacrifice to get the success you want? Because that’s what it’s going to take. Sacrificing. Grinding. Working into the night while everyone else is goofing off. If you want to be a beast in life, you have to be willing to do what the real beasts do to get there.