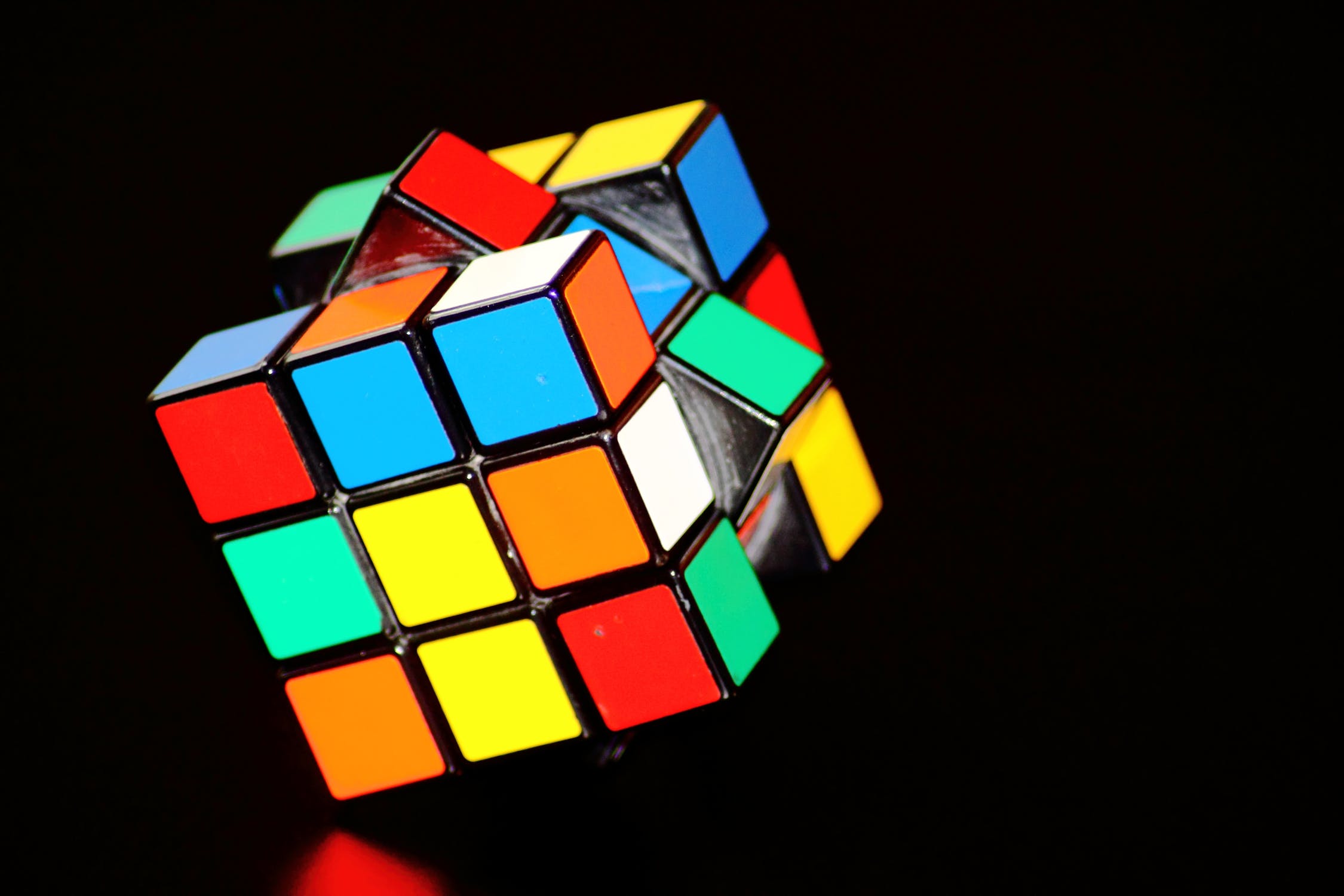 Ever had a single moment that changed your entire life? One event, one mental tweak, one epiphany that made everything better?

Granted, we’re not talking about something as huge as turning into a masked crimefighter because my parents were murdered in front of me — but that’s a good thing. Only so many people have experiences like that. I’m talking about relatively small modifications that have had an outsized positive impact on my life. Not only can these mind hacks do the same thing for you, but you can adopt every one of them by the end of this article if you choose to do so.

1) Making yourself impervious to criticism.

When you write about politics for a living, you get called every nasty thing in the book. There’s not a single feature on my body that hasn’t been thoroughly critiqued. I’ve been called ugly, fat, stupid, inbred, retarded, a fascist, a Nazi, a racist, and dozens of other terms that I’m not allowed to write on PJM. I get smeared and lied about. I receive death threats. There’s not a day that goes by in my life where I don’t either get hate mail or get attacked in the comments of articles that I write. After reading that, ponder the fact that when I started writing for a living, not only was I sensitive to criticism, but conflict with other people made me uncomfortable. So how did I go from that to retweeting hate aimed at me on Twitter, laughing off death threats, and taking on four liberals at a time on HuffPostLive?

It started with adopting a quote from Frederick Douglas as a motto.

A gentleman will not insult me, and no man not a gentleman can insult me.

As a practical matter, what does that mean? That anyone who insults is — by virtue of the fact that he is insulting — unworthy of my time, attention, or serious consideration. Some people might argue that someone who’s deliberately insulting you might also have a legitimate point too. Setting aside the fact that happens about as often as Lady Gaga turns down a chance to wear a weird dress… if the point is worth making, someone else will surely come along and make it as well and then I can respond to it. Once you internalize this sort of thinking, insults no longer have any impact because the very fact that someone is treating you in a deliberately insulting manner makes his opinion irrelevant.

2) How to make a final decision.

I have many flaws, but one of them isn’t a lack of decisiveness. I’m good at making decisions. However, like a lot of people, I used to do too much rehashing. Did I make the right call? Should I reconsider? Then, when things did go wrong, I used to kick myself because I’d obviously made the wrong decision… er, right?

Often, there is no obviously correct decision. You have two almost equally attractive options and you must choose between them knowing that ultimately it may be the wrong call. So how do you deal with that? I adopted a rule that I learned from reading billionaire Richard Branson: “When you have to make a decision, think carefully about it, pick the best option, and then don’t revisit it again unless you receive new information.”

This rule allowed me to stop over-thinking decisions and quit second-guessing myself so that I could make the best possible call and live with it. If it works for a corporate genius like Branson, it’ll work for the rest of us, too.

3) The key to getting over mistakes.

In my high school days, I used to obsess over mistakes that I’d made. I’d kick myself again and again. Why did I say that? Why didn’t I do this instead? How could I have done that so badly?

Like many people, I believed that kind of self-flagellation was motivational. How, if I didn’t beat up on myself, could I get inspired to move forward?

Unfortunately, again like many people, I was 100% wrong. Beating up on yourself is counter-productive. It lowers your esteem, makes you feel bad, and discourages you from trying to improve yourself. That’s very problematic because the only way to get better at anything is to try, fail, get up, brush yourself off, and try again. Then you repeat until you succeed. The most successful people do correct their course, but they don’t spend much time kicking themselves in the behind because they were off course to begin with.

So how do you get to that point in your life? For me, it began with accepting a subtle truth: “You always do the best you can right now.”

At first glance, that statement appears to be OBVIOUSLY incorrect. Does a bright student who fails a test because she didn’t study do the best that she can? Does a boxer who loses a fight because he showed up out of shape do the best that he can? The correct answer is, “Yes, they did do the best that they could at that moment.”

What this does is set off a chain of productive questions.

Take the student, for example. If she’s bright, how can it be that she got a “D” doing her “best”? Could she do better than that? Absolutely. How? By studying. Why hasn’t she been studying? Because she puts it off until late at night, gets tired, and doesn’t bother. So how could she improve her “best”? By setting an earlier, regular study time.

What’s more productive? Slapping yourself around for failing, or recognizing that your “best” wasn’t even as close to as good as you could be and trying to figure out how to improve?

4) How to stop overreacting to minor issues.

As I mentioned before, I used to be very uncomfortable with conflict. One little remark or flare-up could bother me. I was also a worrier. What if this person gets mad at me? What if I look foolish in front of the class when I give a speech? What if I don’t do well on the test? What if I don’t know the answer?

Now? In an average week, I do two to three radio show appearances. Often, I have almost no idea what the hosts will want to talk about other than that it will involve politics and I have to be knowledgeable, entertaining, and informative in front of their audience. I’ve been grabbed walking to the bathroom and sent out to make impromptu remarks in front of a crowd. In just one day last week, not only did I do the work of two people, but I also had to deal with web developers who are behind on a new website, my current website being down for hours, and a contractor who didn’t deliver what he promised to me. None of this worries me, makes me anxious, or gives me any pause.

Because once someone told me that if something was bothering me I should ask myself a simple question, “Will this matter in five years?” Ninety-nine percent of the time, the answer was “no.” So slowly but surely, I worried less and less. I also learned something wonderful: Mental habits are like muscles. The more you use those muscles, the more powerful they become. Now, I don’t even have to ask the question. I just assume that if something comes up, I’ll be able to handle it. Guess what? I’m almost always right and when I’m not, I learn something from it.

5) How to have a more active life.

Although I enjoy being around other people, I also don’t have any qualms about going to the movies or a restaurant alone. Additionally, I don’t enjoy travel and tend to be a bit of a homebody. Sitting around the house watching a rented movie sounds like a perfectly enjoyable Friday night to me. So when I get a chance to do something fun, go out with friends, or speak at a conference, there’s a bit of hesitation there. I’m not anti-social, but I don’t feed off a crowd and I’m generally just as content to talk to friends via instant messenger as I am to talk to them in person.

The big problem with having this kind of mentality is that if you’re not careful, it can make you REALLY boring. You can turn into the guy who’s always sitting at home, comfortable — instead of actually getting out in the world and doing things — and ultimately, isn’t that what it’s all about? When you tell people stories about your life, aren’t they stories about doing something as opposed to the time you watched five straight episodes of House while you ate popcorn on the couch?

There’s a rule I learned and adopted a few years ago that helped get me out, about, and in the middle of life. It was, “If you have to choose between two roughly equal options, always take the one that leads to you doing something.” If your friends invite you to go to a movie and you’re kind of torn about whether to do it, you go. If you have a chance to go to a conference and you want to go, but you’d also be just as happy spending the weekend at home, you go. Ultimately, most of the great stories in my life and fun pictures on my Facebook page were created as a result of following this rule