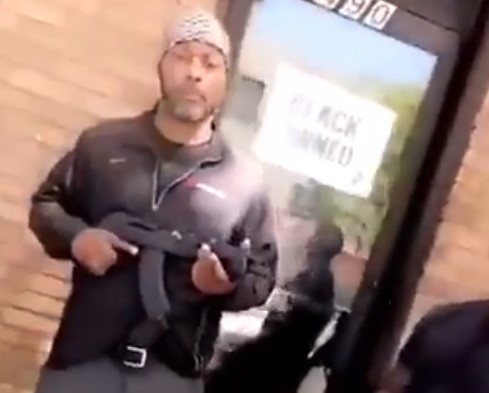 As you know, there are riots going on cities all over the country. Here are some basic tips for men who may be near those riots.

1) You need a gun: Police all over the country have done almost nothing while mobs of animals have looted stores, burned businesses, and attacked people. If you need protection somewhere like Minneapolis right now and are looking for the cops to do it, you are in for a rude awakening. That’s why you need to be armed and why you need some training on how to use your weapon. If you don’t have a gun, get one after this is over and learn to use it.

2) Stay away from the riots if you can: Riots are exciting and it can be tempting to go see what’s happening. That’s a dangerous proposition for a lot of reasons. When I was covering an out-of-control Occupy protest for Right Wing News a few years back, I was upfront taking pictures and the police thought I was one of the protesters they were clashing with. I had a cop point a gun at me (yes, I took a picture with my hands over my head). 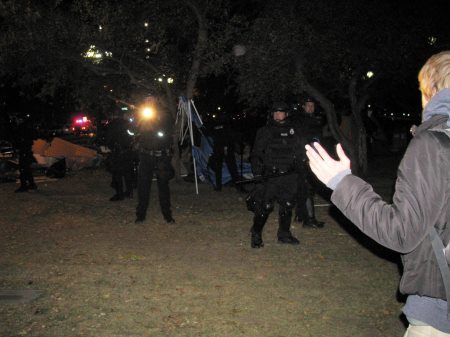 Later, there was some crazy guy near me shouting, “I got a gun” at the cops. I was telling him to shut the hell up while I moved away from him out of fear every cop in the area would dogpile anyone in the general vicinity… me included if they heard him.

Of course, even if the cops don’t draw the natural conclusion and assume you are a rioter because you’re near the riot, you could get attacked by a crowd of people or someone could hit you from behind with a brick. You might even get put in a position where you have to kill someone and even if it’s 100% justified, who wants to deal with the ramifications of that? It’s inherently dangerous and not a situation you want to be in unless you have a good reason to be there.

3) Don’t ever get out of your car for a mob: Do you remember Reginald Denny from the LA riots? If you don’t and have a strong stomach, take a look at what can happen if you let a mob take you out of your car.

Don’t do something like this unless there are no alternatives, but if your choice is to get out of your car when a group of people are jumping and beating on it or run over some of them to get away, run over them and get to safety. That’s a, “it’s better to be judged by 12 than carried by 6” situation.

4) Having a weapon doesn’t mean you are safe: You ever heard of the 21-foot rule? The idea is basically that a fit person with a knife can move 21 feet in the time it takes a person to identify the threat, draw, aim, and put 2 in their chest. Now, add multiple attackers, possibly coming at you from all angles. Even if you are very good, you may not survive it.

For example, here’s a poor bastard who tried to fend off attacking looters with a sword and then made the terrible mistake of running out into the open. He’s lucky to be alive.

Looters ran at him, then he charged rioters

I called an Ambulance and it’s on the way pic.twitter.com/kFxl3kjsBC

Do not think that because you have a sword, a knife, or a gun, you are “safe” in a riot. If you are confronting a gang of attackers, you are in an extremely perilous situation, even if you’re trained.

5) You want to guard your business? Then you need an armed crew: If you have to do it, in a perfect world, you do it like the now legendary Korean shop owners did during the LA riots,

They have the high ground and can easily take cover, but people can also see them and realize they should steer clear of them.

If you don’t have the rooftop option, this is probably the next best thing:

There’s no such thing as a guarantee during a riot, but when you have a bunch of guys with guns like that, it’s going to be intimidating to rioters and they can have each other’s back if there’s trouble. Again, a lot of bad things can happen during a riot even if you do everything right. That’s why, at a minimum, you need some help to effectively pull it off.