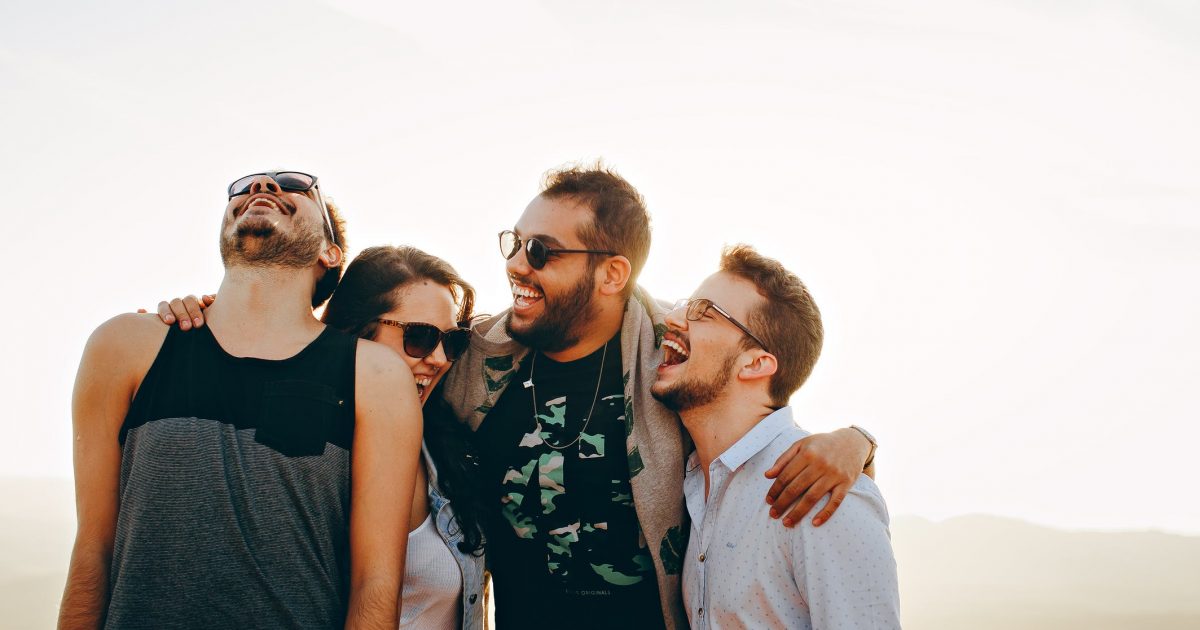 There’s a lot of truth to the old saying, “It’s not what you know, it’s who you know.”

Meeting the right people and having them like you can get you a job, further your career, or earn you a once-in-a lifetime deal. It’s also how you make new friends. People can sing “I Am a Rock” all they want, but human beings are social animals and a good friend is valuable. Whether you want to network or just make new friends, it’s important to know how to make a good impression on people you’re meeting for the first time. While there’s no “one right way to do it,” here are some tips that can help you get things off on the right foot.

1) First Contact: People tend to be a bit subdued, talk less than normal, and are often a little cautious when they meet another person for the first time. That’s a natural thing and you have to adjust to it.

In order to do that, you may need to tweak how you talk and behave just a bit. Your energy level will probably need to be just a little higher than the person you’re meeting. You don’t want to do the full Tony Robbins and blow the person away, but if both of you are quiet and have a low energy level, you probably just won’t click. Again, because the person may be a bit constrained, you’ll probably need to talk a little more than normal. That doesn’t mean you need to dominate the discussion, but you usually have to do a little extra work to coax someone into talking. Additionally, there is a time and place to ask people what they do for a living and talk about the weather, but the first five minutes of conversation is not it. Those are boring conversational space fillers and bringing them up right off the bat gives people the impression that you’re dull.

2) Focusing more on listening than talking: People often make the mistake of trying to impress other people they’ve just met. This is a bad idea because even if it works and someone likes you because of your money or what you can do for him, it doesn’t draw the right sort of people into your life. Along the same lines, you don’t want to try to connect by flattery. A beautiful woman or important man has already been flattered so often that he or she is likely to be bored by it.

So, what do you talk about? That’s easy. Discuss the single most interesting subject to any person that you run across: himself. Listen to what he says and ask questions. If he mentions he went boating last week-end, ask a question about boating that you’re interested in and want to know more about. If he mentions that he loves psychology and you do as well, note that you’re fascinated by the subject, and ask what he thinks of Freud. Let him feel like the centerpiece of the conversation instead of trying to fill that role yourself. If other people conclude that you enjoy being in their presence and they’re having a good time because you seem interested in them, then they’ll start to become interested in you and you’ll have your opportunity to talk more about yourself.

3) Treating a new acquaintance like a friend: There’s no set time limit that has to pass before you’re allowed to treat someone like a friend. You can do it immediately if you like — people like meeting other humans with whom they feel an instant connection. For example, when I’m at conservative conventions, I regularly invite interesting people I’ve just met to go out to group dinners or events I’m attending with my friends. If they go, they feel grateful to have been invited. If they don’t go, they still appreciate it because it’s the thought that counts. If you act as if a new person is a friend, it also changes your behavior for the better. You’re not as stiff, your body language is better, and you make the other person feel more comfortable. This will help you build a bond right off the bat that can last for as long as you know the other person.

4) Not wrecking the flow of conversation: When you first meet someone, that person tends to put an exaggerated amount of emphasis on anything negative that sticks out in his mind. This means that even if everything goes well, you can still screw things up with one dumb mistake. That’s the bad news.

The good news is that most of the mistakes that will really kill you are very basic and easily avoidable. Some of these faux pas include showing poor manners, cursing, bringing up race/religion/politics, complaining a lot, being depressing, saying something gross, being rude to a clerk or waiter, or doing something else a reasonable person would consider to be completely socially inappropriate. In other words, you don’t want someone you’ve just met thinking, “This guy just doesn’t know how to talk to people” or “She might embarrass me in front of my friends.”

5) The follow-up: If you want to make a new friend or contact, then you must speak to him more than once. This is where the follow-up comes in. When I get a business card at a convention, I write the person a polite follow-up email after the event even if we just talked for a couple of minutes. If we actually discussed business, I write him a more detailed email. If I meet someone I get along with particularly well, I may write him a longer and more personal email or add him on Twitter and Facebook and chat with him at least once within a few days of returning home.

At the end of the day, what it all comes down to is that no matter how well an initial contact goes, you can’t build a relationship unless there’s some kind of follow-up — and you can’t count on the other person to do it. If it’s important to you, you need to be the one who takes the initiative to reach out. You have nothing to lose. Worst case scenario, he probably doesn’t return your email. Big whoop. On the other hand, if it works out, you may have just taken the first step towards creating a beautiful friendship or a worthwhile business contact.