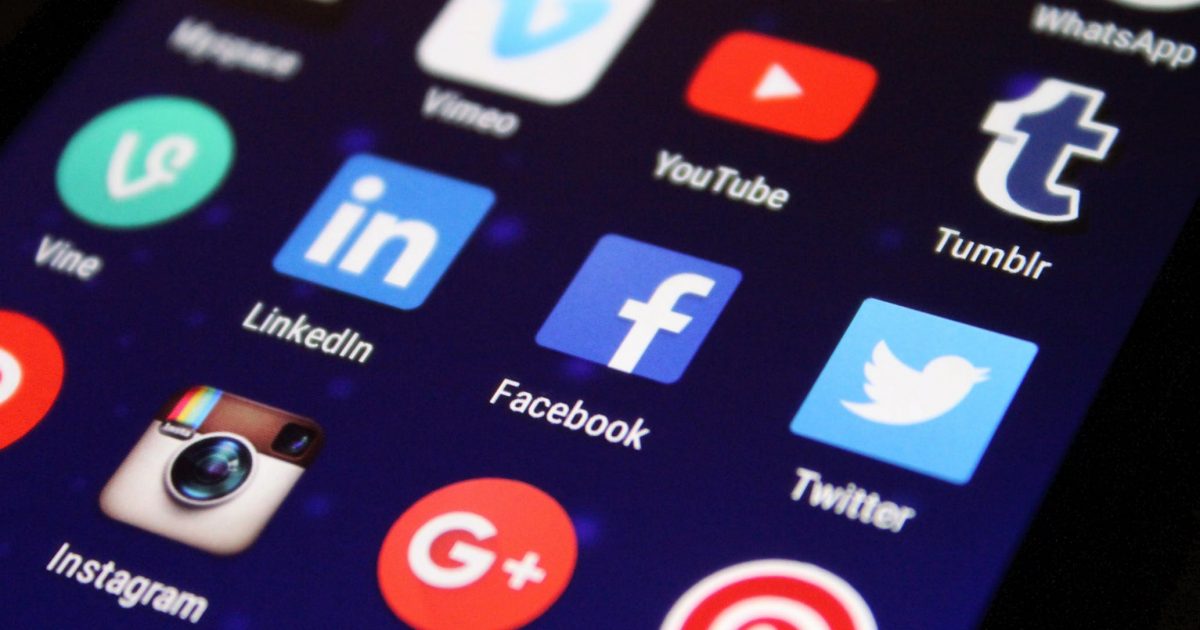 Like Kim Kardashian or binge drinking, social media is both wonderful AND horrible. On the one hand, social media has given us all a chance to connect and look at pictures of what we’re doing. Right this second. All the TIME. On the other hand…

1) It’s Changing Us All Into Brands. Do you trust commercials for KFC and McDonald’s? Of course, you don’t because you know they’re trying to sell you something. That beautiful fried chicken in the ad? It’s soggy in real life. That plump, juicy Big Mac? It’s not the most delicious thing you’ve ever eaten and there won’t be a magical clown there to be your friend while you’re woofing it down.

So, what happens when the average person becomes a brand?

At its most innocuous, you get a false picture of everyone’s life. If you look at my Facebook pictures, they’re all of me traveling. I’m at the Eiffel Tower. Here’s me decked out with my hot girlfriend at the Empire State Building. Woah, there’s me with Alcatraz in the background. You don’t see me, right now, without a shower, wearing sweats and a t-shirt in a messy room, grinding out this column while my girlfriend is pissed at me.

It has also led to an epidemic of virtue signaling — screaming at people we don’t know to show we oppose something and letting everyone know we support causes we don’t care about because we think it looks good.

Most people on social media are showing you a persona, not the real them.

2) It’s Destroying Attention Spans And Making Us Shallow. How many people are living life through their social media instead of the real world? It’s so bizarre to see people facing away from the action to get a selfie or ignoring their friends or dates to check Twitter. It’s rude to look at your cell phone when you’re at dinner with someone, but we pretend like it’s not because we all do it at one time or another. But, if you can’t make it through a twenty-minute conversation without checking the beeps, whizzes, and bings coming from your phone, you have a problem. Sadly, most people have that problem. They have a phone full of social media apps designed by people who know how to get their attention. Sitting down to work, reading a book or doing almost anything for a few hours straight is nearly impossible because there is always some like, retweet or new message to see. There are a lot of things in life that can’t be summed up in 140 characters or in a Facebook meme and unfortunately, if it doesn’t work for social media, many publications have simply given up on publishing it at all. We may be getting more information than ever before because of social media, but most of it is snark, memes or dumb comments instead of the longer, smarter material we need to become wiser.

3) It’s Cutting Us Off From Alternative Views. Social media companies want to keep you happy because if you’re happy, you will keep coming back to their websites. So what’s more likely to make you happy? A well-written piece by someone who disagrees with you and challenges what you believe or well-written propaganda that supports what you already believe is true? If you think it’s #1, you are probably lying to yourself or alternatively, you’re one of a small percentage of people. What most people call “truth telling” is someone who repeats back to them what they already believe to be true. Additionally, that’s what they like and share on social media. As someone who runs a large conservative website, I can tell you that if I were to write an article that says nice things about Obama or Hillary, not only would it bomb, I’d get nothing but grief for writing it in the first place from my audience. If you think it’s any different for a liberal writing nice things about Donald Trump or Ted Cruz, you’re kidding yourself. In other words, whatever our biases or prejudices happen to be, they are reinforced by social media.

Worse yet, like brands, it has turned us all into virtue signalers. It’s important to safeguard our image; so we yell at the right people, conspicuously support the right causes and want to be seen doing the right things. It’s turned authenticity from something most people used to have into something a few people are good at portraying. Fake isn’t better.

4) It’s Turning Us Into A-holes. The main idea behind diversity is supposed to be that as we spend more time around people who are different from us, we find out how similar we all are at heart. Unfortunately, when we’re dealing with lots of anonymous people and others who are acting like jackasses in hopes of being noticed, all we learn is that people who are different than us are horrible people. And what do you do when confronted with a horrible person who calls you a racist, a Nazi or unpatriotic? Many people behave horribly in return, which even convinces more people on the other side that everyone who disagrees with them is a cross between Satan and Adolf Hitler. Online, every trivial difference is turned into WWIII and it’s easy to find yourself behaving like the world’s biggest ass because some person you don’t know or care about on the Internet said something obnoxious.

5) It Creates Freaks, Weirdos, And Deviancy. I once read a column by a guy named Zack Parsons at Something Awful that stuck with me. Here’s an excerpt,

Since I took this gig writing for Something Awful almost three years ago I have encountered an increasing volume of perversity on the Internet as part of my job description. I’ve gone from randomly encountering it, to actively seeking it out for the purposes of mockery. I’ve found individuals and groups that have sexualized things like sneezing, farting, popping balloons, inflating latex or rubber body suits, and most frequently, I’ve encountered furries.

…I’ve talked about how the Internet enables pedophiles, furries, and others to congregate and share ideas, but I only briefly touched on the most important aspect of this. In the endless expanse of communications the Internet is, probably the greatest and most terrible gift it offers to furries, pedophiles, and others is the ability to shut themselves off from the mainstream. They huddle in cloisters that are virtually unassailable by the outside world and whisper encouraging things to one another that would be nearly impossible to say in real life. Free from the pressures of society to conform to a boring standard they go in the exact opposite direction, externalizing things that are roughly as far from “normal” as can be expected. Then, within their protected virtual enclaves, they declare these things to be the norm. By declaring their perversions, mores, and general imbecility to be their own status quo they have simultaneously validated their own existence and demonstrated the inferiority of outsiders.

No matter how warped your views are, you can find legions of other people on social media that agree with you. This enables people with strange, off-putting or horrific views to cocoon themselves off from the “normies” and feel accepted. All that might be fine, except that girl you want to date, those people at work and those people over there that you want to hang out with are all “normies.” In other words, you’re cutting yourself off and becoming ever deeper down the rabbit hole. This is not good. This is not healthy. This is not something we should want to encourage.