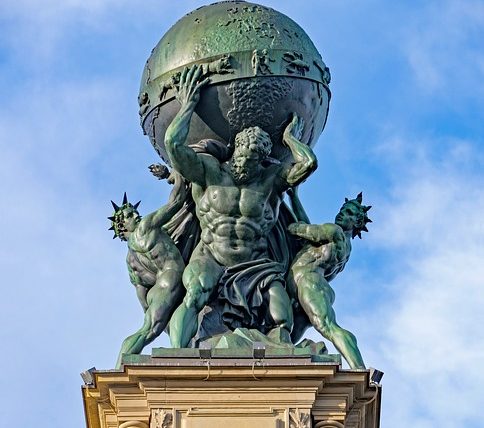 I’ve been a voracious reader since I was a small child and I’ve read more than 2,000 books in my life. Self-help, psychology, horror, fantasy, history, health, longevity, biographies, politics, fiction, business – I’ve ripped through numerous books in all those categories. Consuming all those books had a lot of benefits including the fact that it helped me write a book that was in the top 50 in the self-help category on Amazon at one time — 101 Things All Young Adults Should Know. However, there were a few books that stood out from the rest because of the powerful impact that they had on my life. These weren’t books that I merely enjoyed or that helped me improve a few things, these were books that had a major impact on my thinking. These are all books that changed my life significantly. Enjoy!

PS: I’m leaving out the Bible because it’s too obvious. No book has influenced more Americans and you don’t need me to tell you that.

Honorable mentions: An End to Innocence: Facing Life Without Illusions, Winning through Intimidation: How to Be the Victor, Not the Victim, in Business and in Life, The New High Intensity Training: The Best Muscle-Building System You’ve Never Tried, and The Way of the Superior Man, The Compound Effect.

1) Awaken the Giant Within: Wait, you mean that tall guy with the big teeth that used to do infomercials was actually on to something? As it turns out, yes, he was and he’s so good at what he does that he’s worth half-billion dollars today. If you’re wondering what he’s so good at doing, it’s teaching you how to reprogram your brain with neuro-linguistic programming. NLP is a truly brilliant school of psychology that in the hands of a skilled practitioner can often produce powerful results in weeks that most therapists can’t achieve in years. However, it has two major weaknesses. The first is that it’s radically different from techniques used by conventional psychologists and so they heap scorn on it, which is ridiculous. It makes no sense to say that something like NLP is “pseudo-science” while considering say Gestalt therapy or Cognitive Behavioral Therapy to be legitimate. The other issue is that the two guys that invented NLP in the seventies, John Bandler & Richard Grinder are (as respectfully as I can say this because they’re brilliant) simultaneously dull as dishwater and so combative that they’ve refused to work together for decades. What you see in Tony Robbins is a guy who understood neuro-linguistic programming, became extremely good at treating people with it, and started pushing it out to the public in a charismatic manner. The book changed my thinking in an elemental way. It helped me control my thoughts, my emotions, my priorities, focused me on improving myself to make a better life and it changed the way I look at the world and what I believe is possible in my life.  This is THE book I’ve gifted the most to other people and if you’re only going to read just one book off of this entire list, this is the one.

“It’s not the events of our lives that shape us, but our beliefs as to what those events mean.” – Tony Robbins, Awaken the Giant Within

2) Atlas Shrugged: Ayn Rand is not the greatest writer in the world and even people who are big fans of her work must admit that the Atlas Shrugged movies were godawful. That being said, there is nobody I’ve ever read that does a better job of powerfully influencing the way people think and behave via the fictional world they’ve created. Rand’s book helped me learn to respect achievement, value logic & see the importance of rational self-interest. It also laid the foundation for my love of capitalism, suspicion towards government and it taught me many things about human nature that even now, 60+ years later, still obviously hold true.

“I swear by my life and my love of it that I will never live for the sake of another man, nor ask another man to live for mine.” – Ayn Rand, Atlas Shrugged

3) Will: I’m not entirely sure what led me to read the autobiography of Watergate conspirator G. Gordon Liddy, but it turned out to be a fascinating read. Liddy was a former FBI agent & lawyer who ended up working for Nixon. After his part in the Watergate burglaries came to light, he distinguished himself via his loyalty. He went to jail rather than talk. Liddy captured my imagination because, like me, he was a bit of an anxious child who let fear stop him from doing things he needed to do. Liddy conquered this fear by essentially deciding that he had to do anything he was afraid to try. Just to give you an idea of the lengths to which he took this idea, he was once scared of a rat, so he killed it, cooked it over a fire, and ate it. This is an intense man who lived his life with this kind of thinking ingrained in him and you know what? Forcing yourself to do anything that you’re afraid to do works. I don’t remember the last time I was anxious and if it’s a good idea and I realize I am scared to do it (which doesn’t happen very often anymore), well then, I am off to do it. Once you do that kind of thing enough, you start to realize you’re not scared of anything… except being in the water with a large alligator. That fear I have never managed to shake.

“Suffering. That was the key.” – G. Gordon Liddy

4) How to Win Friends and Influence People: At the beginning of my high school years, I was just not good with people. At the time, I didn’t have the gift of gab, didn’t understand how to make a favorable impression on people, and had no clue how to fix it. Then, I read How to Win Friends and Influence People and it all changed. Because of the book, I started spending more time hanging out with the people I wanted to hang out with, made more friends, and became much less socially awkward. These days, whether it’s talking impromptu in front of a crowd, being on the radio, or just meeting anyone I’m interested in, my people skills are rock solid. Of course, that didn’t happen overnight. It was a long, slow process and there were other books that helped along with lots and lots of practice and experience. However, the backbone of my people skills came from that book, which I’ve read probably 4-5 times in my life. It’s hard to believe that a tome produced in 1936 is the best book ever written about people skills, but it’s true.

5) The 4 Hour Work Week: Initially, I really liked the book that launched the career of Tim Ferriss, but I didn’t love it. Ferriss is more of a plain, functional writer, I suspected he was exaggerating a few things and the emphasis on moving all over the world didn’t resonate with me. Still, I had to admit the information in the book and the philosophy behind it was dynamite. Ferris heavily emphasized automating your business (and for that matter, your life) as much as possible. When I built Right Wing News into a top 10,000 website with 30 independent contractors working for me, this turned out to be a critical part of the website’s success. I paid a little more to have the right tech guys available as needed. We trained multiple people to handle every function we had to do on a daily basis so that we were never caught short. We had sound guidelines for all of our people, ways of double-checking what they were doing, and built a competent staff. This paid off big time and although Right Wing News is a vanity website today, we had one Hell of a successful run. Ferriss’ book was a significant part of that. The moment I realized how much of a role it played was when I went on vacation. I was sitting in a suite with a pretty girl, we were having a nice conversation and I realized that I was making just as much money enjoying my time off as I would have if I had been working that week. There are a lot of people that are successful but being successful and having that level of control over your time is what makes it particularly sweet.

“Doing less meaningless work, so that you can focus on things of greater personal importance, is NOT laziness. This is hard for most to accept because our culture tends to reward personal sacrifice instead of personal productivity.” — Tim Ferriss