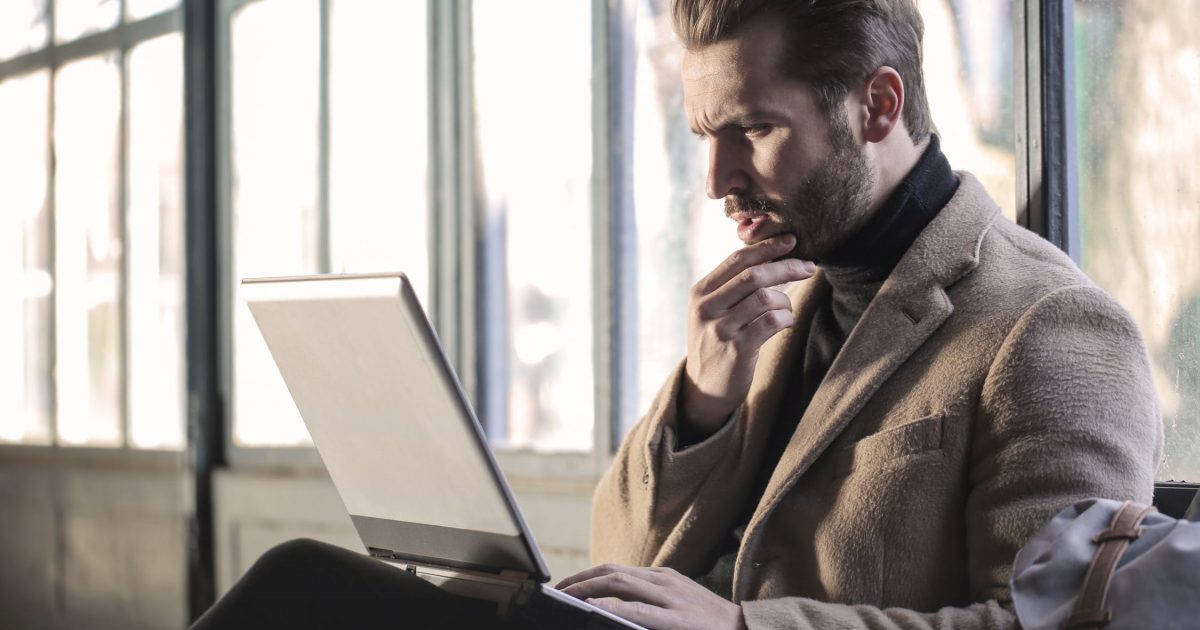 Every day of your life, you’re bombarded with attempts to influence your behavior. You pick up the paper and it tries to convince you to take a political position. You turn on the TV, watch a sitcom, and recognize that there’s a moral message shoved into it. While you’re watching the sitcom, commercials play. Do those ads stick in your brain?

Which company has the slogan, “Just do it”? Which candy “melts in your mouth, but not in your hand”? Here’s a golden oldie: Which fast food chain introduced the phrase “Where’s the beef?”

Because the changes wrought by these messages tend to be subtle, most people erroneously believe they’re unaffected. Of course, they’re very wrong. It costs $3.5 million to run a 30-second ad during the Super Bowl. You think those companies pay out dumptrucks of cash for those spots without believing they’re getting their money’s worth? So, here’s a question: Since you’re being programmed by outside sources on a day in, day out basis, why not run some of your own programming that’s designed to make your life better? There are a number of ways to do it.

Affirmations are a list of traits, behaviors, thought patterns, or future goals you want in your life. Ideally, they should be relatively short, specific, and written in a way that captures your imagination (here’s a good, short how-to guide on word affirmations). You should read your list of affirmations daily, at least once — although I do so twice, and some people do so three times. Try to read your affirmations with emotion and feeling.

I’ve used affirmations for years and find they’re particularly effective at keeping you focused on a goal or changing the way you behave in certain situations. For example, one affirmation that was very helpful for me was,

I talk to everybody who’s around me.

Eventually, after reading that affirmation enough times, it would flash into my brain at the supermarket, Subway, or Wal-Mart and I’d feel pressure to act on it. If I did, it reinforced the habit. If I didn’t, I felt uncomfortable, like I neglected an obligation.

Keep in mind that this doesn’t work overnight, just as you don’t start to associate the Golden Arches with tasty food (or, alternately, grease, sickness, and feeling sluggish) the first time you see a McDonald’s commercial. Over time, the repetition starts to impact your thinking, you respond to it, and you feel rewarded for behaving in a positive new way. This helps cement in a new habit.

This is a Neuro-linguistic programming technique called a pattern interrupt, but I think “scratching the record” hammers home what you’re doing in a way that most people can understand better.

The first thing to keep in mind is that your memories actually have a structure to them. If you think of something that happened in your life, particularly something that has an emotional impact on you, you’ll find that you represent it to yourself the same way every time. Let’s say you were attacked by a dog when you were a child and since then, you’ve been afraid of dogs. Well, what happens when you see a cute, friendly little Jack Russell come towards you? An image of being bitten by that other dog may flash through your head. It’s probably a large image, in color. You may feel a tightening in your stomach or a sensation of fear. That’s the mental record.

Here’s a little exercise to show how this works. I’ve done this personally with people more than a dozen times and it worked every single time. It should work for you, too, if you follow the instructions. Take a moment to think of something that happened to you in your life that makes you feel fear, anger, unhappiness, or some other unpleasant emotion. Let’s not go into anything that’s “I was nearly mauled to death by the bear that had just ripped my mom’s arm off” level horrific. Let’s just go with mid-range awful.

* Picture that scene in your head. Take particular note of how it’s mentally constructed. Is it in color or black and white? Big or small? Are you part of the image or are you watching third-person? Do you have a particular feeling in your body that accompanies it? After you picture the scene, take note of how it makes you feel.

* Picture the entire scene, but if it’s in color, make it black and white. Also, picture yourself sitting in the corner watching the whole thing, absentmindedly tossing popcorn into your mouth like you’re at the theater. Done?

* Next, picture the entire scene again, but with everyone involved wearing bunny suits and hopping around.

* This time, run the entire scene again, but in black and white. Make it smaller in your mind, like it’s farther away, and do it in REVERSE.

* Ok, now make the scene in black and white, running backwards to forward, with goofy circus music or Looney Tunes music playing in the background.

* Finally, think of the scene again. If you did this exercise as you were instructed, you should feel nothing at all or, in some cases, even positive emotions depending on how much you got into the sillier parts of it. If so, that means the record is scratched and it shouldn’t trouble you anymore unless it’s very powerful or you take the time to reconstruct it in your head. This is a great technique for keeping negative memories from impacting your thinking.

Remember Pavlov’s dogs. Long story short, Pavlov found that if he exposed his dogs to the sound of a metronome and then provided food, eventually just the sound would cause them to salivate. This is at the core of how advertising works. Why do you think the housewives doing laundry on TV are so happy or there are so many bikini-clad women in beer ads? It’s because eventually, you start to unconsciously associate the product with the feelings produced by the commercial and this impacts your behavior.

You can use this to shape yourself, too. Give yourself a small reward after doing the right thing or find a way to punish yourself if you do the wrong thing. You can even do this internally with feelings. For example, think of a time you felt really, amazingly happy. Now, after doing an activity you want to repeat, replay that “record” again and you’ll feel the same sensation. Eventually, you’ll begin to associate being in the state with the activity. This works with negative sensations, too. After doing an activity you don’t want to do again, play a “record” that makes you feel lousy. Do this several times and you will begin to associate that activity with that awful feeling. This tactic takes time to work, but it can shape your behavior just as surely as Pavlov’s dogs.

One of the most brilliant insights from Anthony Robbins is that almost nothing has “any real meaning except the meaning you give it.” Is a death the tragic loss of someone you care about or their being able to go on to a better place? Is losing your job a crushing blow or a chance to find a better place to work? Is that sensation you feel in your stomach right before you walk on stage to give a speech an indication of nervousness or your body getting you energized to perform at your best?

Now combine the realization that most things that happen in your life have no intrinsic meaning with the idea that everything that happens in your life occurs for a purpose and it serves you. That’s an easy belief to buy into if you’re a Christian who believes in a benevolent God, but not as easy if you’re an atheist or agnostic. If you’re having trouble buying into that idea logically, then just accept the possibility that it may be an extremely useful belief to have and see where it takes you in your life if you adopt it for a few months.

Now comes the third stage of reframing: questioning the meaning of events. You’re late to work. Do you pound on the steering wheel and curse your misfortune or, alternately, do you say, “What can I learn from this?” and conclude that you need to leave the house 10 minutes earlier next time? If you ask a woman out and she rudely says “no,” do you think, “Gee, what’s wrong with me?” or do you tell yourself, “What’s wrong with her that she turned me down? The poor girl is probably having a bad day.”

When an event happens that impacts you in some way, ask yourself questions like, “What can I learn from this?” or “How can this make me a better person?” or “What positive meaning could I take out of this situation?” If you do this enough that it becomes habitual, it will completely change your life.

This was originally published at PJ Media.