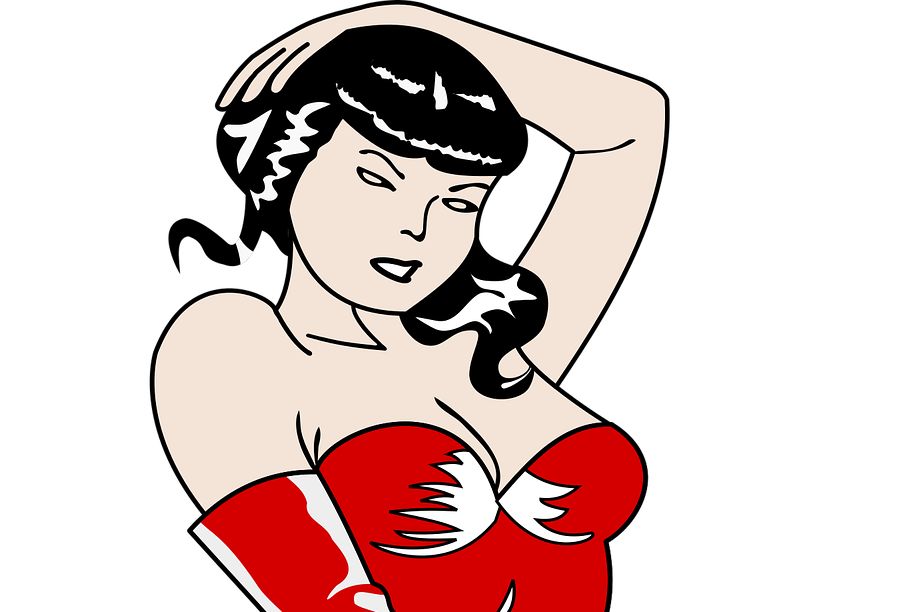 This has been floating around and maybe everyone won’t see it this way, but me, it actually it seems a little sad. This is a woman who has been lied to and she is suffering the consequences. 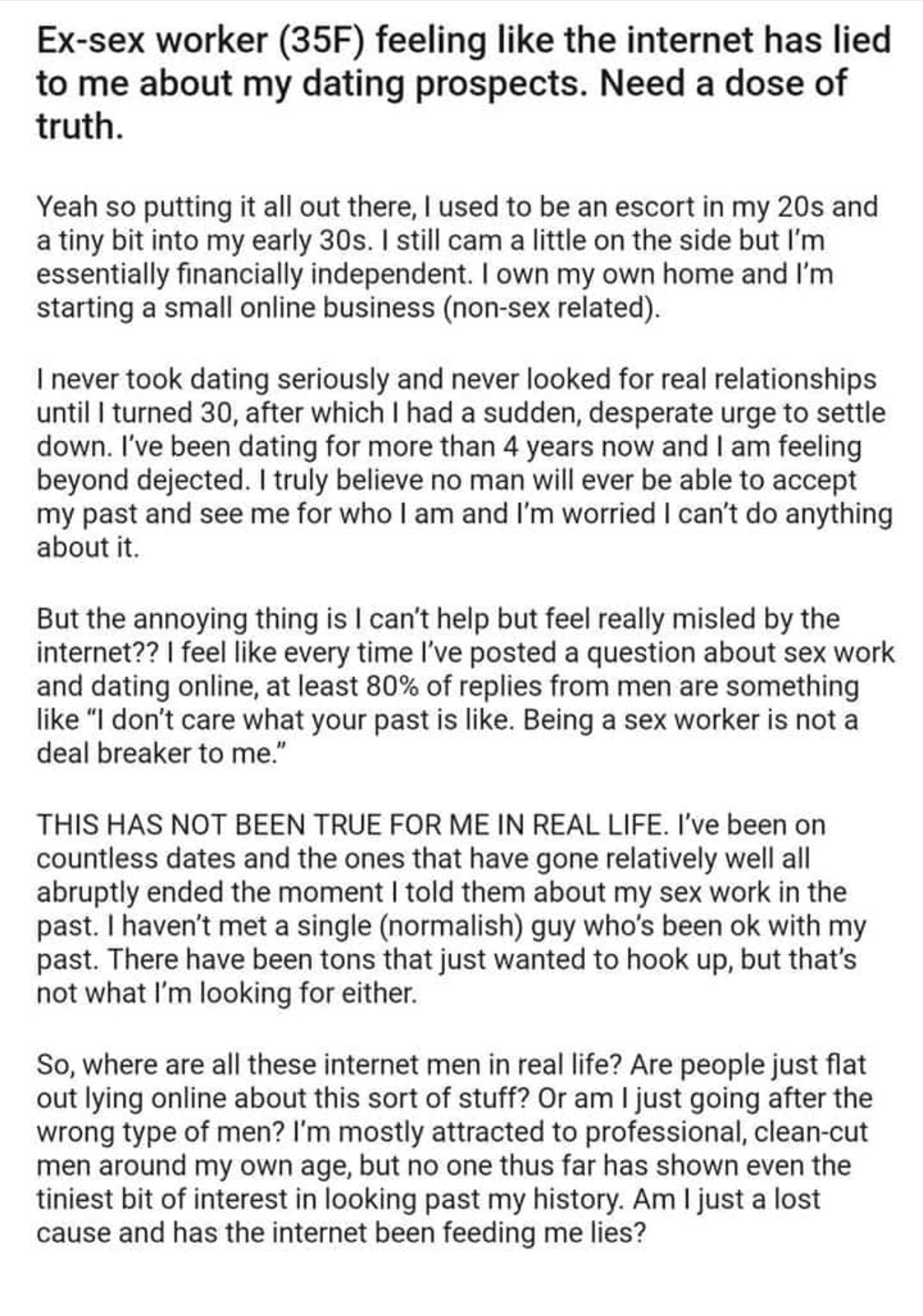 Most people on the Internet are just virtue signaling. They say things solely because they think it sounds good and makes them look better than the alternative. They pay no penalty for being wrong, don’t have to make their advice work in the real world, and they aren’t making any sort of logical consideration of alternatives. On the Left, they consider it to be cool to talk up sex workers, so they do. Of course, when push comes to shove, that doesn’t mean that they’re going to bring a prostitute home to mom. In fact, the vast majority of people aren’t going to do that because as I said, in the first sentence, they’re just virtue signaling.

In this woman’s case, she hit the epiphany phase. She realized she wasn’t going to be young, beautiful, and fertile forever, so she decided to land a man and found this out the hard way.

Why are men like this? Because they find it gross and humiliating to think about large numbers of other men having seen their wife naked or worse yet, having slept with her. Because it might sound kind of cool to sleep with a porn star, but it’s not cool to marry one. Because it would embarrass him to tell his family what his wife used to do. Because other men may look down on him. Because sex work tends to make women mercenary, cynical, and untrustworthy. Because he doesn’t want his kids to see naked pictures of mommy on the Internet one day.

Everyone has pluses and minuses. From a man’s actual perspective, versus the bullsh*t a lot of people spew online, sex work is a huge minus. If you’re a woman who’s tempted to get into that, you shouldn’t forget that because once the toothpaste is out of the tube, you may not be able to put it back in.